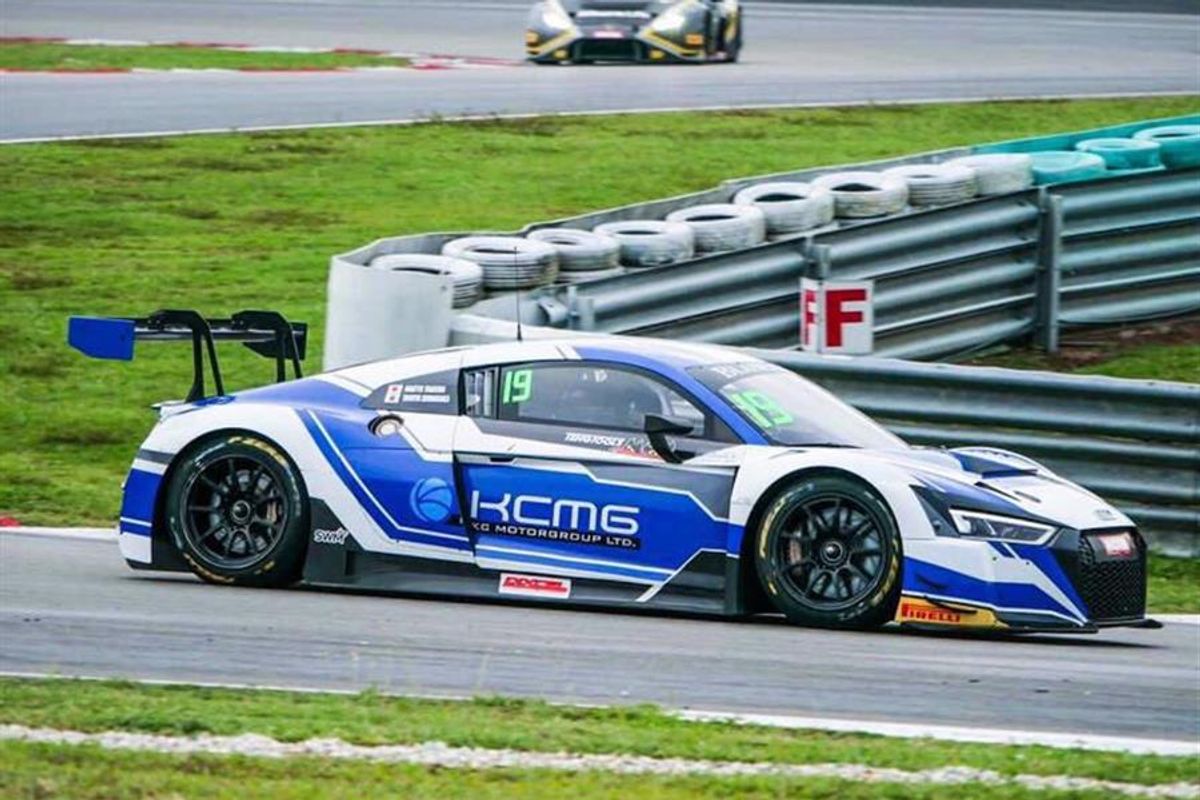 KC Motorgroup Ltd. (KCMG) concluded a challenging outing in Malaysia as the Hong Kong-based squad went through a series of highs and lows during Blancpain GT Series Asia’s opening event at Sepang International Circuit over the weekend.

The first event of the Asian GT series witnessed KCMG clinch its first victory and a podium finish in the GT3 Am/Am class with Japanese drivers Naoto Takeda and Takuya Shirasaka. Meanwhile, the Champion Racing by KCMG Pro/Am entry of Martin Rump and Rick Yoon faced some technical setbacks last Saturday, but the team’s hard work and the drivers’ impressive driving skills paid off during the last race.

The Am/Am team of Takeda and Shirasaka san enjoyed their first Blancpain GT Series win after crossing the finish line in first place with a 23 second lead from T2 Motorsports. The Japanese duo returned the following day for Race two to seal another podium with a top two finish after losing the lead to the #75 car with just three laps remaining to the end of the race. These results after the series’ first round has secured KCMG the lead in the Am/Am classification.

After emerging fastest in the second practice session, the #18 Audi R8 LMS Pro/Am car from Champion Racing by KCMG shared by Martin Rump and Rick Yoon had to sit out the season’s first qualifying session and race due to engine troubles.

The debilitating mechanical problem, which was resolved overnight by KCMG’s hardworking crew, did not stop the Estonian and South Korean duo to make an encouraging comeback in Race two. Displaying strong race pace, Rump managed to weave his way up to 14th place after starting from the back of the grid, while Yoon consistently defended this position – ultimately finishing 13th place overall after a trying weekend.

Martin Rump: “The weekend in Sepang was definitely a tough one. We suffered from a blown engine, so the KCMG boys were extra-busy and working their hardest to get the car back in shape. I appreciate their sleepless nights because without their solid effort we couldn't have started a race! We all learnt a lot, and we'll be back stronger in Thailand for Round 2.”

Rick Yoon: “I had very good pace through the official free practice sessions. When my partner Martin Rump topped Free Practice 2, we were very excited for the race. Unfortunately, during the third session we had an engine trouble and we missed both Qualifying and Race one. It was very unlucky, but the team put a lot of hard work in to replace the engine for Race two. Despite starting at the back of the grid and suffering some pit stop issues, Martin showed fantastic performance and overall, we finished the race in P13 and confirmed that both of us have strong pace to fight for the championship. I am looking forward to the second round in Thailand.”

Naoto Takeda: “It was a great honor to participate in such a highly competitive series and to race against different GT3 cars. I am very happy to win the opening race with Shirasaka san. We were aiming for a double victory so it was a bit disappointing when we only managed to finish Race two in second. We will continue to work hard as our objective is to win in the next event in Buriram. I would like to say thank you to the entire team who worked hard with me and Shirasaka san over the weekend.”

Takuya Shirasaka: “It was a great experience to race in Blancpain GT Series Asia at Sepang. The race format and tyres used for this series is quite different compared to the Japanese races that I’ve participated in. I would like to say thank you to my team-mate Takeda san, the entire crew and all of our sponsors who made my Blancpain outing possible. I’m very happy to win the opening round of this new series with KCMG. We’re aiming to produce the same strong results in Thailand and since I’ve never raced at Buriram before, I am looking forward to this new challenge.”