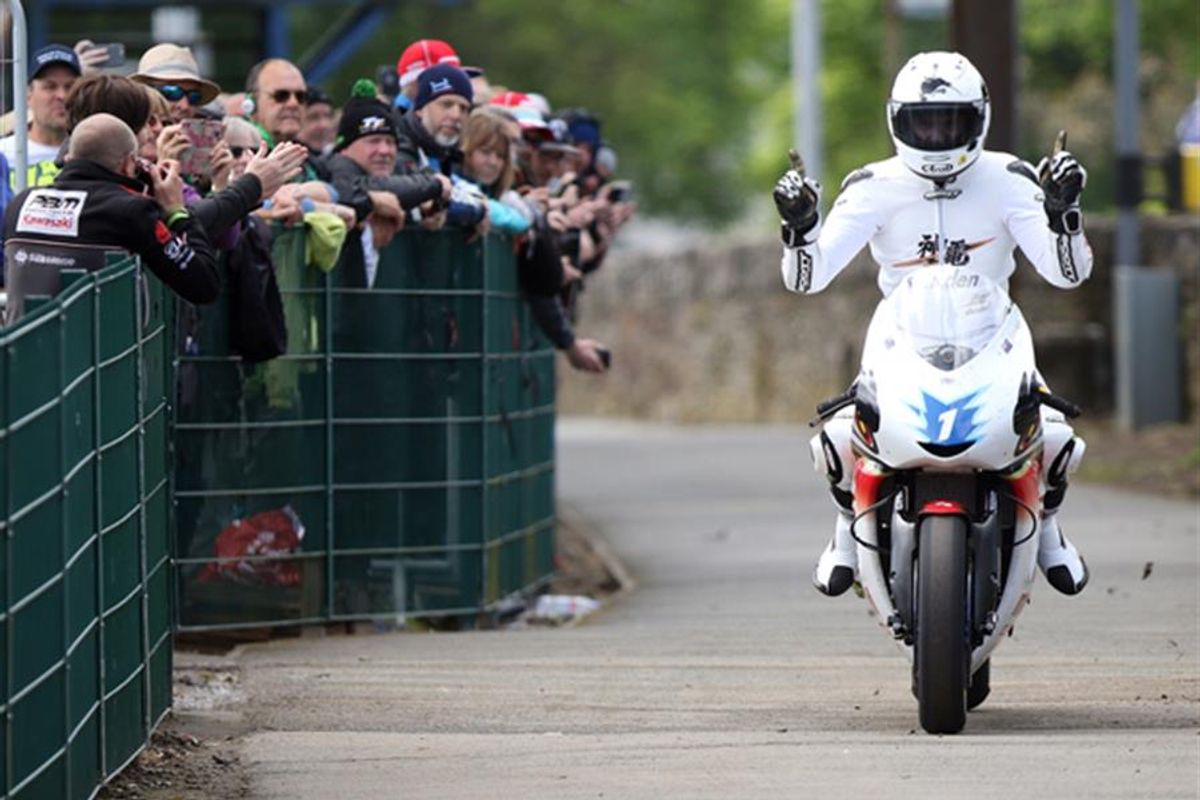 Anstey had already established a commanding lead of over 10 seconds from Martin by the first checkpoint at Glen Helen with Mathison 14 seconds back in third but already establishing a 2 second gap over his nearest challenger Harrison in fourth.

By Ballaugh Anstey’s lead had stretched to 18 seconds from his Mugen teammate although Martin clocked the fastest time through Sulby speed trap with 162.9 to the Kiwi’s 162.1. The time was noticeable as it was faster than any of the Lightweight times through Sulby during the previous day’s race.

By Ramsey Anstey’s was a decisive lead of almost thirty seconds from Martin with Mathison maintaining third from Harrison.

Anstey maintained a healthy lead over the nine mile Mountain section and duly brought his machine home to win the race from Martin with Mathison claiming University honours in third and Harrison getting the Sarolea machine over the line in fourth after last year’s disappointment.

Guy Martin, Mugen Shinden, said:
“It’s been an interesting week with the missed laps I’ve been behind and it’s Bruce’s fourth year. I’ve had to adapt and it’s like riding a 250. You can compare it to the Wall of Death and ride it with a glass throttle. I feel honoured to be asked to be involved in the Mugen project. Those boys are different league. This is the future and I’m over the moon to be involved as I’d been really looking forward to it.”