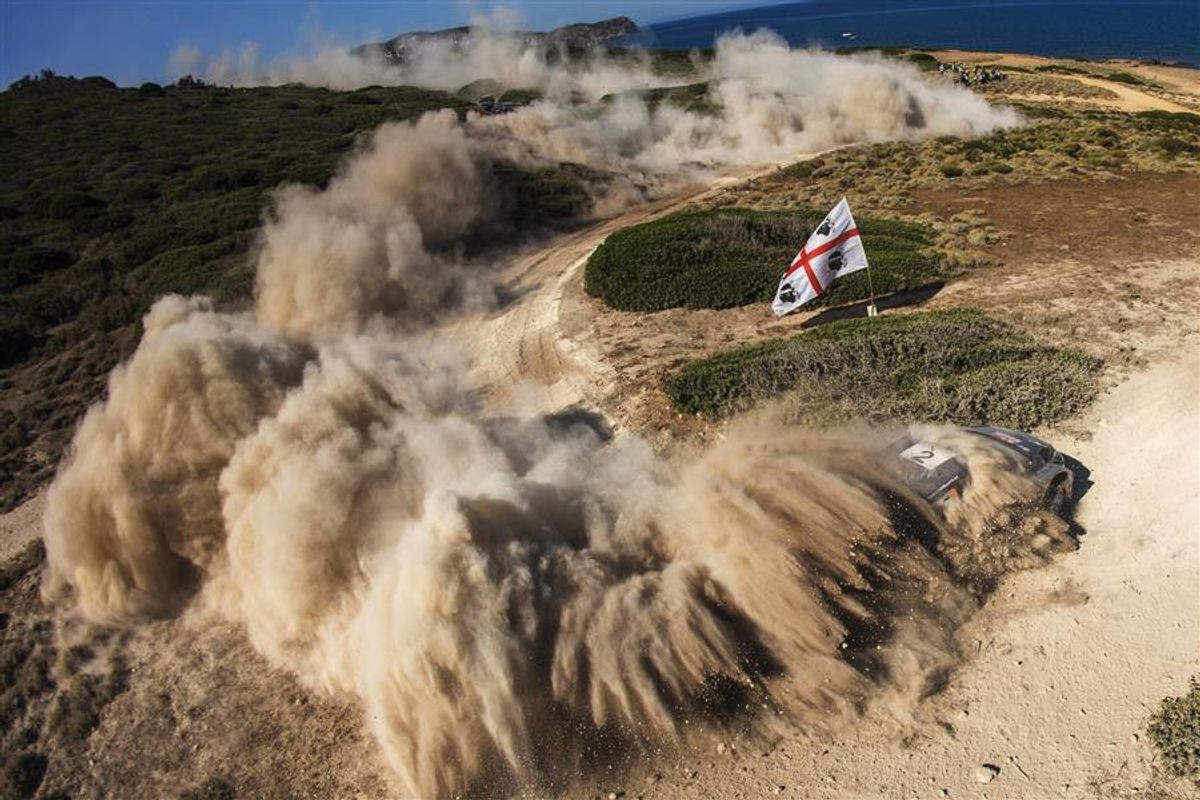 Victory in the gruelling four-day rough road encounter was his first success in 73 starts and he became the fifth different driver to win in seven rounds during this unpredictable season.

Driving a Ford Fiesta, the Estonian headed Jari-Matti Latvala’s Toyota Yaris by 12.3sec after 312km of action on scorching island roads. Thierry Neuville was a further 55.4sec back in a Hyundai i20, closing the gap on championship leader Sébastien Ogier to 18 points.

It was Estonia’s first WRC win since Markko Märtin’s 2004 success in Spain and promoted Tänak to third in the standings as the season reached its midpoint. Märtin went on to become Tänak’s mentor in his climb to the sport’s top level.

The 29-year-old's win was sealed after a late scare when a hole allowed the Fiesta’s cockpit to fill with dust in the sandy conditions. With his visibility seriously impaired, Tänak overshot a junction on Sunday’s opening speed test and slithered into bushes.

It offered a glimmer of hope to Latvala, who was chasing down a 23.3sec deficit, but when the Finn stalled his engine in the next special stage, he conceded defeat. Tänak measured his pace through the final three tests to score an emotional win.

“It was a difficult weekend but the first half of this season has been great,” said Tänak. “The new car and a strong team-mate is making me push hard. I hope it’s the first of many wins because it’s all coming together now.”

Latvala headed a strong weekend for Toyota Gazoo Racing, with three cars in the top six. He avoided major problems in a rally of attrition to remain firmly in the title battle.

Belgian Neuville led initially and stayed in contention despite enduring the worst of the conditions on the slippery gravel roads on Friday. A brake problem on Saturday cost a minute and ended his bid.

Esapekka Lappi was a remarkable fourth in only his second World Rally Car outing. He won six of the 19 tests in his Yaris to finish 1min 12.4sec ahead of Ogier.

The second half of the season begins on the fast gravel roads of Orlen 74th Rally Poland, which is based in Mikolajki on June 29 - July 2.

FIA World Rally Championship (round 7 of 13):