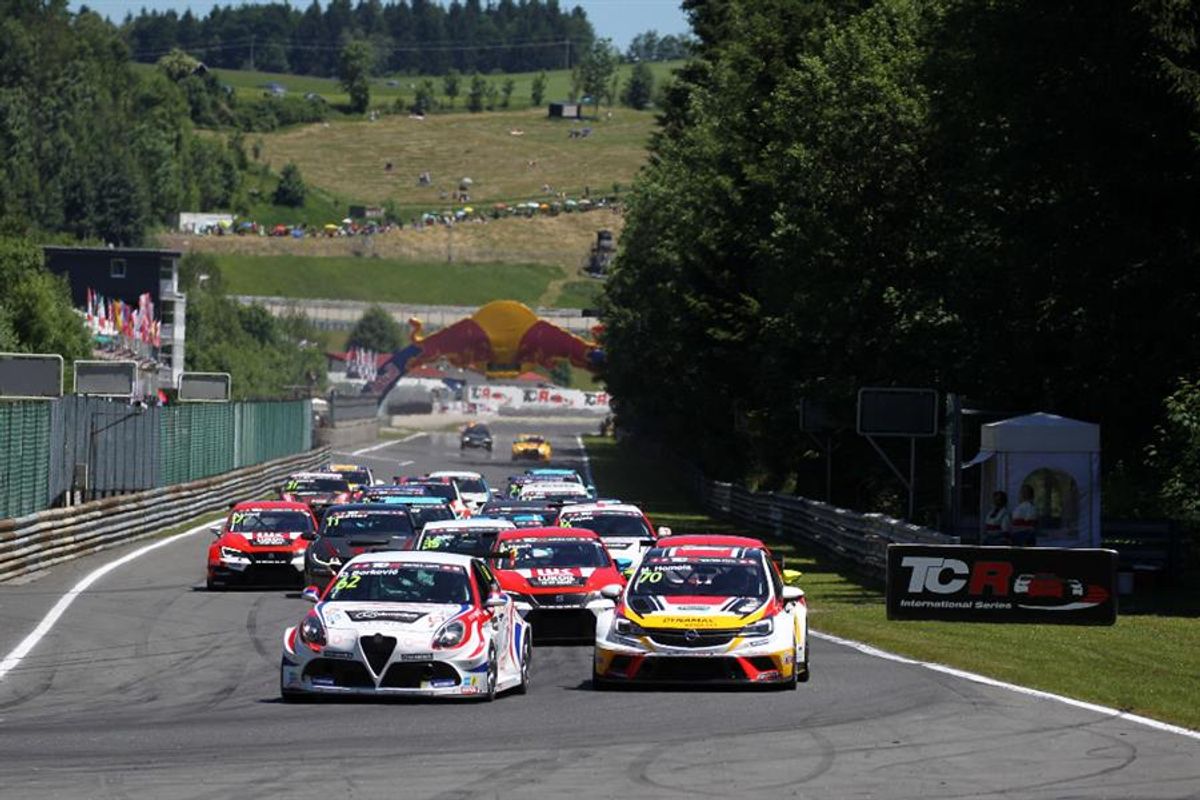 The Alfa Romeo Giulietta TCR by Romeo Ferraris adds another success in the 2017 TCR International Series to its string. On the historic Salzburgring track, for the fifth event of the season, the engineering company based in Opera which has developed the Giulietta TCR and now provides technical assistance to the GE-Force team has celebrated its third triumph, in the Race 1 of the Austrian round.

It’s Dusan Borkovic, already first in Bahrain, to take the honours again this time, after taking the lead from the start, making perfect use of the first row position obtained in qualifying, only 71 thousandths adrift from the pole position. It’s a significant achievement for the Italian car, which proved competitive on the fast Austrian track already last year. Good finish position (7th, coming from 14th in the grid) for the other team of the driver and winner at Rustavi, Davit Kajaia, who collected some more useful points.

The two drivers were rather unlucky in Race 22, with Borkovic stuck in the gravel at turn 9 in lap 6, while Kajaia was bound to another points finish when he was slowed by a punctured tyre.

After the Salzburgring event, Borkovic lies now fifth in the overall standings, with 82 points, while Kajaia is eighth, with 59. Their combined toll (141) allows GE-Force to be fifth in the Teams’ standings. The TCR Internatonal is back in action already this weekend, at Budapest, within the prestigious framework of the DTM and European F.3 event.

Michela Cerruti, Operations Manager Romeo Ferraris
"We are clearly very happy of this third success of the season, which proves our level of competitiveness and comes after some disappointments at Spa and Monza, where we could not harvest what we deserved. To achieve three wins in 5 events, with no doubts, makes us proud and gives us a tremendous boost of confidence. Day after day, the group of people in the team is getting and more and more efficient and united, thanks also to the support of GE-Force and our partners in Georgia”.