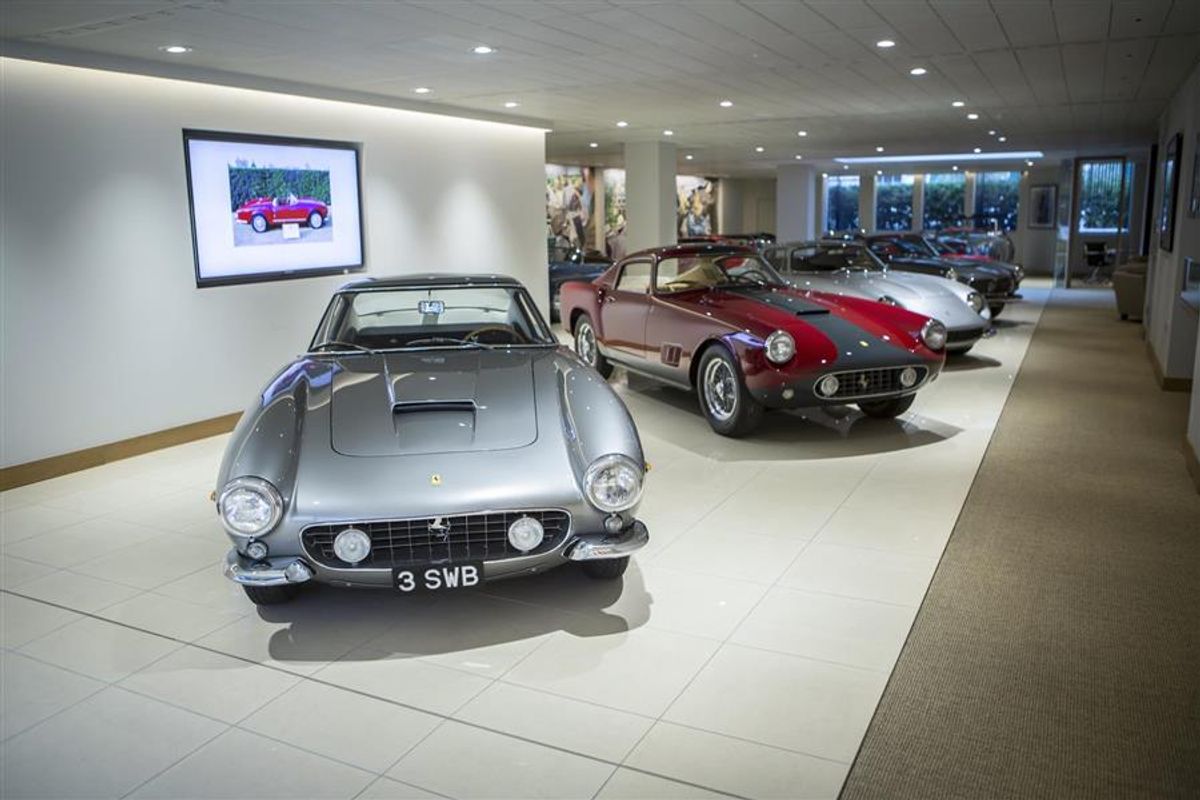 JD Classics has taken its first major step in international expansion, joining forces with Morris and Welford to open a new premier classic and sports car dealership in Newport Beach, California in July 2017.

Miles Morris and Malcolm Welford have over 50 years of combined service in the classic car world, and they established “Morris & Welford LLC”, their exclusive classic car brokerage in 2003. During this time, the principals have built an enviable reputation as specialist historic car consultants, acting for collectors across the globe.

Over $650m of deals brokered in the last ten years gives credibility to the team’s professionalism and to the trust their clients have in them -and it was this reputation for professionalism that also attracted Derek Hood, JD Classics’ founder when he was considering JD Classics’ expansion to the USA.

“Miles and Malcolm are highly respected professionals in the classic car business. They are passionate about the cars, trusted by their clients and they both believe in delivering the highest level of quality. These traits are entirely consistent with the values JD Classics holds dear and I am delighted we have been able to join together in this new venture in Newport Beach” said Mr. Hood.

The new dealership will be located at 4040 Campus Drive, Newport Beach, California 92660. The team have brought together an initial collection of fine classic and sports cars, assembled from round the world, and are excited by the launch.

J.D Classics
Founded by Derek Hood in 1987, JD Classics is one of the Europe’s leading classic car sales, restoration and classic motor racing businesses. With a team of over 60 specialists operating from a purpose-built 155,000ft2 facility in Maldon, Essex, U.K., JD Classics prides itself on delivering concours-winning restorations and race-winning cars. JD Classics also has a showroom in Mayfair in central London.

JD Classics’ headquarters consists of seven showrooms, within which reside a wide-selection of marques, genres from pre-war to present, a collection of road and racing cars and extensive restoration workshop facilities.

JD Classics’ Historic Racing Team travels internationally to display and race its collection of cars at a range of events. JD Classics is a sponsor of Goodwood, the Mille Miglia and the Le Mans Classic and also attends the Monaco Historique, Villa D’Este, Quail Lodge, Pebble Beach and the Algarve Classic amongst other classic car events.

MILES MORRIS
Based in Connecticut, Miles Morris hails from a famous UK motoring family and is a third-generation collector and enthusiast. His grandfather raced cars at Brooklands prior to World War I, while his father Martin Morris was well known for historic racing, notably in a Works D-Type Jaguar and an ERA.

Miles is an official FIVA inspector and examiner, and is an active participant in the motoring scene and has competed in Europe in a C-Type Jaguar, an ERA and a Frazer Nash. While in America he has enjoyed events such as the Colorado Grand 1,000 mile tour in such diversified cars as a 1913 Mercer Raceabout, a 1953 Aston Martin DB3S and a 1959 Ferrari California Spyder.

Miles has judged numerous international classic car events including the Pebble Beach Concours d’Elegance (where he also serves as a member of the Selection Committee), the Greenwich Concours in Connecticut, Louis Vuitton events in New York and London and the Amelia Island event in Florida.

Miles has been a frequent guest on the Today Show and CNBC’s Power Lunch as well as appearing on various documentaries. Miles was a contributing author of the book published and edited by the Simeone Automotive Foundation “The Stewardship of Historically Important Automobiles” which won the prestigious Motoring Publication of the Year in 2013.

MALCOLM WELFORD
Malcolm Welford is based in Newport Beach, CA, and has been involved with historic motor cars all his life having grown up watching racing in England in the 1960s with his father at Goodwood, Oulton Park, Brands Hatch and various club circuits.

In 1995 he joined Christie’s auction house as a Senior Specialist in the UK offices of their International Motor Car Department before moving to California.

Malcolm serves on the FIVA Technical Commission Working Group and is also an official FIVA inspector and examiner, as well as being an active member of many car clubs and motoring organizations. He has competed in the Mille Miglia, Tour Auto, Marrakesh Historic Rally, Le Jog and many other prestigious car events.