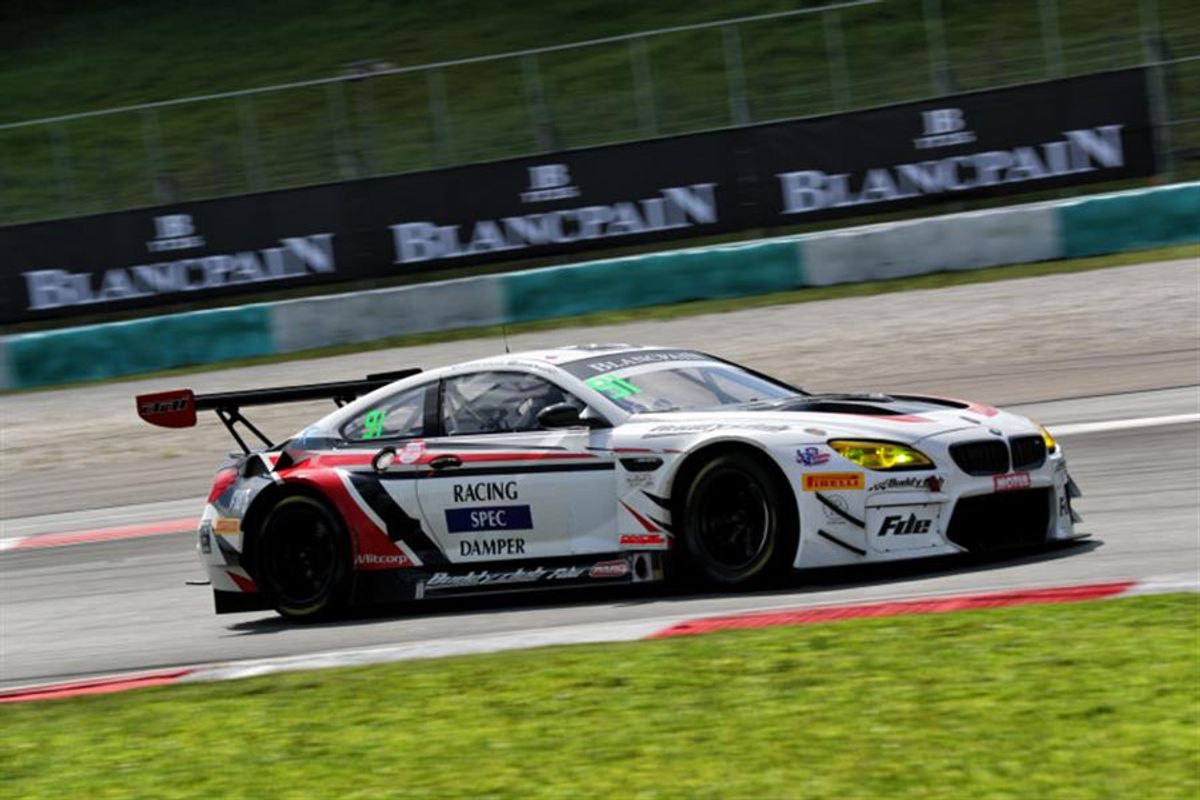 Super GT Championship race winner Sean Walkinshaw will make an unexpected debut in the high-profile Blancpain GT Series Asia this coming weekend, 19th/20th August, where the British driver will join the FIST Team AAI squad at Fuji – the venue of his maiden success in Super GT.

Officially confirmed today as team-mate to fellow Silver graded driver Jesse Krohn, sharing the No.91 BMW M6 GT3, Chipping Norton-based Walkinshaw is to form part of the biggest grid of the season with 34 cars set to line-up at the famous Japanese venue.

His debut in Blancpain GT Series Asia will come, of course, just a fortnight after the outstanding maiden GT300 victory achieved by Walkinshaw and regular 2017 team-mate Shinichi Takagi at Fuji Speedway during round five of the Super GT season in their Autobacs Racing Team Aguri BMW.

Brimming with confidence after the sensational result, which actually marked the Oxfordshire racer’s first win since competing in Formula 3 back in 2012, Walkinshaw is absolutely relishing the chance to showcase his skills in Blancpain GT Series Asia at a track he knows and with a car he is familiar with.

“I’m absolutely delighted to be making my debut in Blancpain Asia with Team AAI, it’s a fantastic opportunity and I’m really looking forward to working with Jesse [Krohn] and the guys at the team for the first time”, said the 23-year-old, “Obviously the car is an M6 BMW, the same as the one I share in Super GT, so I’m aiming to hit the ground running and put together a strong weekend.

“Fuji is a circuit I know quite well now, and it’s great to be going back there so soon after the win in Super GT a couple of weeks ago. Everyone knows how competitive Blancpain Asia is, there are some incredible teams and very experienced drivers, so we’re not setting any goals at this point. We just want to be as competitive as we can and see what happens.”

FIST Team AAI contested the opening event of the Blancpain GT Series Asia in April at Sepang in Malaysia and this coming weekend will mark only its second appearance of the campaign with a pair of BMW M6 GT3 cars.

In Malaysia, Walkinshaw’s team-mate Krohn secured an outright podium with third position in the championship curtain-raiser to underline the potential of the FIST Team AAI package. Krohn, who like Walkinshaw started out his car racing career in single-seaters, brings experience in recent years from ADAC GT Masters and the European Le Mans Series where he is a GTE race winner with BMW.

An interesting footnote ahead of the Fuji event is Walkinshaw’s regular season Super GT team-mate Takagi will also be racing at the weekend. The Japanese pilot will be driving the sister FIST Team AAI entry along with Jun San Chen.