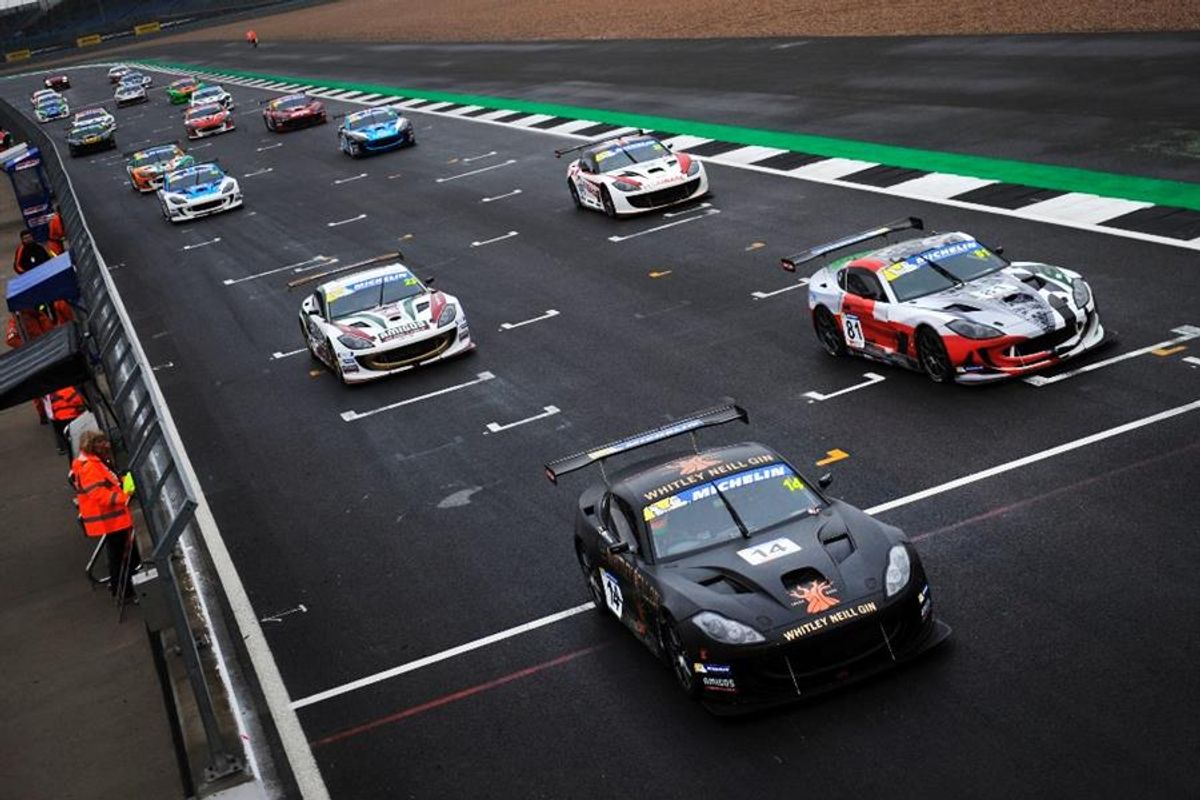 Declan Jones misses out on Silverstone podium, but still posts the fastest lap of the race in race three and bags two fourth places for the Rob Boston Racing-Whitley Neill Gin team

Declan Jones just missed out on a podium finish in his Whitley Neill Gin branded-Ginetta G55 during round seven of the 2017 Michelin Ginetta GT4 SuperCup at Silverstone (September 16-17).

The Halewood Wines & Spirits-backed star again displayed race-winning pace – just like he had at Snetterton and Rockingham in recent events - and in the third and final race of the weekend that was broadcast live on UK television on ITV4, battled his way through from ninth to third, grabbing the final rostrum position right at the end. However, due to a timing issue, all competitors did one extra lap, and on count back Declan was classified fourth.

Despite that though, Declan showed good pace throughout and was fifth fastest in qualifying on the Saturday, just 0.033secs off the second row and only 0.309secs off pole.

The Rob Boston Racing-Whitley Neill Gin team man then took fourth in the opening race, before being punted off with only a handful of laps remaining while running in the same position in the rain delayed second race.

The final race might not have seen him take his third podium from as many events but the 22-year-old could still console himself with the fact he posted the fastest lap of the race and left having increased his season tally to 358 points in total, leaving him well in contention in the battle for third and fourth in the Championship – 19 points off P4.

“It has not been the easiest of weekends, but at the end of the day walking away with fastest lap in the final race and showing such a good strong comeback drive from ninth on the grid to fourth was encouraging. It was a positive way to end the weekend,” Declan said.

“Qualifying was very close. I didn’t get a fully clear lap but was still only three tenths off pole position,” he continued. “The first race was then okay. It was quite eventful but I just had to keep it clean and try and get a good start position for the next race. I had the pace to come through and in the end with people exceeding track limits I got fourth.

“Race two was then delayed until Sunday morning due to heavy rain. It was wet still and again I was on course for fourth and the car was just starting to come on, but then I got T-boned off and it put me right back and I finished 13th.

“For the final race I started ninth, had a good start and slowly worked my way up. The car came on a little bit late, but once it came on, it was absolutely on it. It was fantastic and I could take chunks of time out of everybody in front of me. I had a couple of good battles and was then catching the battle for second. I caught up to them and got third on the last lap – or what I thought was the last lap. We all ended up doing one extra lap after the chequered flag wasn’t shown at the correct time and in the end that last lap was ruled null and void, so it put me back to fourth.

“So mixed feelings, and I am a little bit further away from the top three in the Championship now than I would like to be but I have just got to keep my head up. I am looking forward to the season finale at Brands Hatch. The car is good, the team is good and I have solid backing from Whitley Neill Gin. I always come back strong from stuff like this and know we can do a good job there.”

Meanwhile, Rob Boston Racing boss, Rob Boston felt Declan was unlucky, but still had much to be positive about particularly the pace he demonstrated.

“Declan performed really strongly this weekend, but as a whole had a rough run of the green - and through no fault of his own, like when he was pushed off in race two,” Rob explained. “Still he showed great pace and resolve and in the final race pinched a podium with a great move on the final lap only to find post-race there was one lap too many and on countback he was classified fourth.

“Overall though he scored good points and really stamped home the point that he is quick with that fastest lap in the final race. He will be chipping away now to try and improve his Championship position. He has come away feeling quite punchy and I think he will carry that momentum on to Brands in two weeks (September 30-October 1). Declan is a real fighter and has already said he likes Brands. I am confident the Rob Boston Racing-Whitley Neill Gin team can do very well there.”