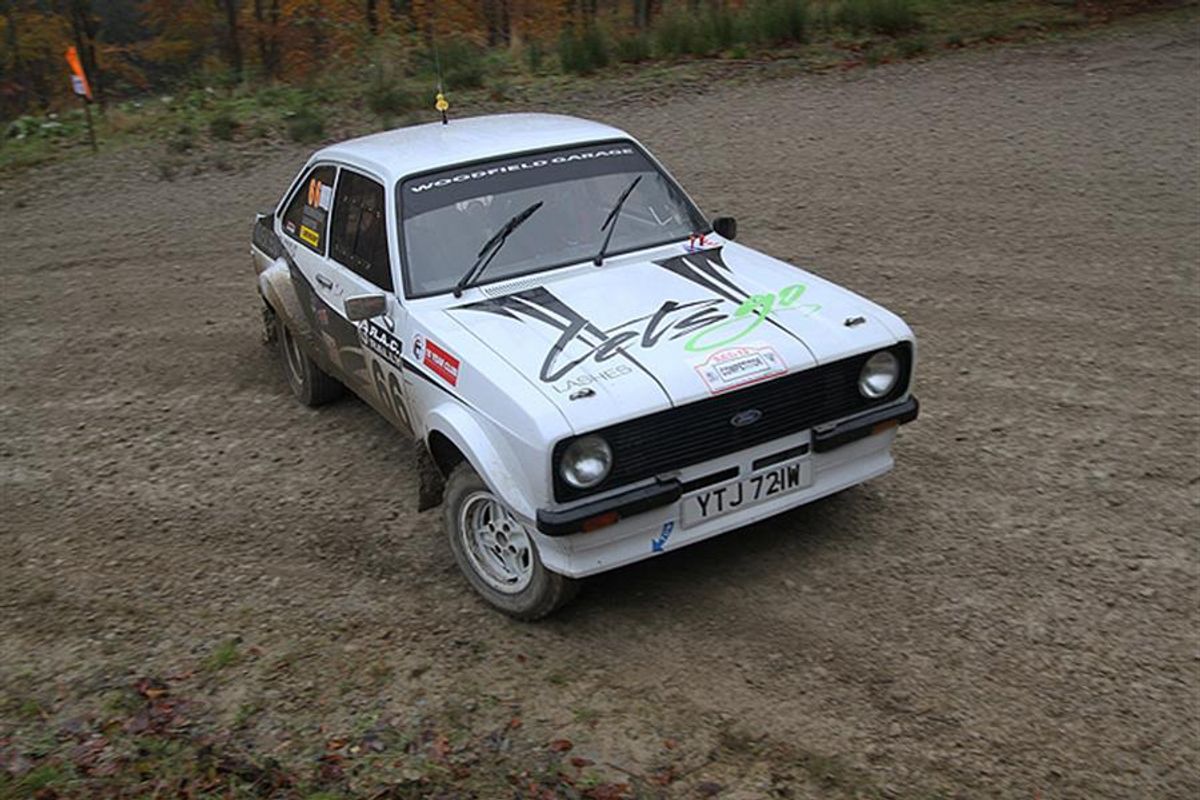 of Wales, Northumberland and Scotland

One of the most anticipated rallies of the season is nearly here as the Roger Albert Clark Rally (10-13 November) pitches 95 rally crews against the forests of Wales, Northumberland and Scotland.

This epic four-day challenge is the biggest challenge in British special stage rallying for more than 20 years and has a particular focus on cars from up to 1981. A superb field will gather in Leominster, Herefordshire for the start of what will be, for many, the toughest rally of their careers. The rally HQ, including pre-event documentation and technical checks, will be Brightwells in Leominster where spectators are welcome to see the cars from mid-day until 7pm on Thursday (9 November). Admission to Brightwells is free of charge.

Taking this major sporting event to Leominster is expected to put more than £100,000 into the local economy at a quiet time of the year for the tourism industry. Hotels and businesses in and around the town are benefiting significantly from the event, which will deliver at least 1000 hotel nights as well as money into pubs, restaurants, garages and other retailers. Some overseas crews and event officials will arrive in the area during Wednesday 8 November.

The competitive action begins on Friday morning at the historic and spectacular setting of Shelsley Walsh for two short, sharp stages at the fabulous Worcestershire speed hillclimb venue. The action starts from 9.30am with the cars tackling the famous hill in both directions through until around mid-day and spectator admission is just £5 per person.

Then, for the first time in the event’s history, the action moves into the Welsh forests for a day of classic stages including two runs at a challenging 14-mile stage in Radnor Forest. Later the crews head back to Brightwells in Leominster for the end of the day service from around 5.30pm. Then a special transport section will allow the crews to load the cars onto trailers for the trip north to Carlisle, where the rally will be based for three days.

Saturday is a tough day with special stages across Northumberland including the infamous Kielder forest. Sunday is spent in Scotland, while the Roger Albert Clark Rally has a sting in the tail as Monday takes crews into the central block of Kielder forest for another tough leg including two 19-mile stages in Caplestone Fell. The jubilant survivors will finish at the new Kielder Waterside complex from around 2pm on Monday and just reaching the finish will be a mighty achievement.

Of course, the leading crews have ambitions far above simply finishing and whoever leads the field home will have won a huge victory. Three former event winners are at the head of the entry, capped by 2014 victors Matthew Robinson and Sam Collis from Yorkshire. Right behind them will be Northern Irish ace Marty McCormack and co-driver Liam Moynihan.

Yorkshire legend, and former double winner, Steve Bannister is back this year and the final crew in the big four is the pairing of triple MSA British Historic Rally champions Jason Pritchard (Builth Wells) and Phil Clarke (Church Stretton).

While the big four are likely to set the ultimate pace, there are plenty more crews set to be firmly in the running, including the next six Ford Escort Mk2s. Both Rudi Lancaster (Devon) and Steve Bennett (Ross-on-Wye) have come back to rallying in recent seasons after once being contemporaries of former World Rally Champions, the late Richard Burns. Lancaster will be co-driven by Guy Weaver from Wolverhampton.

Simon Webster (Norwich) and Jez Rogers (Bridgnorth) is another crew in this chasing pack, while a real dark horse is Leominster crew Roger Chilman with and Bryan Thomas. Paul Griffiths (Chester) already has top three Roger Albert finishes in his record and, with co-driver Iwan Jones, will be strong while Alan Walker (Bridgnorth) and John Connor (Halesowen) team up for the first time on Walker’s first event in his Escort since the 2014 Roger Albert Clark Rally.

In the classes for the less powerful historics, crews like Ben Friend/Cliffy Simmons (class D3) and Adam Milner/Roy Jarvis (class C2) are stand-outs and Milner will be slaying plenty of giants if he can find a pace that will get him through to Monday. Heading the Category 1 entry for the pre-1968 cars is the remarkable Bob Bean and co-driver Malcolm Smithson in their freshly prepared Lotus Cortina. Meanwhile, very welcome overseas crews are peppered down the entry, including Christophe Jacob and Isabelle Regnier in their Escort Mk2.

A fabulous array of cars ensures that this event is not just about Ford Escorts and real crowd pleasers include the Lancia Stratos of Steve Perez/Paul Spooner and the Chevrolet-powered Vauxhall Firenza of the evergreen Jimmy McRae and Pauline Gullick. Other popular cars will include the Opel Ascona of Theo Bengry and Les Forsbrook and the Manta 400 of Frenchman Jean-Louis Thizy.