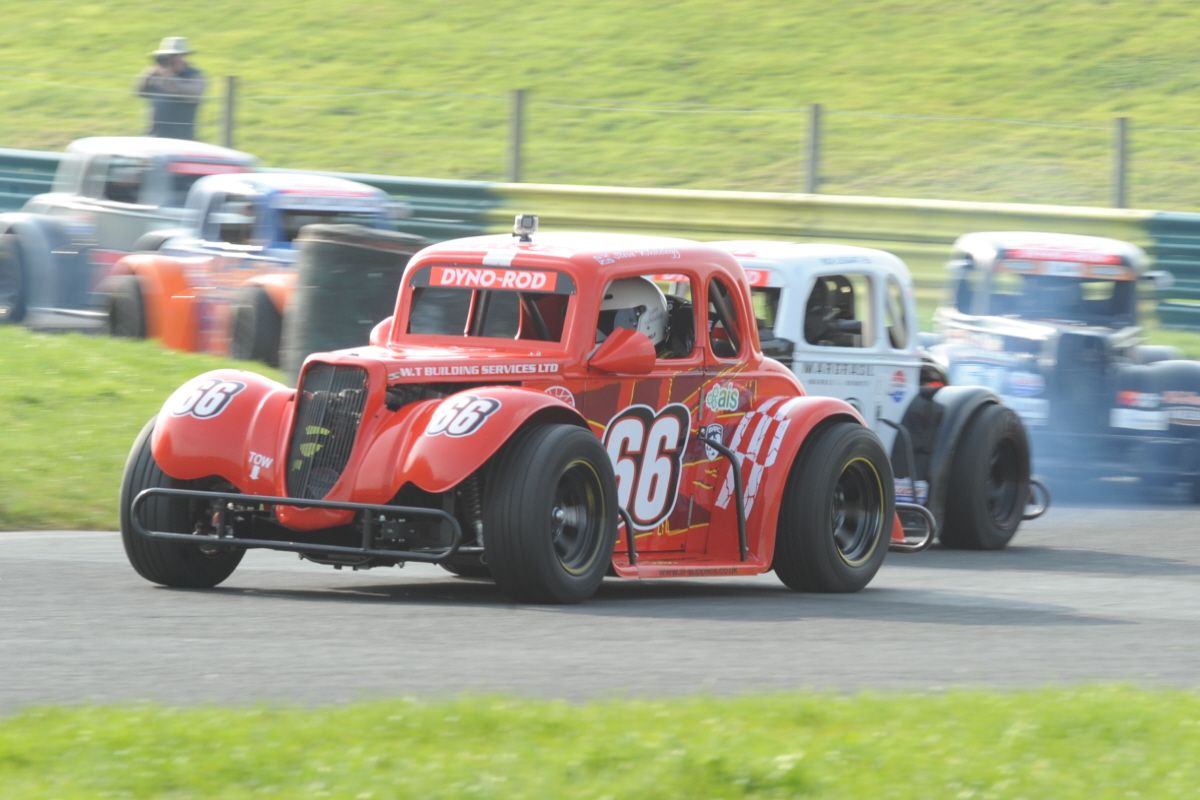 One of club-level motorsport’s biggest prizes, an end-of-season test with top British Touring Car Championship team DUO Motorsport with HMS Racing, is again up for grabs to the drivers of the Legends Cars National Championship with MRF Tyres this year – and the big battle is getting hotter.

With just three Legends Cars race meetings to go this season, the next taking place at Snetterton in Norfolk in September, the championship is very much reaching the business end of proceedings in the fight for the coveted series crown and also the outstanding BTCC test prize.

As in 2017, all of the registered competitors for this year’s Legends Cars National Championship with MRF Tyres are eligible to score in the standalone points table which will determine the lucky winner of a test outing in DUO Motorsport with HMS Racing’s stunning Alfa Romeo Giulietta.

Newly constructed by the Swindon team for the current touring car season, the Alfa Romeo – which is expertly raced by fan-favourite Rob Austin – is one of the most exquisite pieces of engineering on the BTCC grid and certainly the most eye-catching.

With six Legends Cars events in the book already this season, multiple race winner Steve Whitelegg (Bury) is the driver in the box seat at the top of the BTCC test table and holds a healthy 41-point advantage over Sean Smith (High Wycombe) with Jack Parker (Wolverhampton) third.

As last year, drivers are awarded points across three categories in the standalone table, overall performance, presentation and sportsmanship, in order to give each competitor the fairest possible chance of mounting a challenge for the huge prize.

As well as the overall winner having the incredible opportunity to test the Alfa Romeo, with key tutelage from Rob Austin, others will have the chance to experience high-speed passenger laps from the multiple BTCC race winner and gain a big insight into the world of touring car racing.

“I’m absolutely thrilled we’ve been able to offer the BTCC test with DUO Motorsport with HMS Racing as a prize again this year, and I must obviously say a huge thank you to team boss Simon Belcher and also Rob Austin for their continued support”, said Legends Cars National Championship with MRF Tyres owner Phil Cooper.

“It truly is an incredible prize, undoubtedly one of the biggest in club-level motorsport, and with the added appeal this year of being able to get behind the wheel of the team’s beautiful new Alfa Romeo! Once again, we’re giving the fairest opportunity to our drivers with the different scoring criteria – it isn’t all about race results – and with only three events left, the battle is heating up.”

Last year, eventual Legends Cars Vice-Champion Ben Power (Guilsfield, Powys) won the inaugural prize test with HMS Racing’s then race-winning Toyota Avensis. Whitelegg and Anthony were second and third in the table, earning them a number of passenger laps in the Avensis alongside Austin.

Legends Cars will return to track action for the seventh race meeting of 2018 over the weekend 8th/9th September at Snetterton 300 Circuit in Norfolk.