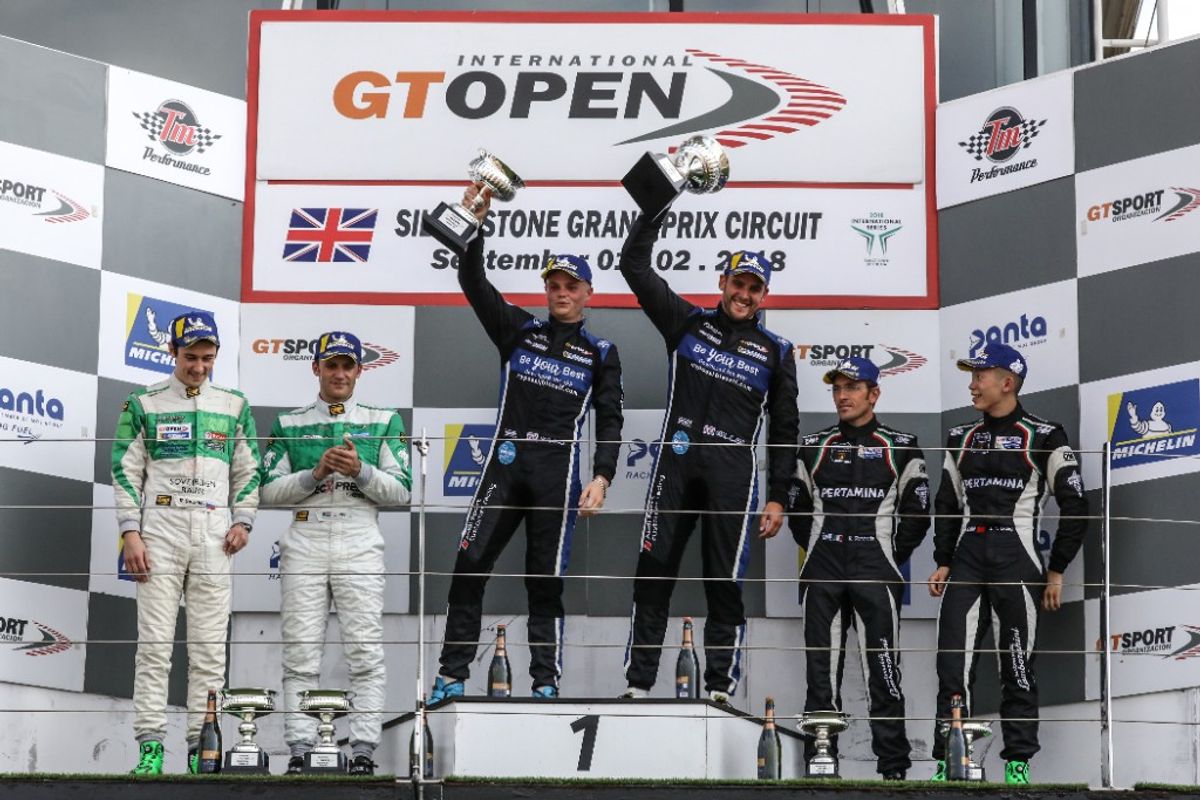 Optimum Motorsport recorded its second GT Open race victory of the season at Silverstone on Saturday (1 September) with the winning margin of just half a second in a tense battle for the win. While Sunday’s race was not as fruitful with a fifth-place finish, it was another impressive weekend overall for the team and drivers with another large points haul for the championship.

Having tested at the circuit ahead of the fifth round, Optimum Motorsport were not quite sure what to expect from the weekend. Ollie Wilkinson and Bradley Ellis worked through the Friday test programme and come qualifying, were right on the pace in the #96 Audi R8 LMS. Bradley set the third fastest time in the Pro-Am class, setting things up nicely for the 70-minute race.

Bradley made a good start, maintaining position behind the #33 of Daniel Kellwitz in what soon became a high-speed train for position. Opting to run a longer first stint, Bradley pitted with 30 minutes remaining, making good use of his extra track time to help Ollie take the lead after the driver change.

Ollie had a small cushion behind with two Pro cars separating him from the rival Pro-Am behind. The Pro cars picked up the pace and Ollie was forced to yield and let them through for their own personal battle and this put him under pressure from the resurgent #333 Ferrari. He withstood the pressure brilliantly in the final two laps to take the chequered flag and victory by just half a second.

Having shone on Saturday, Ollie gave his all in qualifying for Sunday’s race, but found that the balance of the car was not quite to his liking with entry oversteer. Lining up ninth and facing an extra ten second success penalty in the pitstop, both he and Bradley had work to do.

It was however another strong race despite the extra pitstop time. Bradley was able to work his way up the order, gaining two positions on one lap in the closing stages to finish fifth. The result means that the driver pairing are fourth in the championship with 38 points, outscoring all of their rivals again with two rounds remaining.

Shaun Goff, Team Principal
“The first race underlines our pace as a team and it was a flawless performance from everybody concerned. It was close at the end but winning is never easy. The additional ten seconds success penalty hurt us in the second race, but the stop was slick, and it was damage limitation from that point. We fought our way back up the order and championship-wise we’ve certainly closed the gap.”

Bradley Ellis
“The first race was very good. The lap times, the pitstops, everything went to plan. We ran a longer first stint which worked well as the cars that pitted earlier we were able to jump cars when we pitted. I followed in the car in front into the pits having made a bit of a mistake on the lap, so I was determined to close the gap on pit entry. It was on the limit and I made the time back up and Ollie did a great job from there, especially in the closing laps when we lost the buffer of the Pro cars in between us and P2. Ollie didn’t put a foot wrong or give an inch.”