British GT champions to be crowned at Donington decider 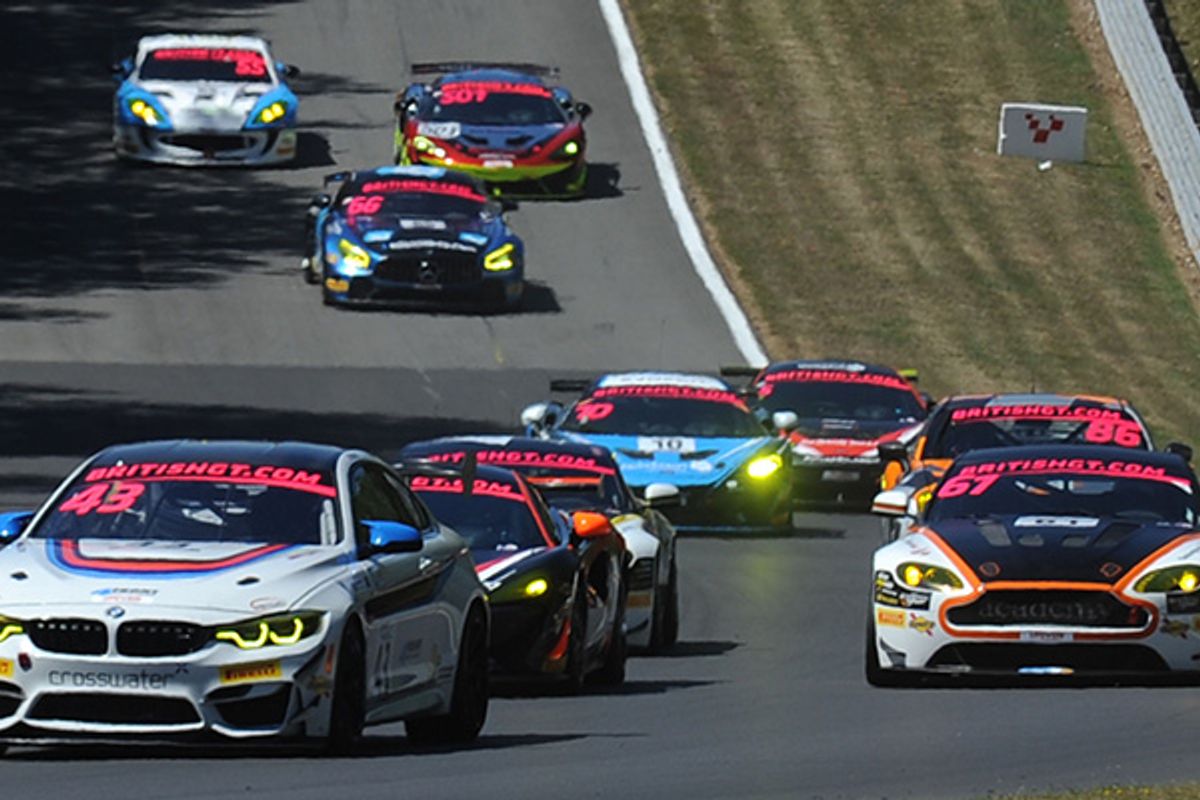 After 375 laps lasting 13 hours spread across eight races and six rounds the 26th annual British GT Championship boils down to 120 more minutes at Donington Park this weekend (September 22/23) when the GT3 and GT4 Drivers’ and Teams’ title winners will be crowned.

The 12-turn, 2.498-mile former Grand Prix circuit has seen it all before, of course, for this year’s edition will be the seventh in succession and 10th in total that British GT’s season finale has taken place at the Leicestershire venue. So who holds all the aces, and which crews are in search of a miracle? Step right this way…

Rarely has a GT3 crew headed to the final round with a bigger advantage than Flick Haigh and Jonny Adam enjoy over their nearest rivals this weekend. In fact, you have to go back to 2014 to find a more comfortable pre-finale cushion than the Optimum Motorsport duo’s current 27.5-point lead.

A run of three podiums, including victory last time out at Brands Hatch, has helped ignite the pair’s championship challenge just as their rivals have faltered. What’s more, Adam in particular knows a thing or two about claiming titles at Donington after doing so in 2015 and ’16, before also winning there 12 months ago. And with its championship rivals contemplating must-win weekends, the odds are firmly stacked in the #75 Aston Martin’s favour.

History can also be rewritten, with Haigh aiming to become the first woman ever to win a British GT title outright and Adam chasing a third overall crown – with as many different teams, no less – in four years. No other driver has won two.

Done and dusted, then? Well, not quite. Haigh and Adam’s 20s pitstop success penalty offers the likes of Barwell Motorsport’s Jon Minshaw and Phil Keen some hope, while Mark Farmer and Nicki Thiim must overcome their own 10s handicap if they’re to have any chance of stopping Optimum. Both crews – trailing by 27.5 and 28.5 points, respectively – have to win and rely on Haigh/Adam finishing seventh or lower to retain any chance of pinching the crown. In TF Sport’s case, a tie would see Farmer and Thiim win the title by virtue of their three victories to Optimum’s brace.

Johnston certainly won’t require any extra motivation to perform following his retirement announcement last week. The 2016 champion lists Donington as his favourite circuit having won his first British GT race there in 2015 before wrapping up the Drivers’ title 12 months later and winning at the same venue last season. Climbing the top step one more time would prove a fitting farewell.

ERC Sport’s Lee Mowle and Yelmer Buurman, who occupy fourth in the standings, could yet finish second overall, while Beechdean AMR’s Andrew Howard and Darren Turner will be eager to score their first rostrum since Snetterton back in May. Equally, a second win of the season for Graham Davidson and Maxime Martin might be sufficient for the Jetstream crew to jump from seventh to fourth in the final reckoning.

Elsewhere, Rick Parfitt Jnr makes his final appearance as reigning British GT champion before handing over the baton, while Balfe Motorsport’s McLaren returns in the hands of GT4 front-runners turned GT3 debutants Graham Johnson and Mike Robinson. RJN’s Nissan is also back and, for the first time, designated as a Pro/Am entry thanks to Chris Buncombe joining Struan Moore.

That five crews travel to Donington with a chance of winning the title says everything you need to know about the continuing rise of GT4. Indeed, never before have so many pairings – five – featured in the class’ season showdown.

Century Motorsport’s remarkable first year with BMW sees both of its M4s sit atop the Drivers’ standings ahead of the final round, while Nathan Freke’s squad are also 30 points clear of Tolman Motorsport in the battle for Teams’ supremacy.

Of those behind the wheel, it’s Jack Mitchell who currently leads team-mates Ben Green and Ben Tuck by 10 points. And while that doesn’t sound like very much, the latter duo’s 15s success penalty makes beating the current leader and their other handicap-free title rivals an even taller order at Donington.

In truth, both would be worthy champions given their fast and consistent campaigns. Mitchell’s two maximum points victories at Silverstone and Spa, plus two more podiums, have been achieved with no less than three different co-drivers, while Tuck/Green’s approach has been built on constant accumulation featuring particularly eye-catching comebacks at Snetterton and Brands Hatch.

Consistency has also been key to Callum Pointon and Patrik Matthiesen who remain the only crew to have scored in every race this season. The Ginetta duo must overturn a 13.5-point deficit if they’re to emulate HHC’s outgoing champions, Stuart Middleton and Will Tregurtha.

Completing the title challengers are two pairings desperate to claim their first wins of the season. Michael O’Brien and Charlie Fagg have been there or thereabouts all year long and would be closer to Mitchell were it not for a tough outing at Brands Hatch. As it is Tolman’s lead McLaren finds itself 23 points behind the #43 BMW, ensuring only first or second will suffice this weekend.

Likewise Academy Motorsport’s Will Moore and Matt Nicoll-Jones whose non-score at Brands Hatch came at the worst possible time. A remarkable string of four consecutive mid-season podiums means they still travel to Donington with an outside chance of claiming the crown, although doing so will require nothing short of victory if they’re to negate a 31-point deficit. At least history suggests they should be competitive: the pair claimed pole position at the same circuit 12 months ago while Academy’s Aston Martins finished one-three there in 2015.

The rest of GT4’s entry also features several changes and fresh faces. Oulton Park race winners Adam Balon and Ben Barnicoat return, albeit aboard a Balfe Motorsport-run McLaren, after missing Brands Hatch; Ciceley Motorsport make their British GT debut with David Fairbrother and Adam Morgan, and the second UltraTek Racing Nissan is also back for the first time since Silverstone.

However, damage sustained in a GT Cup accident means Fox Motorsport’s Mercedes-AMG won’t be seen again until 2019, while HHC Motorsport have also withdrawn their #50 Ginetta.