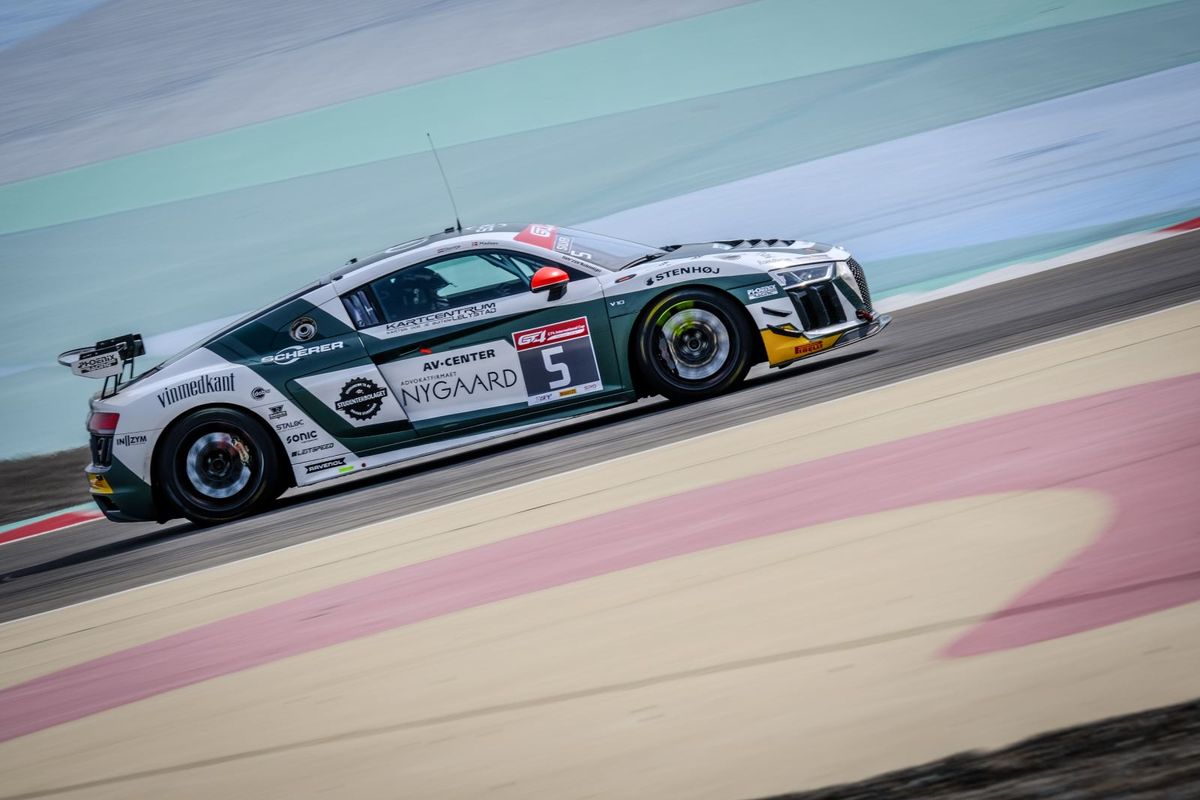 Dontje’s time of 2m11.55s was not in danger of being beaten and the Phoenix Racing ace will line up on pole position for tomorrow’s opening qualifying race, with Michal alongside him and the fastest of the Pro-Am runners.

That means the reigning champions of the GT4 European Series and Championnat de France GT – FFSA GT4 France will share the front row, setting up an epic encounter between two GT4 heavyweights.

The Phoenix squad’s #3 machine was third fastest thanks to Gosia Rdest (Pro-Am), who delivered an excellent lap in her Audi R8 LMS to edge out the #10 Academy Motorsport McLaren of Finlay Hutchinson (Silver Cup).

Am pole for the opening contest went to Jan Kasperlik, who was an impressive fifth overall in his #222 Porsche Caymen GT4 CS MR. The Porsche Zentrum Oberer Zurichsee by TFT Racing driver narrowly beat another Caymen runner – the #38 SportsCarBoutique entry of Andrew Danyliw – to clinch first in class.

The biggest upset of the session came when the #26 CMR Alpine A110 of Pierre Sancinena suffered a rear puncture, preventing the French ace from setting a competitive lap time. Having gone fastest in this morning’s opening session, Sancinena was unfortunate to be at the bottom of the order in qualifying.

Phoenix Racing was gunning for a pole position sweep in the second session, but Sainteloc Junior Team took its revenge with the #41 Audi R8 LMS securing top spot courtesy of Steven Palette (Pro-Am).

The French outfit locked out the front row, with Palette’s best effort of 2m11.191s beating the sister #41 machine of Gregory Guilvert (Pro-Am) by just over half a second. Guilvert’s effort confirmed that the reigning GT4 France champions will be among the chief contenders on Saturday.

The #222 Porsche Caymen was also able to maintain its form from the opening session, with 2018 GT4 European Series Am champion Niki Leutwiler taking class pole to secure a lockout for his crew. There was further disappointment for the #36 CMR-Alpine, however, with Pierre-Alexandre Jean unable to run, setting up a significant recovery mission in tomorrow’s qualifying races.

Indeed, Saturday will be a busy day for all of the GT4 International Cup contenders, with a pair of qualifying races taking place at 10.00 and 14.45 local time. The results from these will set the grid for the all-important main race, which gets underway after dark at 17.45.