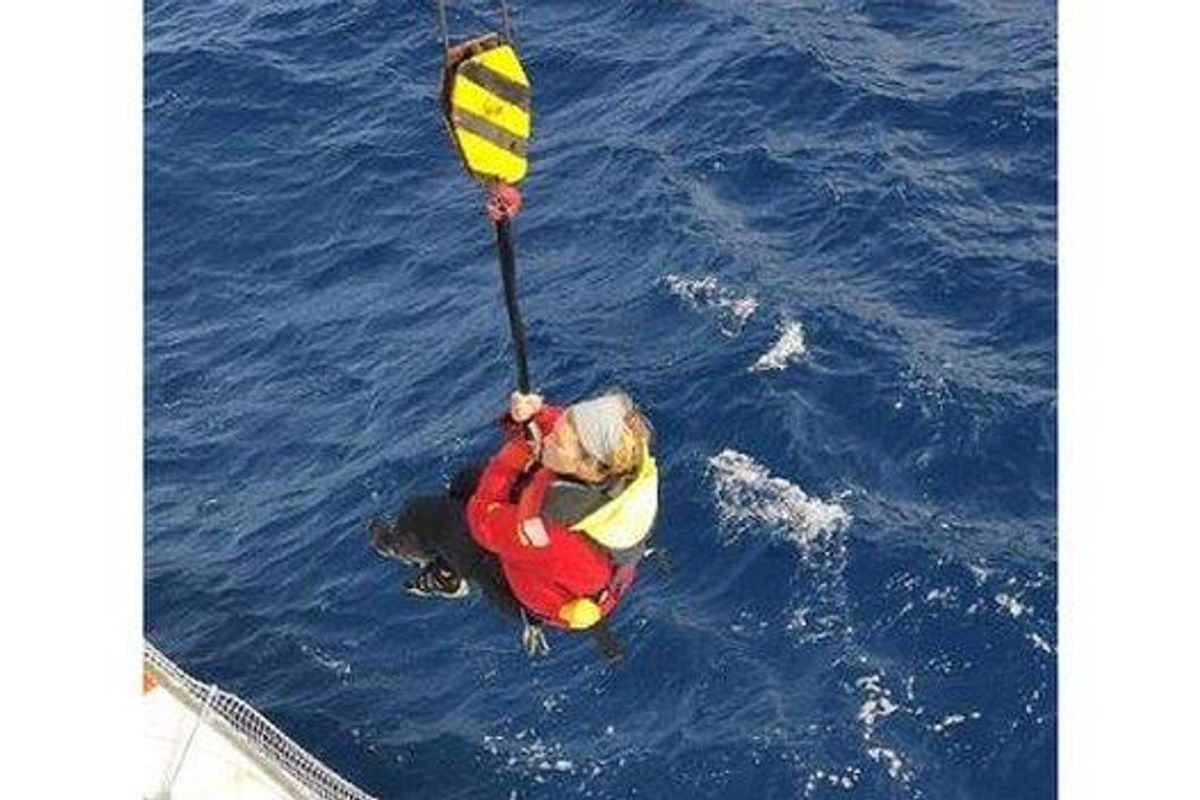 English yachtswoman Susie Goodall has been rescued by a 40,000-tonne cargo ship in stormy conditions - two days after her boat violently capsized 2,000 miles west of Cape Horn during the Golden Globe Race. The 119-metre cargo ship had to use its crane to lift Goodall onboard.

After her yacht pitchpoled and dismasted - Susie Goodall said she is 'utterly gutted' to be out of the race.

Rescue is on its way to Golden Globe Race skipper Susie Goodall, who’s Rustler 36 pitchpoled and dismasted in a ferocious Southern Ocean storm some 2,000 miles west of Cape Horn yesterday.

The operation is being co-ordinated by MRCC Chile, which has asked the Master of the Hong Kong-registered cargo ship, Tian Fu to divert to rescue the 29-year-old.

The 38,000 tonne general cargo ship, which is sailing from China to Madryn in Argentina, is currently doing 10 knots and is expected to reach Goodall by 0500 UTC tomorrow (7 December 2018).

Goodall’s yacht, DHL Starlight was left without rigging or a jury rig after pitchpoling stern over bow. The yacht’s engine is also not working.

This is the fifth Golden Globe Race entrant to have abandoned the race due to their boat being dismasted.