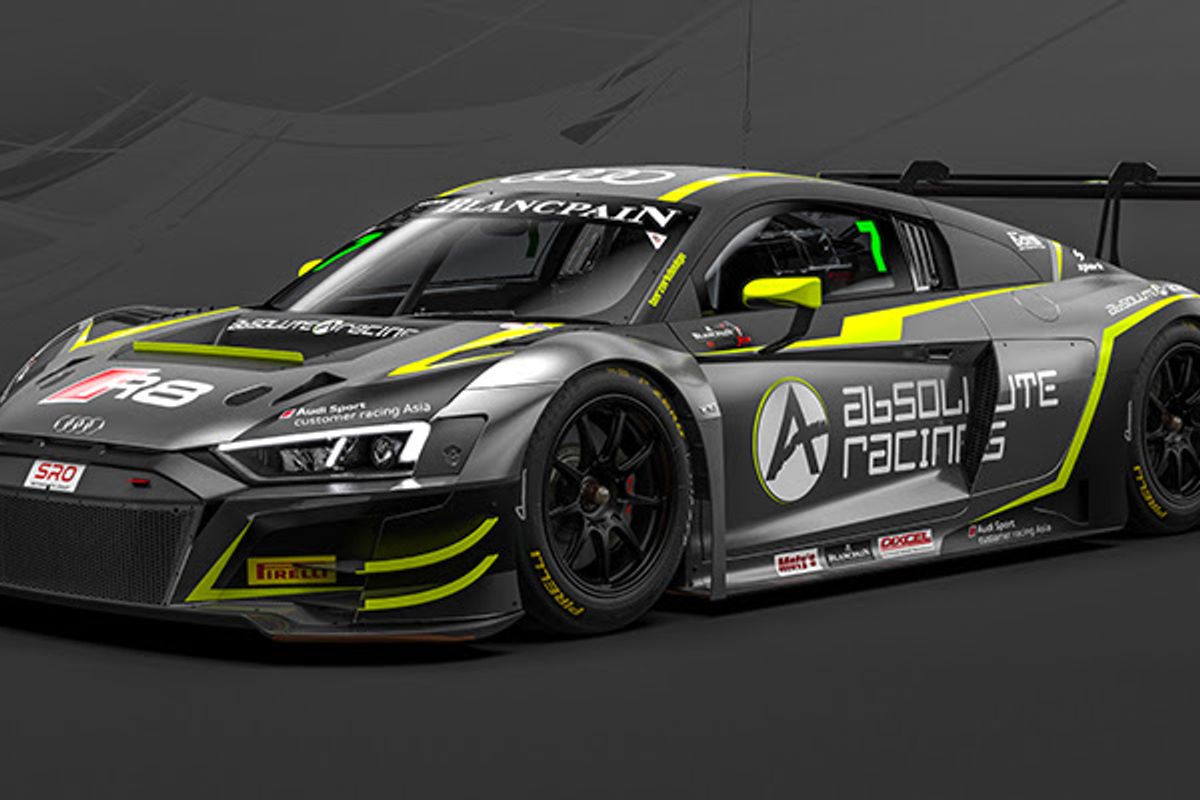 Absolute’s Pro-Am line-up of Chinese duo Sun Jingzu and Cheng Congfu first raced together in 2017 before the latter switched to partnering Martin Rump for a crack at this year’s overall title. A victory and two further podiums ultimately saw them finish fourth overall and third in the Silver Cup.

However, Cheng continued working closely with Sun throughout 2018 in his role as Audi Sport R8 LMS Cup driver mentor, which helped the latter to finish fourth in the one-make championship’s standings.

Absolute will name its second driver pairing in the new year.

“We are glad that we can confirm at this early stage to be running two cars at least. The Audi R8 LMS’ new Evo package upgrade not only looks exciting but also proved to be a big improvement on the racetrack as the results of early December tests showed. Our goal is clear, to go for the championship title, winning as many races as possible on the way.”

“Absolute Racing is a hugely successful Audi customer team in Asia and we are excited to continue our close partnership into the 2019 season,” added Martin Kuehl, Director of Audi Sport customer racing Asia. “The Pro-Am entry of Cheng Congfu and Sun Jingzu combines one of China's most acknowledged racers with one of the country's best privateers. A true Chinese dream team! We wish them all the best for the season.”

Absolute Racing’s entries conclude a busy week of pre-Christmas confirmations. Craft-Bamboo Racing has announced it will be running at least two Mercedes-AMG GT3s, while ARN Racing has switched to Porsche’s new-for-2019 911 GT3 R.

Craft-Bamboo and BMW Team Studie are also returning to the GT4 Asia class alongside a new-look GTO Racing with TTR squad.

Further team announcements are expected early in the new year.