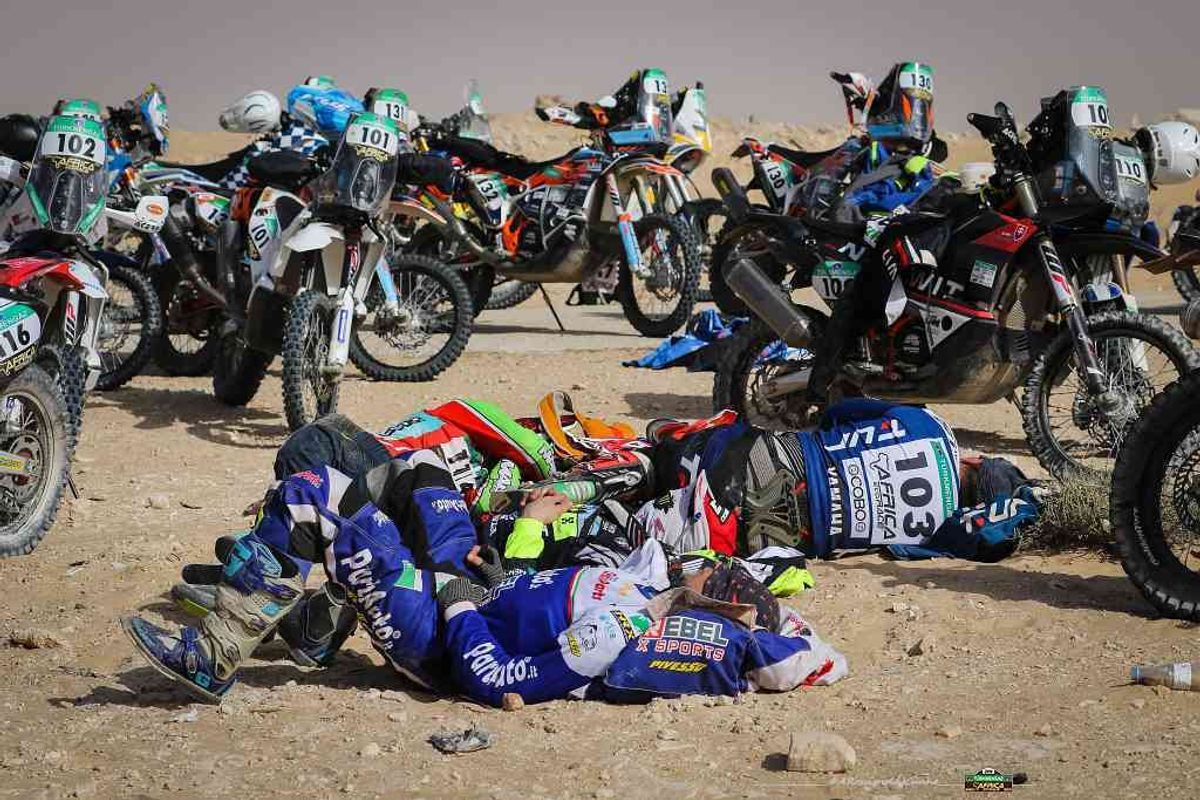 After an early morning start from Dakhla, the AFRICA ECO RACE caravan passed into Mauritanian at 10AM on Monday, all competitors were regrouped and ready for the start only a dozen kilometers away from the border. Everything was on course to begin this 177 km first Mauritanian special stage which was to end at the bivouac.

Unfortunately due to lack of visibility over Dakhla did not allow the three helicopters, dedicated to the security of the race, to take off and the decision was then taken to cancel the special stage. The competitors therefore joined the Chami bivouac by the road with a free liaison.

“The cancellation of this special stage is very rare on the AFRICA ECO RACE but there were no solutions as we were not in capacity to guarantee the security of the race which is our absolute priority!” declared Jean-Louis SCHLESSER, present at the start of the special stage to announce the news to the competitors.

Tomday, the race will be back on track with a loop of 481km from and to Chami. A 100% sandy stage with several dunes cord crossings which will be challenging for some, especially it being one of the two marathon special stages. This means that the competitors will have to be careful with their vehicle and not push too much as they will not benefit from any assistance during this stage.