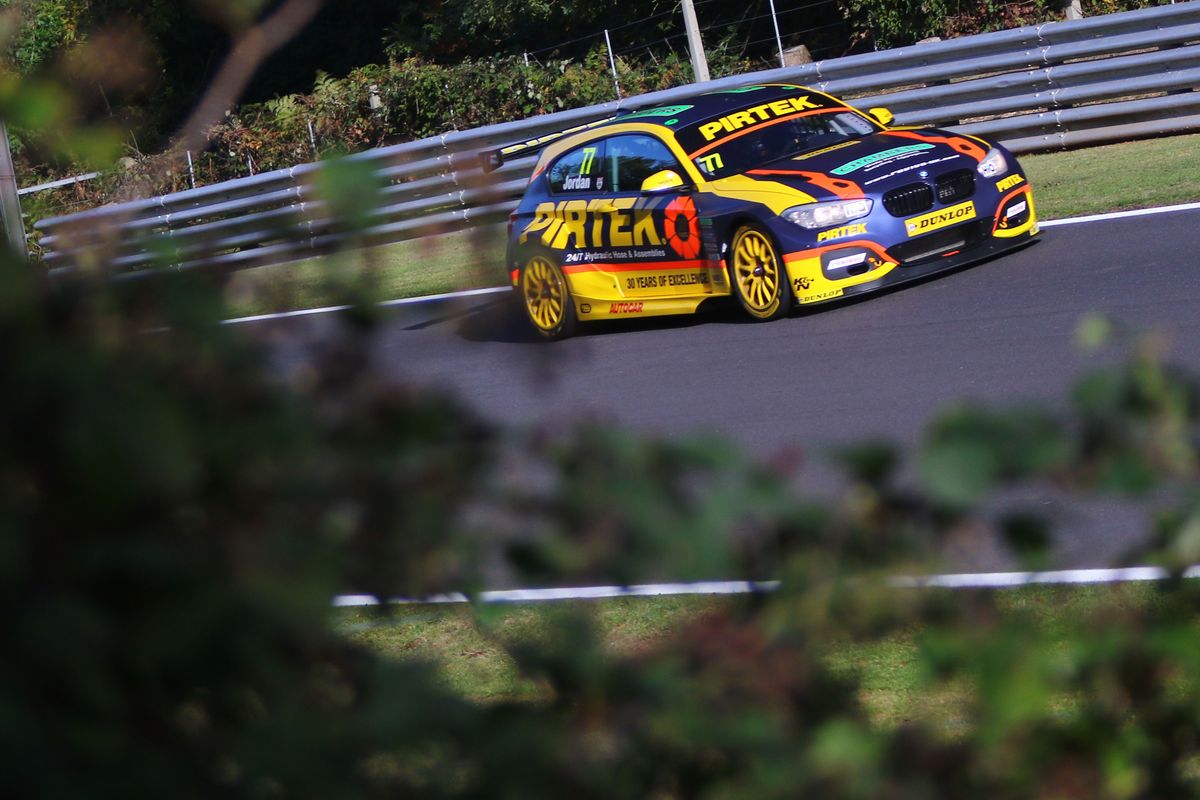 Pirtek Racing’s Andrew Jordan says he feel confident about his chances of challenging for a second outright title after re-signing with the West Surrey Racing team for the 2019 Kwik Fit British Touring Car Championship.

Andrew has spent the past two seasons with the BMW team, securing four race wins, a further six podium finishes and a best finish of fifth in the championship standings.

The 29-year-old also played his part in helping BMW secure the Manufacturers’ Championship title for the third successive season.

With his initial two-year deal with WSR having drawn to a close at the end of the 2018 season, Andrew has now committed to a new agreement that will once again see him form part of a three-car line up for the team headed by Dick Bennetts.

As has been the case for the last two seasons, Andrew will continue to run under the BMW Pirtek Racing banner thanks to on-going support from BMW UK, and will act as a BMW ambassador at a number of events throughout the year.

The 2019 season will also kick-start Andrew’s latest three-year deal with long-time partner Pirtek, which is one of the longest relationships between a driver and sponsor in British motorsport.

The extended agreement showcases the strength of a partnership between the Jordan family and Pirtek that goes back to 2004, when Andrew’s father Mike was competing in the British GT Championship.

All of Andrew’s 20 touring car race wins have come whilst running under the Pirtek Racing banner along with 55 of his 61 career podiums, with the season ahead being the tenth for the partnership in the BTCC.

Eager to kick-start the extended agreement in style, Andrew has his sights firmly fixed on adding to his 2013 title in what looks set to be another action-packed season on track, as a 30-car field does battle for honours in Britain’s premier racing series.

“I’m really pleased to confirm that I will be returning with WSR for another season,” he said. “It’s great to have the continuity of remaining at the wheel of the BMW and of working with the same engineer I have had for the past two years. That was a key factor in us agreeing a new deal, and is something that I feel is hugely important going into 2019.

“Last season I feel we had a very strong package, particularly in the second half of the year, but we just didn’t have luck on our side. Had it not been for some incidents that were beyond our control where we lost valuable points, we’d have been right there in the championship fight when we got to the final rounds, which is where I feel we should have been.

“That’s something I want to put right in 2019 and there is no doubt that I am going into the new season with my focus firmly on the championship title. Of course that isn’t going to be easy because the opposition will be strong again, both from Colin [Turkington] alongside me in the garage as the defending champion and from elsewhere on the grid, but I feel in a good place.

“I’m carrying a lot of confidence into the new season and I can’t wait for the action to get underway.”

Andrew’s third season at the wheel of his BMW Pirtek Racing BMW 125i M Sport will kick off at Brands Hatch on the weekend of 6/7 April.