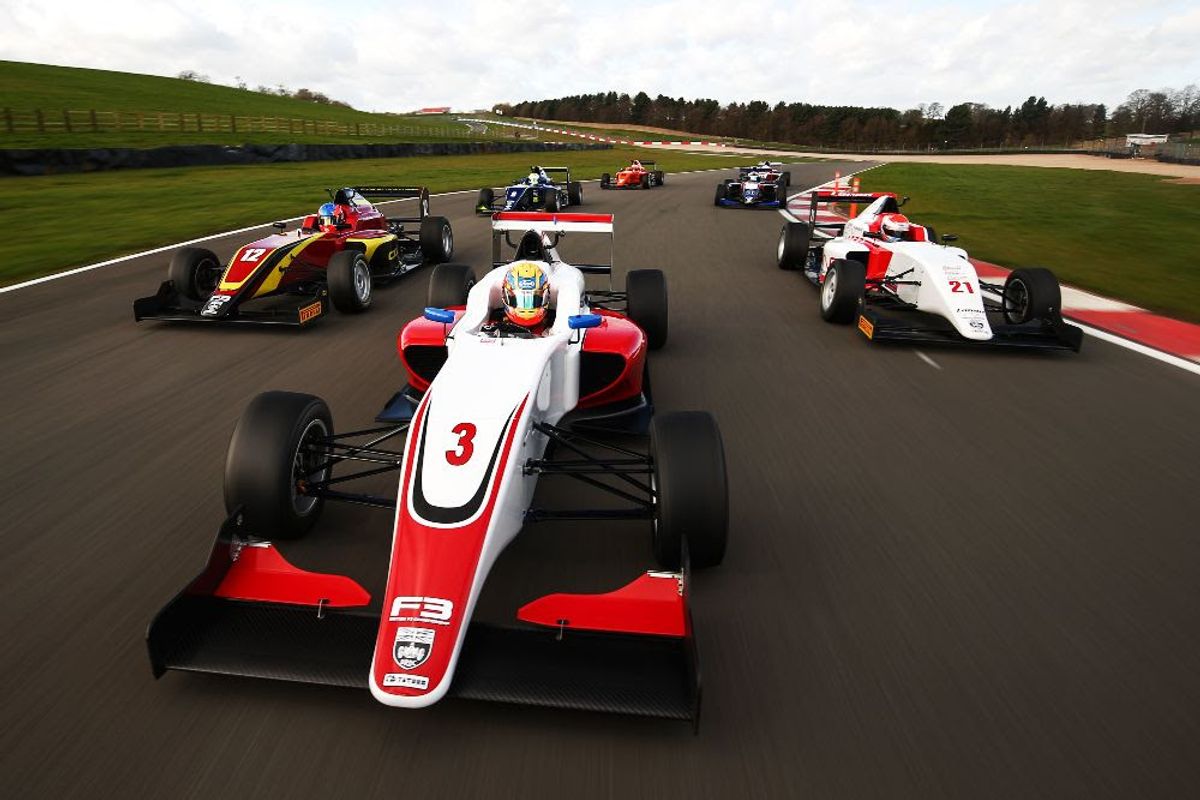 The BRDC British F3 season bursts into life at Oulton Park this weekend (20-22 April), with another international roster of talent set to battle it out over the next six months, as drivers continue their march to the top levels of motorsport.

This year’s crop are all looking to emulate the success of previous graduates including Lando Norris and Matheus Leist, who have gone on to race in F1 and IndyCar respectively, as well as champions Enaam Ahmed and Linus Lundqvist, who are still rising up the ladder at international level this season.
The class of 2019 looks to be an extremely talented group, with graduates from F4 categories and other series across Europe flocking to join returning contenders in the fight for this year’s title.

The top three contenders from British F4 have all made the jump to British F3. Reigning champion Kiern Jewiss, a finalist in last year’s McLaren Autosport BRDC Award, has reunited with his Ginetta Junior squad Douglas Motorsport for the 2019 season and is tipped by many to mount a challenge.
Ayrton Simmons will give him a run for his money with Chris Dittmann Racing. He finished second in F4 last year but also found time to compete in three British F3 events with the team, so could that extra experience give him the edge?

And then there’s Johnathan Hoggard. The Lincolnshire lad claimed more wins than any other driver in F4 last year. He stays with the Fortec team for his F3 graduation and is surely one to watch, especially after setting a hot pace at the Donington media day test in March.

Returnee Clement Novalak is another with experience of the series after competing in four rounds last year. He’s aiming for his first podiums and wins with Carlin, and has high hopes after setting record pace at a recent Spa test. Meanwhile, Josh Mason remains with Lanan for his second British F3 season with the team that powered F1 ace George Russell to his first ever car racing title in 2014.

Nipping at British heels is a multi-national line-up, headed by a strong contingent from the USA. Kaylen Frederick from Maryland moves up from USF2000, and was fifth quickest at Donington and a close second to Carlin teammate Novalak at Spa. Neil Verhagen from North Carolina makes the switch to British F3 from Formula Renault Eurocup, and has joined reigning champions Double R, while Pennsylvania’s Kris Wright, a driver with experience of single-seaters, sports cars and Le Mans prototypes, has joined Fortec. Meanwhile, Danish-American Benjamin Pedersen graduates from F4 and F3 in the USA, has been a top-10 challenger in testing, and will race with Douglas Motorsport.

Sweden celebrated a British F3 champion in 2018, and has two more drivers to cheer on this year. Hampus Ericsson, brother of F1 and IndyCar ace Marcus, makes a full-time move to British F3 with Double R this year. Ericsson stood on the podium in his first British F3 weekend at Donington last year, and is one to watch after a solid couple of seasons in British F4. Countryman Lucas Petersson is another F4 graduate, this time from the UAE category in the Middle East, and has joined Carlin for his first season of F3 action.

Three drivers make returns to British F3 this year: Sasakorn Chaimongkol, Manuel Maldonado and Pavan Ravishankar. Thai driver Chaimongkol, known as ‘Cutter’, returns with Hillspeed, and despite very little racing experience before his F3 debut, made massive progress last season and was a podium finisher at Snetterton and at Spa. Living up to his nickname, he carved through the field on several occasions to claim regular top-10 finishes, and was extremely rapid at the Donington media day test a few weeks ago.

Venezuelan Maldonado claimed his first two wins last season with Fortec, and remains with the Daventry team as he targets the title, and with good reason - he was second fastest at the media day. His wins came at Oulton Park and at Snetterton last year, so he should be a very strong contender this weekend.
Singaporean Ravishankar also remains with his 2018 team, as he targets further progress with Double R. He claimed a sensational victory at Silverstone during last year’s heatwave and was on the podium again at Donington Park. A busy winter saw him claim a top-five finish in the Asian F3 Winter Series.

Completing the grid this weekend are Belgium’s Ulysse De Pauw, and Malaysian Nazim Azman. Like so many on the grid, De Pauw is an F4 graduate, having finished third in the French category last year, was a race winner at his home venue Spa Francorchamps, and finished inside the top seven in every race in his first year of racing. Strong pace in testing would again suggest the Douglas Motorsport recruit should be a contender.

Azman meanwhile enters British F3 with a good deal of F4 experience, which includes wins in the South East Asia category and a fourth place overall finish in Formula 4 Spain. He competed in a staggering 53 races last year and, with support from former McLaren Autosport BRDC Award winner Matt Parry, will aim to put that experience to good use in British F3 with Chris Dittmann Racing.

Race details and new race three grid format
There are three BRDC British F3 races to look forward to this weekend, with qualifying on Saturday morning (11.10) deciding the starting order for race one on Saturday afternoon (14.40). The field are back in action on Monday morning with the always-exciting race two (10.00), which features a full reverse grid and points for overtaking, while a new format for race three (14.15) means that each driver’s second fastest time from qualifying will decide the grid line-up.