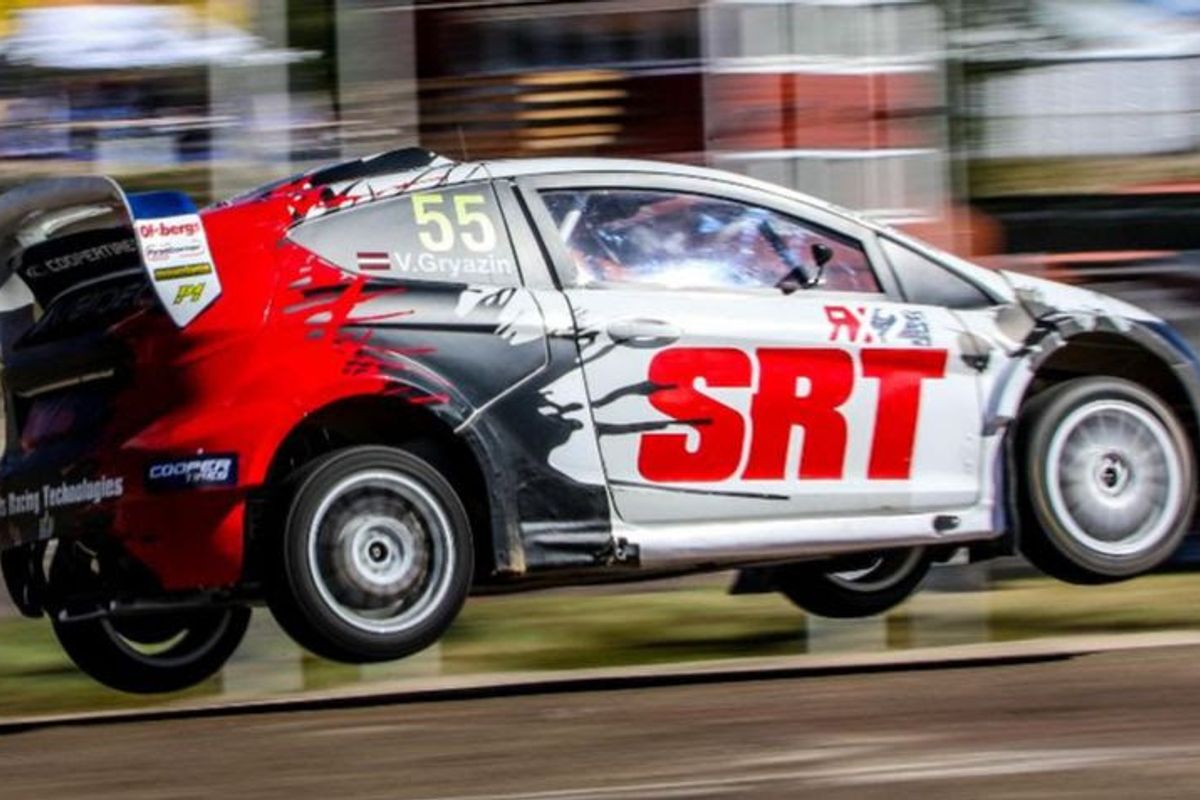 Vasiliy Gryazin is aiming to ‘pick up where he left off’ when he returns to the RX2 International Series presented by Cooper Tires in 2019, as the Latvian bids to turn all the experience he has gained over the past two years into a concerted title challenge.

From a rallying background, Gryazin switched to rallycross towards the end of 2016 and has been a consistent front-runner in RX2 from the start. Reaching the final in each of the last three rounds in 2017 – highlighted by a maiden podium finish in France – earned the Sports Racing Technologies (SRT) ace seventh place in that season’s standings, which he improved upon to fifth last year, just three points shy of a top three spot.

That was achieved courtesy of five final appearances from seven starts, with Gryazin returning to the rostrum in South Africa last November – and the 25-year-old is firmly focussed on maintaining that positive momentum when the new campaign revs into life in Barcelona in just under a fortnight’s time (27/28 April).

“This will be my third season in RX2, and my aim is clearly to build upon the progress and everything I’ve learned over the past two years and continue climbing the championship table,” he asserted.

“Coming from rallying, I had to get to grips with a new discipline, but now I feel I have earned the respect of my rivals and proven myself as one of the quickest drivers out there – in fact, the only thing I haven’t done yet is win a race, so that has to be the very first goal in 2019!

“Last year wasn’t always plain sailing – I seemed to attract a lot of bad luck that kept me off the podium early on – but we finally made it up there in South Africa and with the support of an excellent team behind me in SRT, the aim is definitely to pick up in Barcelona where we left off in Cape Town.”

French drivers have a habit of doing rather well in the RX2 International Series presented by Cooper Tires – just ask 2017 Champion Cyril Raymond, now competing in the World Championship with the GCK Academy – and there are high hopes indeed for the series’ latest Gallic recruit, Damien Meunier.

Meunier – who grew up just a couple of hours from legendary French rallycross venue Lohéac – will join Swedish outfit Team Färén for his RX2 debut later this month in Barcelona (27/28 April). The 18-year-old only began competing four years ago in crosskart, but his progression has been rapid.

Stepping up to rallycross in the Super1600 category at the age of 16, he finished fifth in the French Championship in 2017 – reaching the final five times in six starts and ascending the podium at Kerlabo – and made a one-off appearance in the FIA World Rallycross Championship on home soil. He then graduated to the domestic Supercar class last year, where he had to dig deep against rivals in more modern machinery en route to a top ten overall placing.

Now, Meunier is set to join the international stage full-time, as he prepares to measure himself against the crème de la crème of future rallycross stars in the official World RX feeder series.

“After just two seasons in rallycross, I’m thrilled to be joining RX2 this year,” he enthused. “I’ve been looking at RX2 for a while now – ever since the extremely positive test we had at Strängnäs in Sweden during the Supercar Lites sampler day in 2017 – and now we are here!

“I’m really looking forward to racing this fantastic car, and having Eric Färén as a team manager is a huge bonus – I can’t wait to work with him and everybody in the team. There are a lot of very quick drivers on the entry list this year, so I’ll need to be on top form if I want to take the fight to them but it’s a challenge I’m relishing!

“It will be exciting to have Damien in one of our cars and to support him in his new adventure,” echoed Färén, a successful former rallycross driver himself. “I remember seeing him at the Supercar Lites sampler day in 2017, where he was the one that impressed me the most. We will have a test day before to be well-prepared, and then try to help him as much as we can to ensure he makes a strong debut in RX2.”