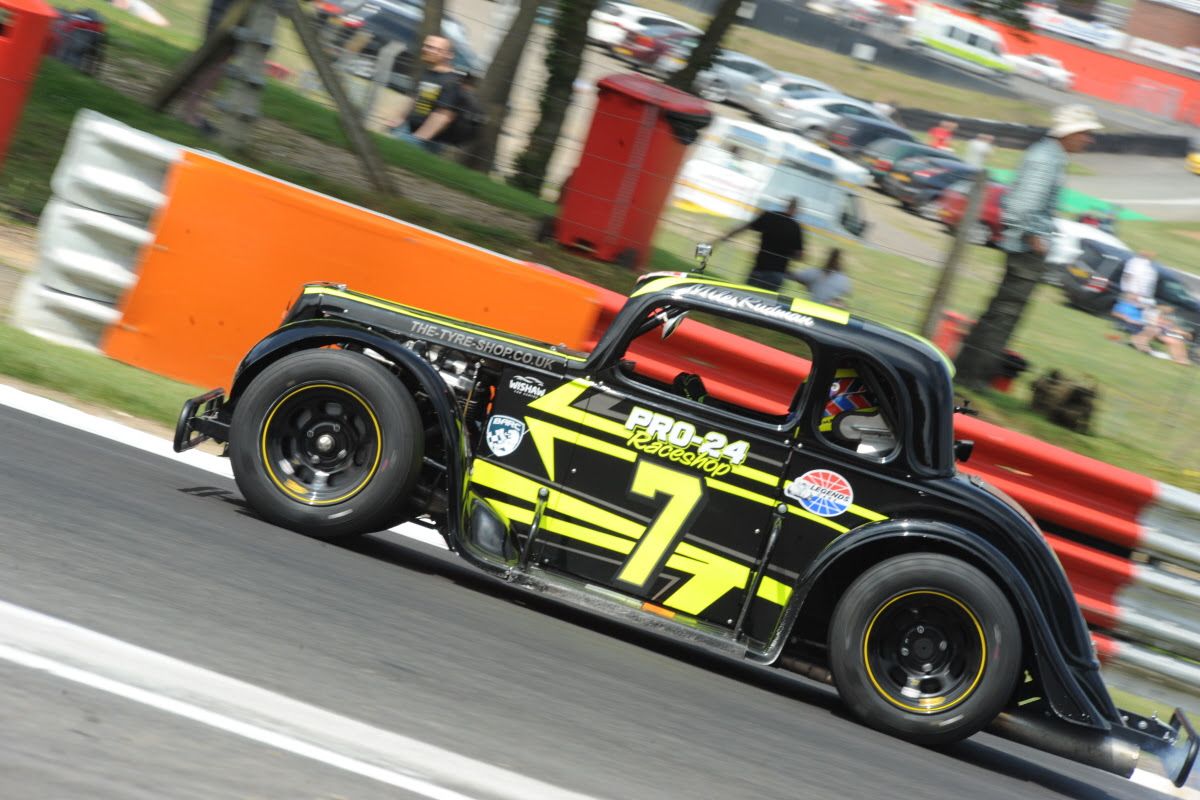 Brands Hatch Indy Circuit, the spiritual home of Legends Cars racing in the UK, welcomes the country’s best big grid racing for the opening two rounds of the 2019 season this weekend where the category will celebrate its landmark 25th birthday.
On Easter Sunday, 21st April, and Easter Monday, 22nd April, the ever-popular Legends Cars National Championship with MRF Tyres will take to the Kent venue’s 1.2-mile Indy Circuit for the first six races of the new season – and with 25 drivers entered it’s set to be a spectacular weekend.

It’s hard to believe it’s been a quarter of a century since the very first race for the 5/8 scale pocket rockets in Britain took place at Brands Hatch. Just six cars lined-up on the grid back then, but it didn’t take long for the formula to become a true phenomenon in UK circuit racing.

The man who made it all possible, Phil Cooper, remains at the helm of the championship today and he is ecstatic the Legends Cars remain as popular and exciting for drivers and spectators alike as we head into the 2019 season.

“It really is wonderful to be celebrating our 25th anniversary at Brands this Easter weekend, where it all began for Legends in the UK, and with such a vast and competitive grid we’re undoubtedly set for six incredible and action-packed races”, he commented. “The championship is set to be as hotly contested as ever this season and there will be a lot of kudos attached to whoever becomes champion of the 25th anniversary season. Of course, the Easter event with the British Truck Racing Association is always spectacular with thousands of fans in attendance, we can’t wait for the racing to begin on Easter Sunday!”

Reigning and five-time champion John Mickel (Horsham) heads the entry once again and will be as determined as he ever has been to finish atop the pile at the end of the 42 race campaign. Nobody would bet against a sixth crown, to add to the unprecedented fifth he achieved last year, but he won’t have things easy.

Will Gibson (Camberley) is always there or thereabouts and after claiming his first win in 2017, he was again a true contender last season with some standout performances. Marcus Pett (Boston), one of the true rising stars of Legends racing, became a first-time winner in 2018 as did the Rookie Champion Sy Harraway (Weston-super-Mare) and both are very likely to be in the mix this weekend.

Add in the likes of Connor Mills (Upminster), a former winner at Brands, Nathan Anthony (Horley), driver of the only Se-Van in Legends Cars, ex-champion Rob Fountain (Boston), the ever-improving Mike Schlup (Cuckfield) and series newcomer Matt Rainbow (Gnosall), who arrives from the world of Ginetta GT5 racing, and mouth-watering action is guaranteed.

Also keep an eye out for Phil Turner (Potters Bar) who, with his own Team 247, will be embarking on his sophomore year in Legends – only his second ever year in motorsport full stop. Turner, who raises funds for national charity Help for Heroes through his racing, is also sponsoring this year’s fantastic Legends Cars television coverage through his business 24hr Solutions.