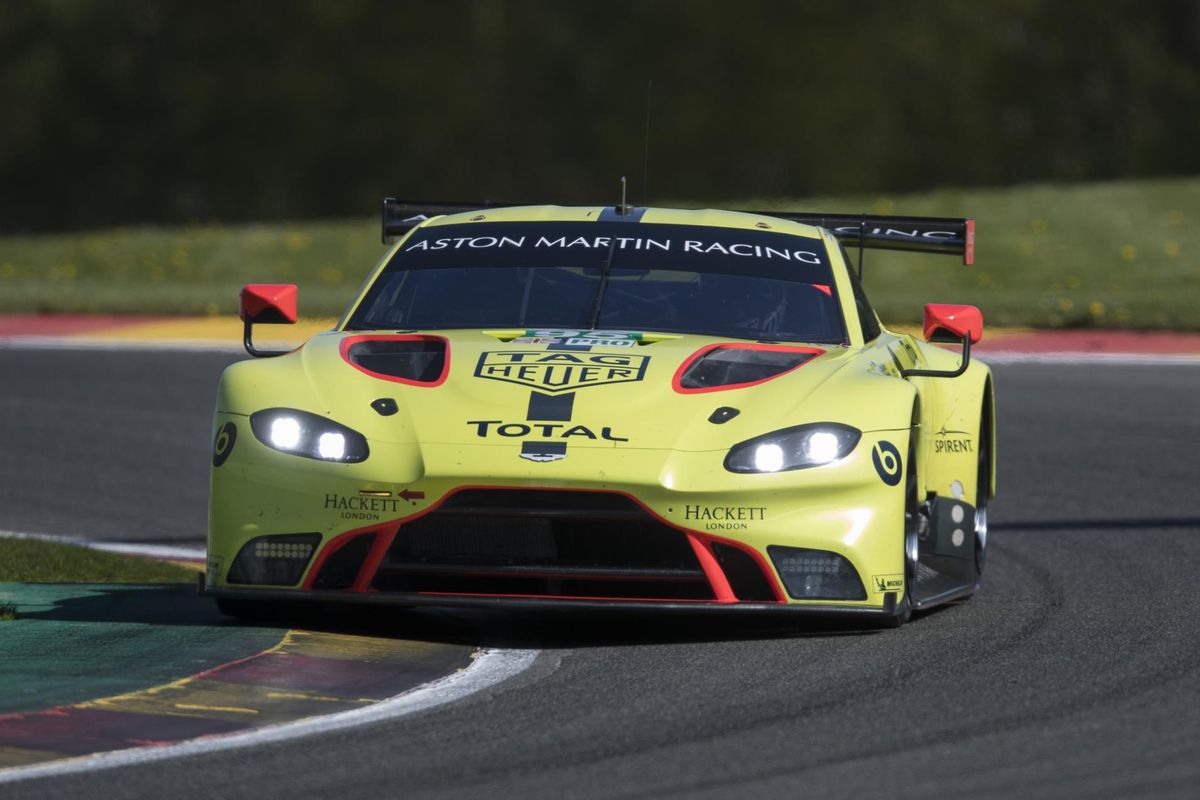 Aston Martin Racing returns to the legendary Spa-Francorchamps for a historic second time in the 2018/19 FIA World Endurance Championship with its sights set firmly on victory in the GTE Pro class.

A year on from giving the Aston Martin Vantage GTE its FIA WEC debut in Belgium, the team has enjoyed a strong season as the car has rapidly evolved into a genuine front-running contender. Having scored a maiden victory in China on only its fifth race, and taken pole position at the previous round in Japan, the Vantage GTE has maintained a 100% points-scoring reliability across Aston Martin Racing’s two Pro entries.

And with the Total 6 Hours of Spa representing Aston Martin Racing’s last chance to hone its race preparation in the heat of battle ahead of the season-ending Le Mans 24 Hours on 15-16 June, this weekend marks a critical point in the inaugural FIA WEC Super Season campaign.

In this spirit the team has reduced its Pro driver crews to two-per-car – standard for six hour events – as it looks to capitalise on the opportunity to build and maintain strong momentum into the middle weekend of June. Shanghai 6 Hours winners Nicki Thiim (DEN) and Marco Sõrensen (DEN) will thus share their regular #95 Vantage GTE, before reuniting with three-times Le Mans winner Darren Turner for Le Mans. “I can’t wait to go back to Spa,” said Thiim. “Last time we were there the car was still very new, so I am looking forward to seeing how much it has progressed since then. I’m pretty sure we are going to be competitive and yes, together with Marco, you are going to see the ‘Dane Train’ go into ‘Maximum Attack’.”

Meanwhile in the #97, Alex Lynn (GB) will share driving duties with home hero Maxime Martin (BEL) as both go hunting for their first win of the season. “Spa is a big event for me,” said Martin. “We are approaching the end of the campaign and we haven’t achieved the result I want; which is to win! But we understand the car so much better than we did this time last year and we are more prepared than ever, so I believe we have a big shot in Spa.”

Aston Martin Racing Team Principal Paul Howarth added, “The Aston Martin Vantage GTE has proven itself capable of competing with our rivals on level terms in all conditions, and we go to Spa with a great opportunity to capitalise on this. We are competing in a fiercely contested GT category with the most capable opposition, and that’s as it should be. So it’s up to us now to maximise everything this weekend and grasp with both hands the chances that come up at Spa, while also making the most of the final competitive opportunity to prepare for Le Mans.”

Spa marks a year since the defending 2017 FIA World Endurance Championship GTE Am champions Paul Dalla Lana (C), Pedro Lamy and Mathias Lauda (A) last stood on the top step of the podium, and the #98 Aston Martin V8 Vantage GTE crew know they must do so again this weekend to bring their title defence to life ahead of Le Mans. The trio currently lie third in the class standings, 38 points behind the leaders with 63 to play for.

The team will be assisted in its quest at Spa and Le Mans by the renewal of two key partnerships. Europe’s leading entertainment company Sky, has extended its agreement as Aston Martin Lagonda’s official UK media partner beyond Le Mans, while long-term sponsor Immun’Âge will continue to back Aston Martin Racing for the foreseeable future.