An exciting weekend on two fronts for Audi 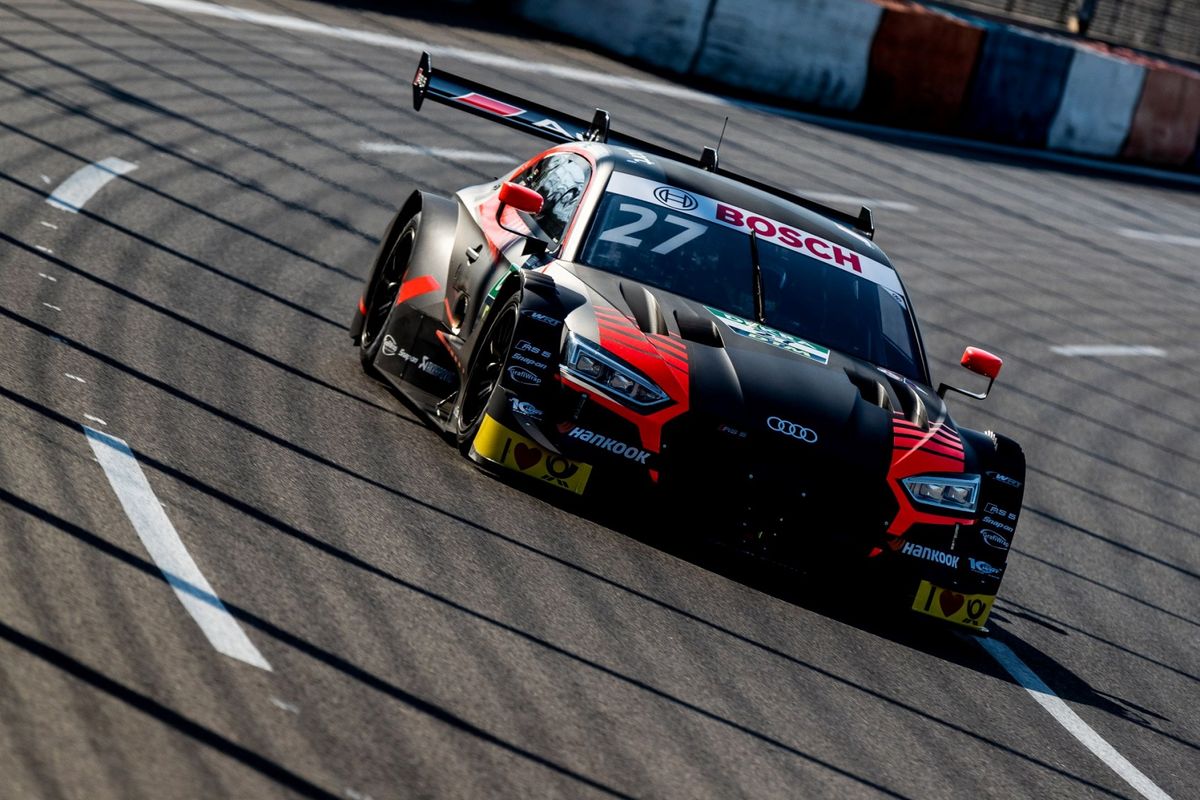 Team WRT is ready for one of the most intense weekends of the season, as it heads to Brands Hatch for the season-opener of the Blancpain GT World Challenge Europe’s (what was previously known as the Sprint Cup) and to Hockenheim for its debut in the DTM.
The Blancpain series of sprint races sees its status upgraded this year, as it becomes the European branch of the GT World Challenge, which has similar counterparts in Asia and America. Nothing changes in the format and content, and the Belgian Audi Club Team WRT will continue to be one of the strongest forces of the field, entering four Audis R8 LMS, with quite renewed driver line-ups.

The DTM, instead, represents a completely new challenge, as the Belgian squad, under the colours of WRT Team Audi Sport, makes its debut in what is considered one of the world’s top series for tin-top cars and one having the greatest following. Two Audis RS 5 DTM are entered for Pietro Fittipaldi and Jonathan Aberdein.

Ahead of this busy and crucial weekend, Team Principal Vincent Vosse comments:  “This will be a demanding weekend, after which all our racing programmes for the season will be rolling. In the Blancpain GT World Challenge Europe, we’ll start the season at Brands Hatch, a circuit where the Belgian Audi Club Team WRT has many sweet memories, and we will aim at collecting some more. It’s the start of a new season and everything is possible. Our four line-ups are an excellent mix of experience and youth, and I want to welcome Oscar Tunjo and Tom Gamble, who will be racing with us for the first time.

Needless to say, our debut in the DTM at Hockenheim is going to be a very special moment. Weather forecasts are not very promising, so this will add one more variable to the ones we have to face. Debuting in a championship is never easy, especially in a series so professional and so complex as the DTM, but we are used to challenges, be them logistical, technical or sporting. This one fits all these bills! Not only the DTM is new to us, but we had to put together a new team of people, from managers to engineers and crews, to handle the new project. They worked very well, first at Neuburg in the phase of assembly of the cars, and then back home at Baudour, and I am sure that we are ready to take up the challenge, as are also Jonathan and Pietro, our two young and fast drivers. The objective for WRT Team Audi Sport in this initial phase of the season is to do the job and be where we are expected to be. We need to avoid mistakes and learn, and then improve and get some good results as the season unfolds.”

BLANCPAIN GT WORLD CHALLENGE EUROPE
The season is kicking-off at Brands Hatch, one of its most traditional stops, and a track where the old spirit of racing lives on everywhere. The legendary circuit in Kent suits well the Audi R8 LMS and has been quite friendly to the Belgian squad in the past. Still, repeating last year’s perfect results, a double 1-2, will be extremely difficult, but the troops led by Team WRT GT program manager Sébastien Viger, are determined to attempt what would be anncredible achievement, and to defend the Teams’ crown conquered last year. The Belgian Audi Club Team WRT is fielding no less than four cars, two of which will include Belgian drivers. Dries Vanthoor, a well-established GT star despite his young age, will be at the wheel of car #1 together with Ezequiel Pérez-Companc, the new recruit from Argentina, while rookie Charles Weerts will be paired with the expert Christopher Mies in car #2. Car #10 is entrusted to a pair of young and fast new-comers to the Belgian squad, Rik Breukers and Oscar Tunjo, and car #17 to an English-speaking duo also new to the squad, Shae Davies and Tom Gamble.

Dries Vanthoor:  “Brands Hatch is a good track for the Audi and I believe that the updates introduced to the car this year will help. We go there with high expectations and confident that we can be fighting at the front. It’s the first round of the GT World Challenge Europe and it will be important to start well. Still, we will need to work hard and well, as the competition is very strong. Ezequiel, my new team mate, is quick, so we definitely have a good package.”

Charles Weerts: “Despite the result and the bad luck, I was quite happy of my debut in the Endurance Cup at Monza. My pace was good and I could drive on wet for the first time. Most importantly, the car proved competitive. Brands Hatch will be another challenge, as I never raced there before. I have prepared watching a lot of TV footage and at a standard simulator, and I know I can rely on the advise of Christopher. There are no escape zones at Brands, so it is clear that mistakes won’t be allowed”.

DTM
The great day has arrived: WRT Team Audi Sport will debut in the DTM next weekend, a date that will remain in the squad’s history. Since the launch of this ambitious project, the team, under the leadership of Project Manager Maurizio Leschiutta and Sporting Director Thierry Tassin, has been working relentlessly to prepare for entering in a series that is similar to no other. A lot of work has been done to familiarize with and prepare the Audis RS 5 DTM, but clearly, the team will have to face the inevitable “learning curve” that any new ‘kid in the block’ has to face. The recent collective tests at the Lausitzring left a positive feedback and feel, and the two young guns entered by WRT Team Audi Sport, South Africa’s James Aberdein and Brazil’s Pietro Fittipaldi are eager to demonstrate their value.

James Aberdein: “We are definitely ready to start and I really look forward to it! There are, of course, a lot of unknowns ahead of a season-opener, as we don’t know how competitive everybody will be, but I am confident. We are well prepared, the team has worked very hard and has put a lot of effort, including a few sleepless nights, into this. It’s a pleasure to embark in this journey with this super group of people. I know well Hockenheim for having raced there in F.4 and F.3 and it is one of my favourite tracks, also for the great atmosphere around it”.
Pietro Fittipaldi: “I really look forward to this debut. It’s going to be a tough challenge for the entire team, but let’s go for it! We aim at scoring points, that would be a great start. We will have to maximize the short free practice sessions, as we have never driven the car at Hockenheim, and also stay very focused in qualifying to be as high as possible in the grid. The DRS and the long straights of Hockenheim will give a lot of overtaking opportunities, I am sure it is going to be tricky, but I also expect a lot of fun for the drivers and for the fans.”