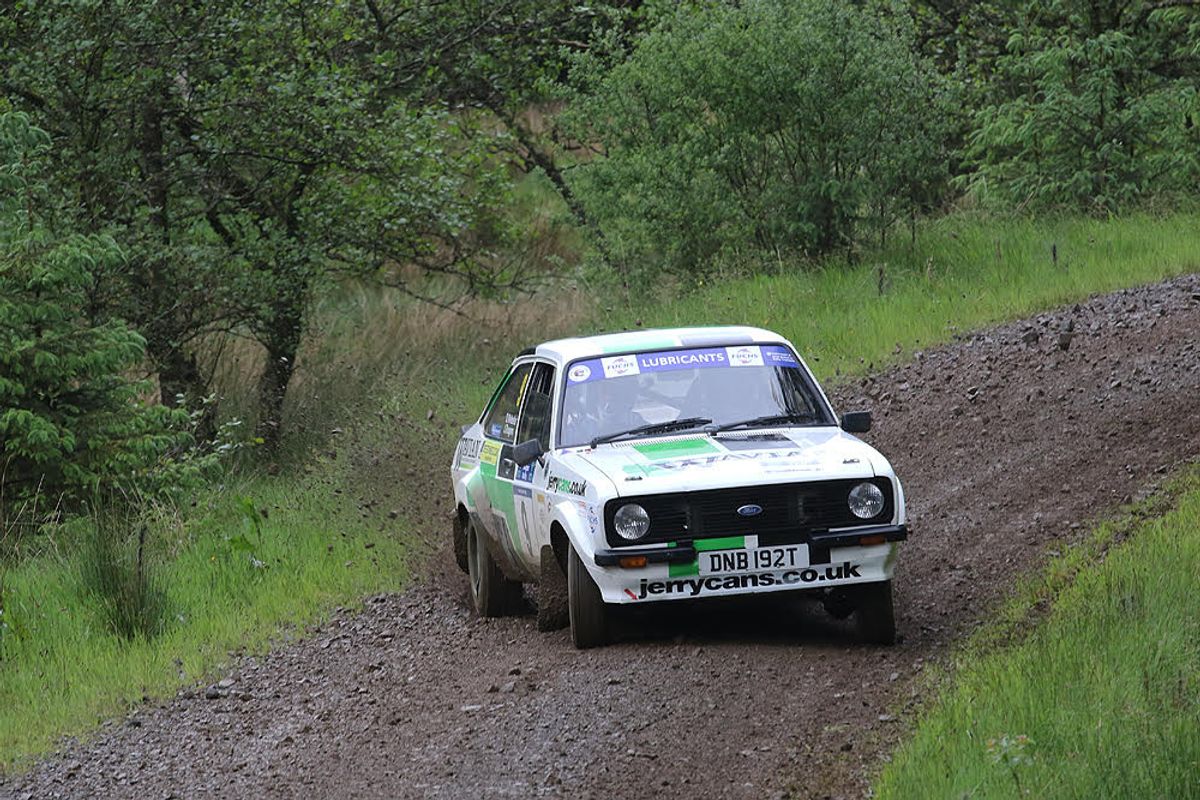 On a tough day in Kielder forest, many crews hit problems and retirements included former championship leaders Joe Price and Chris Brooks with engine problems. However, Robinson stormed through the wet and slippery stages to take his second win of the season and move to the head of the points as Simon Webster and Jez Rogers came close to victory. Stanley Orr/Grahame Henderson (Ford Escort Mk1) netted another Category 2 win while Category 1 went to Bob Bean and Malcolm Smithson (Lotus Cortina).

As well as being the third of seven BHRC rounds, the Carlisle Stages was also the third of BHRC2 supported by Sherwood Engines, which puts the emphasis on the Category 1 (pre-1968) and up to 1600cc cars in the championship, and the third round of the BHRC Forest Challenge, supported by Rally and Competition Equipment.

Webster and Rogers were clearly on a mission in some truly tough conditions and, going into the final stage, Webster was four seconds clear at the head of the pack after a superb performance. But it all went wrong in Kershope. Having rolled his Escort Mk1 and lost lots of time, Gary Smith rejoined just ahead of Webster and in the course of three miles the erstwhile leader lost half a minute. Webster was enraged: “That’s cost us our best ever result,” he said. A notional time was later applied which handed them back second place, only eight seconds down on Robinson, but it could have been a first win at this level for Webster.

Meanwhile Robinson had elected to ease his pace a little and conserve the car for a pending trip to the Midnight Sun Rally in early July. But his measured pace, capped by a stage win in the final Kershope, was enough to clinch his second BHRC victory in a row.

Behind Webster, by just nine seconds, Rob Smith and Neil Cook grabbed third after easily their best performance since Smith’s return to gravel at the start of the season. “I’m over the moon with that,” said Smith who was delighted to have traded times with Robinson.

Rudi Lancaster and Guy Weaver struggled to the end of Florida 1 with a puncture and dropped 15s, but then set a strong pace which included second to Robinson on the final Kershope stage to fight back to fourth. Another impressive day for Paul Street/Ian Jones wrapped up the top five.

Others out of luck included Adrian Hetherington/Ronan O’Neil with broken suspension and Ben Friend/Cliffy Simmons who had a stub axle shear. John Perrott and Andrew Sankey limped home but lost a lot of time after rolling their Escort Mk1 at the same corner that claimed Smith.

In Category 2, Stanley Orr and Grahame Henderson won again over Chris Browne/Ali Cornwell-Browne. Orr went on too hard a compound in the morning, but upped his pace later to finish sixth overall and was pleased to avoid punctures.

With Josh Browne out with a damaged axle from a big yump, David Lloyd-Roberts and Dei Jones were worthy winners of class D3, while Stuart Cariss revelled in the grip from new front tyres after retiring the previous seven rallies-old set. Partnered by wife Linda, he won class C2 and came close to a top 10 result overall.

Full results for the ATL Carlisle Stages, which was organised by the Roger Albert Clark Rally Motor Club, are at: https://www.rallies.info/res.php?e=299