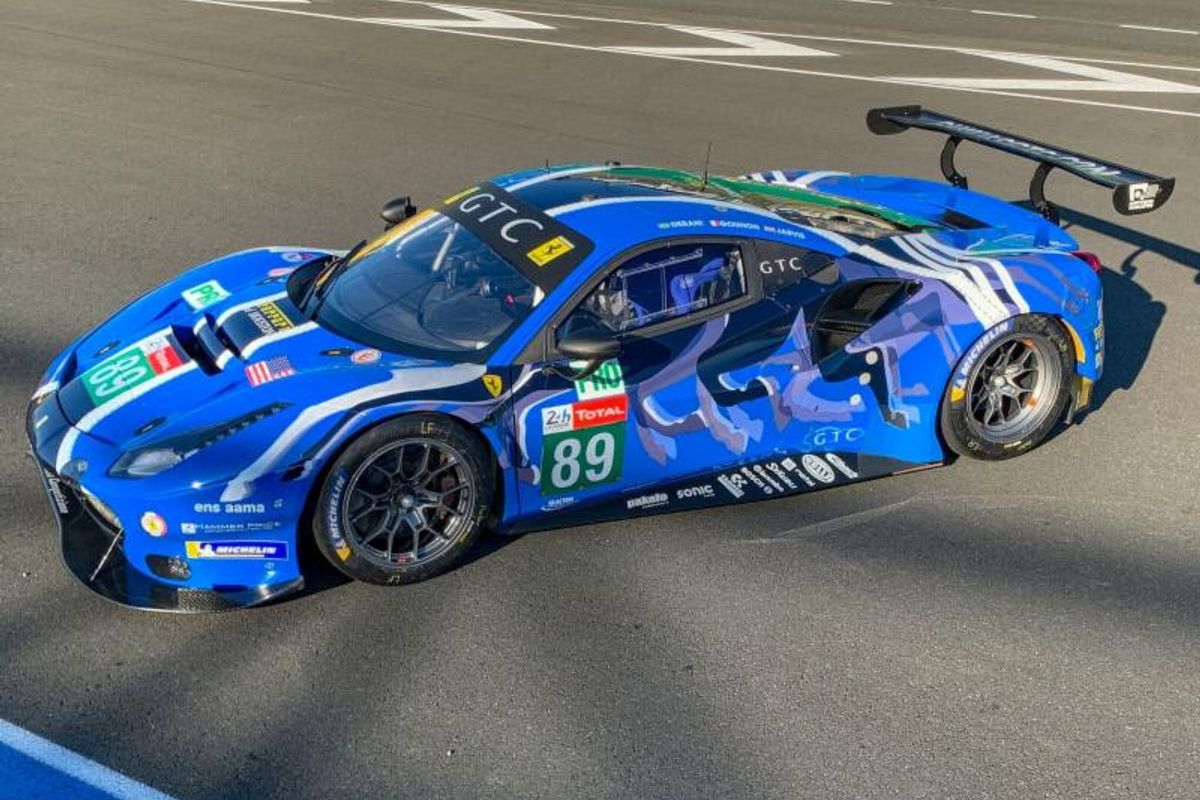 General: Le Mans and I have a love-hate relationship; it is a harsh event to work and I look forward to the end of the race each year. You hope Friday isn't a late night for the crew as warm-up is at 9:00 a.m. Saturday and the race begins at 3:00 p.m. You have to get to the track so early on Saturday that it means the crew is working non-stop for just about 40 hours, assuming you finish. It is a constant struggle to pace yourself, maintain concentration and not burn out, especially on Sunday morning leading into the afternoon. At best, you will hope for a few 10 or 15-minute naps if you can fit them in. The decision process is a bit complex by Sunday afternoon and maintaining focus can be a challenge.

The circuit is 8.5 miles long and just under a four-minute lap for the GTEs. Telemetry and radio coverage this year is phenomenal (at least in the test), quite a change from previous years. Very few actual lap times will get posted before the race. It takes nearly 15 minutes just to do one timed lap when you include the 'out' and 'in' laps. We have a total of 10 hours of practice time leading up to the race, but the number of actual practice laps is low, in comparison to a normal Stateside (or European) sprint race due to these long lap times. We installed the race engine for the test day, so minimal mileage is important before the race. As it usually rains in testing and/or the race, you just hope you have the setup and other essential testing sorted in the dry running. The forecast appears to change daily, but it's the same for everyone.

The BoP (Balance of Performance) is such a moving target and it has been a topic of conversation for many events. As the ACO/FIA can make BoP changes ri ght up to race day (mainly power and weight), no one really knows anyone's true pace until the race settles in.

Setup: Having a reliable car is the most important item; you have to finish to win. It needs to be comfortable for all the drivers with no unpredictable handling tendencies. The Porsche Curves serve as a good gauge of setup because if the car is good there, it is probably good everywhere. You hope to have a great starting setup from what was learned at the test day and just make small changes to it for the race setup.

Preparation: This is similar to most 24-hour races. Large portions of parts and systems on the car have a manufacturer's recommended service interval, about the length of a 24-hour race, which is not coincidental. The week between the test and the event is used to replace, inspect, or rebuild numerous items. Even if your setup is perfect and the drivers are dialed in, you need to run enough laps in the event testing to ensure all the parts and systems that were replaced are functioning properly. There is a fine line between the amount of track time you need to validate proper function, and too much track time, reducing the life of the items you want to check.

Different Race Methodology: It's a grueling race; the drivers (and crew) need to be 100% focused for the entire 24+ hours. The drivers need to run a comfortable, careful but quick pace. They need to leave room in the brake zones in case they come upon some unexpected fluid, debris, gravel, or other anomalies on the track, particularly at corners with little to no runoff. We race in the GTE-Pro class, so we are passing and being passed. The drivers need to leave ample room when being passed by faster cars or when passing slower cars in the GTE-Am class. They spend as much time looking in the mirrors as they do through the windshield. The secret to success here is to stay on track and out of the garage. Think twice about each move - it is better to lose a second or two on the track than spend minutes or hours in the garage. You win Le Mans by staying out of the garage and off pit lane.

The past few years the ACO has used slow zones in place of always deploying the safety cars (SC). Drivers maintain speed at 80 kph in sections where track workers are required to remove a car, extract a car from the gravel, repair the track, etc. Le Mans has nine (9) slow zones with light systems in the cars defining their active locations. This unfortunately adds random time gain or loss to the race. The slow zones are activated by the Race Director as needed and end when the Race Director is confident the track is clear. This does not coincide with how many times each car runs through the slow zone - it's purely track condition dependent.

You could gain or lose 30 seconds or more randomly. Slow zone use has significantly reduced the deployment of the safety cars (there are three separate SCs at Le Mans). Taking care of more minor issues this way keeps the race moving. If you have a fast car without issues this could be to your benefit. If you have to spend time in the garage to repair damage this system makes it nearly impossible to gain back laps lost. This year the Race Director has added the option to deploy a FCY (full course yellow), which requires all the cars to run at 80 kph around the entire track and has not been used before at Le Mans. Other racing series call this a virtual safety car. During the FCY the pits will remain closed so the FCY essentially freezes the track positions and gaps and allows the track marshals and staff to attend to track issue more safely. It also removes the random gain or loss you get from slow zones or a safety car.

Race Strategy: Again, (1) Stay out of the garage, (2) Stay on the track, (3) Do not hit anything or get hit, (4) Stop only for fuel, tires and the occasional engine oil, with a front brake change somewhere in the wee hours. The brake change this year will use a quick-change system which should get it done within a normal fueling time. The later you do it the better the brakes will be on Sunday when you may need to push. The cars are so reliable now and lap times so close, a two second advantage (or deficient) in each pit stop tire change could ultimately determine the winner.

Fuel: Fuel economy is a small concern this year at Le Mans; where it has not been in years past. The ACO took the test data and adjusted fuel capacities for all GTE-Pro cars to be able to run 14 lap stints plus three liters additional fuel capacity. It's up to the teams to setup the fueling rate so that a full load of fuel with the car on the ground takes 35 seconds. The overall time to fuel and number of laps in a stint isn't restricted this year, unlike in 2018. A stint will be just under an hour.

Tires: With the GTE allotment of 15 sets of slicks for the race. There is no limit to the number of sets of wets that may be used in the race. We'll need to double almost every set of tires. It's a long track and when it starts to sprinkle with rain on the pit straight, it can be dry or pouring on the other side of the track. Tire selection is sometimes more luck than skill, but we have more tire options here than in the States. We have three (3) dry compounds, and two (2) wet options. The correct wet or damp option is not always obvious. You rely heavily on good weather radar and your drivers' judgment and experience.

Pit Stop: Rules have changed this year. Four (4) crew and two (2) wheel guns; wheel change and fueling can be done together again this year. Fuel fill time will pace the total stop time.

You need a skilled crew and drivers, along with some luck to win at Le Mans. We did it with the 333 SP in 1998, the F430 in 2008 and 2009, and finished 2nd in the Pro class in 2016, and 3rd in Am last year. We'd like to think we're in the running for a win this year but with the competition being fierce in GTE...it will be a tough, hard fought race.  It will likely come down to the last couple of stints and the cars separated by only a few seconds at the end.