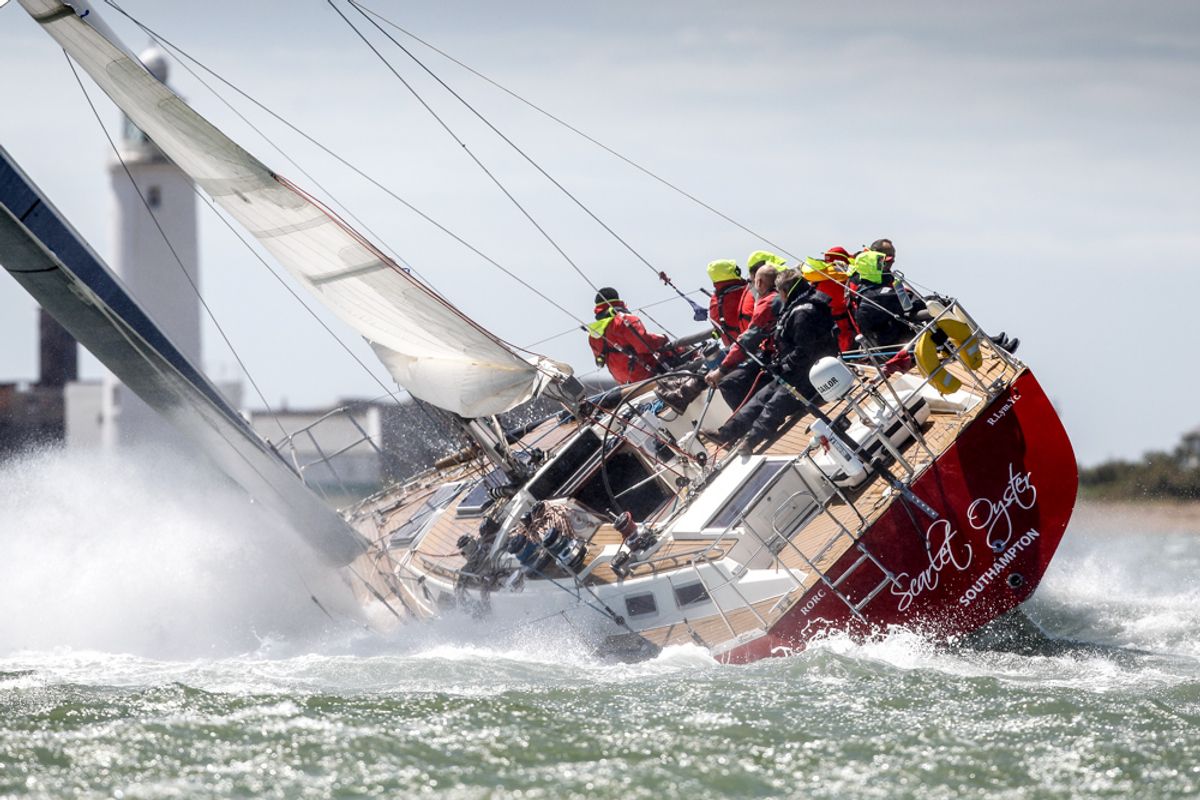 With 40 knots of wind speed recorded during the race, the 2019 RORC De Guingand Bowl was undoubtedly a tough test for both the crews and competing yachts.

Starting from the Royal Yacht Squadron Line, a four-mile downwind leg to Browndown provided a breath-taking start. The fleet then returned through the Solent upwind with a building tide through Hurst Narrows. The beating continued all the way to East Shambles off Weymouth. After the long hard beat, the fleet turned east for a long sleigh ride back around the south side of the Isle of Wight, with a beat to finish at Mother Bank.

“This was our first time out with the crew that will be racing in the Rolex Fastnet Race,” commented Scarlet Oyster's Ross Applebey. “I think a couple of them might we wondering what they let themselves in for! We were conservative for the 4-mile run at the start. Using a headsail, we stayed in control and in good shape to harden up for the beat. We headed for Lymington, Scarlet's home port, local knowledge helped to get inshore and out of the tide. It was tough getting through Hurst Narrows, perhaps we should have lined that up better, making fewer tacks in foul tide. The beat down to Weymouth was pretty full on but Scarlet is a reliable boat, and we managed to keep up with some good competitors. Downwind, back towards the Isle of Wight was fast.  We were hitting 15-18 knots and touched 19 knots down one wave. We went for the stable A3 spinnaker with a headsail inside it, if we did broach the spinnaker would not wrap around the forestay. Generally we gave ourselves plenty of time, planning and talking through every manoeuvre. As this was a short race we pushed pretty hard the whole way. If this was the Rolex Fastnet Race, we would have throttled back, as in any 600-miler you have to pace yourself.”