The Road to Hell: RX2 bound full-throttle for Norway 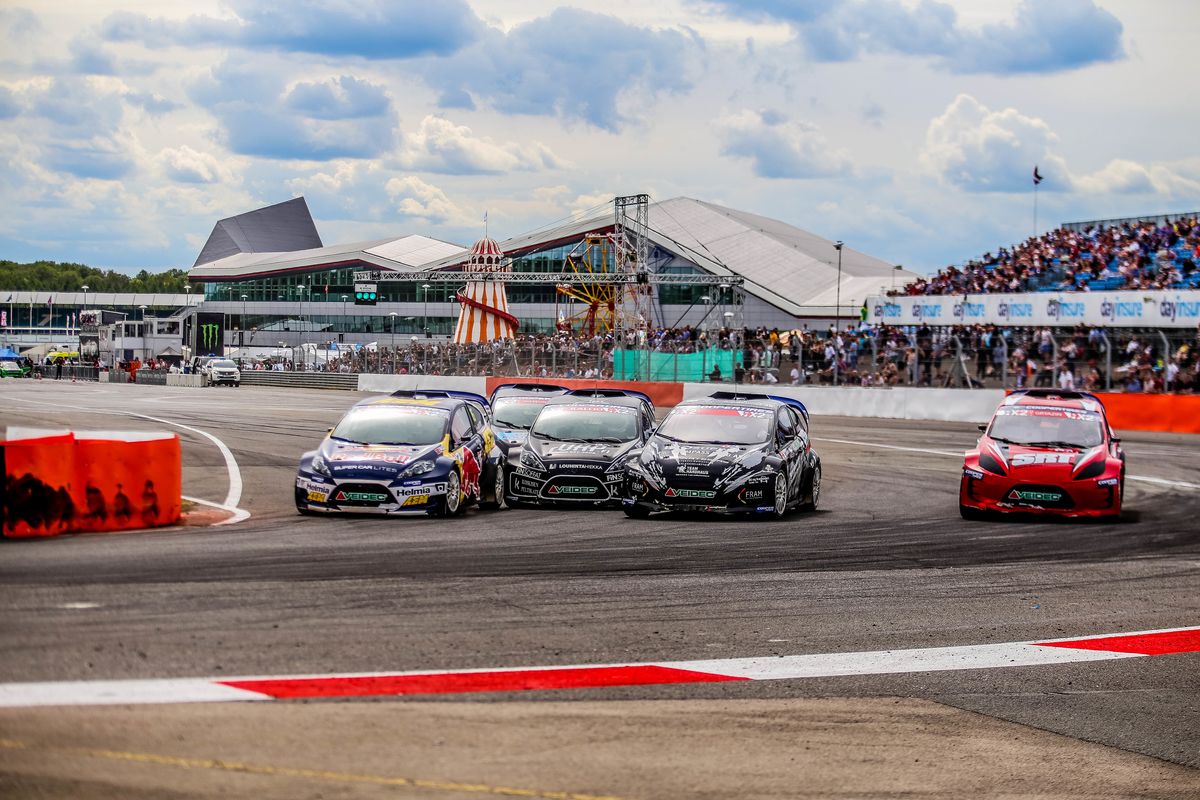 Competitors in the RX2 International Series presented by Cooper Tires are gearing up to go Hell for leather in Norway this weekend (15/16 June), as they continue to chase the coveted crown in the fiercely-contested FIA World Rallycross Championship support series.

RX2 has been the official feeder category to World RX since 2017, with inaugural champion Cyril Raymond and last year’s runner-up Guillaume De Ridder both proving the success of the formula by graduating to the pinnacle of the sport this season with the GCK Academy.

The 2019 campaign has already seen three thrilling instalments in Spain, Belgium and the UK, with Norway staging round four this weekend. The 15-strong field is led by defending title-holder Oliver Eriksson (Olsbergs MSE), who has gone unbeaten thus far this season and holds a 13-point advantage at the summit of the drivers’ standings arriving in Hell.

The young Swede’s closest rival is his own team-mate – and ultra-impressive RX2 rookie – Jesse Kallio (Finland), who came within a whisker of taking his first victory in the series at Spa-Francorchamps last month. The third OMSE car is piloted by another rapid newcomer. Fraser McConnell is the first Jamaican driver in RX2 history, and immediately made his mark in the Barcelona curtain-raiser with a sensational round-the-outside overtake for second place that brought the crowd to their feet.

Fourth in the table is SET Promotion’s Sami-Matti Trogen – the youngest driver on the grid at only 17. Having finished just shy of the rostrum at each event so far in 2019, the Finnish teenager will be keen to climb the podium in Hell.

Vasiliy Gryazin (Sports Racing Technologies) took the chequered flag third last time out at Silverstone and is building momentum as he targets his breakthrough triumph in the series, but Ben-Philip Gundersen (JC Raceteknik) was conversely out of luck in Britain, finding himself squeezed into the barriers at the start of the final. The Norwegian has endured a rollercoaster ride over the opening three rounds, but his raw speed is certainly not in doubt.

“I’m really looking forward to my home round,” the 24-year-old enthused. “Hell is a proper, old-school rallycross track and the World Championship always draws the crowds in Norway, so hopefully that support will help to spur me on to a great result this weekend.

“We had a rough start to the season in Barcelona, but we’ve been fighting back ever since. We’re still lacking that last little bit to truly take the fight to the Olsbergs boys and Hell hasn’t traditionally been my strongest circuit on the calendar – I haven’t always felt that comfortable here – but hopefully that will be different this year and I promise you I’ll be giving it everything I’ve got!”

Gundersen’s JC Raceteknik stablemate William Nilsson is almost back to full fitness following an accident in the season-opener that left him feeling battered and bruised. The Swedish teenager was unfortunate to miss out on the final at Silverstone, while countryman Anders Michalak progressed through to the last six on British soil for the second consecutive year and is increasingly taking the fight to his younger adversaries.

Fellow Swede Simon Olofsson is invariably a crowd-pleaser with his trademark sideways style, and Jimmie Walfridson returns to the fray for JC Raceteknik after skipping the most recent round – but fired-up by a top three finish in RallyX Nordic in Denmark.

The field is completed by reigning EuroRX TouringCar champion Steve Volders, record-breaking former Olympian Albert Llovera – paralysed from the waist down by a serious skiing accident in 1985 – and guest entries Marcus Höglund, Petter Leirhol and Morten Asklund. Höglund has competed in Hell in each of the past two seasons – reaching the semi-final stage in 2017 – while Norwegians Leirhol and Asklund are sure to enjoy enthusiastic support on home turf.

The Hell RX2 action will begin with free practice and the opening two qualifying races on Saturday (15 June), followed by the remaining two qualifiers, two semi-finals and the final on Sunday (16 June). Fans will be able to watch all of the qualifying races live via the FIA World RX and RX2 Series Facebook pages, with the semi-finals and all-important final featuring as part of the live World RX television broadcast.