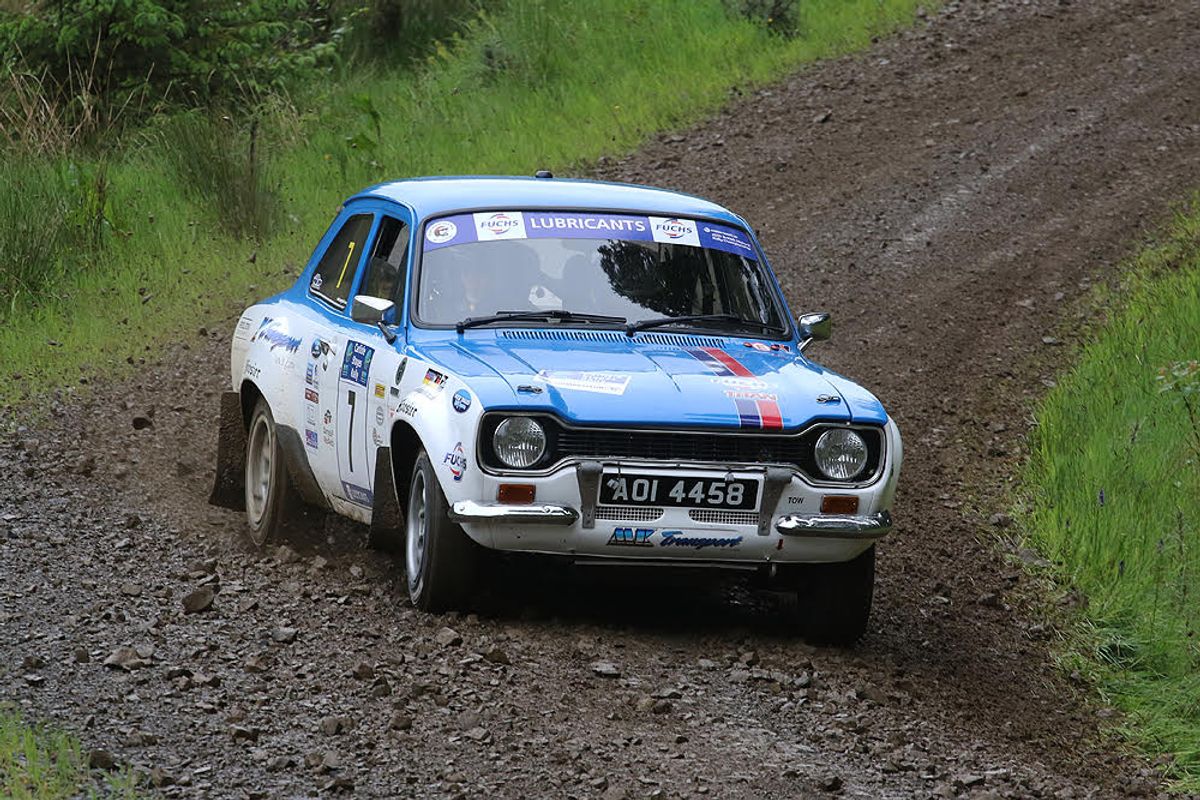 The classic flowing stages of South Wales form the next destination for contenders in the FUCHS LUBRICANTS Motorsport UK British Historic Rally Championship for round four, the Red Kite Stages (Sunday 23 June).

The Amman and District Motor Club event comes hot on the heels of round three, the ATL Carlisle Stages, and the recent Kielder event rather turned the championship upside down as many crews hit problems or incidents. Next up are the forest stages of South Wales and the prospect of another change of championship leader as Carlisle winner Matthew Robinson will not contest the Red Kite due to plans to compete on the Midnight Sun Rally in Sweden in early July.

Historic cars spanning the 1960s and 1970s will tackle forest stages in the Rheola, Resolven and Margam region during the fourth of the seven-round calendar, which includes five gravel rallies and two asphalt events. As well as an on-going TV package, the championship will make extensive use of social media channels with a particular focus on Facebook and YouTube.

After three rounds of the BHRC, Robinson has a small lead over Irishmen Stanley Orr and Graham Henderson (Escort Mk1), while former championship leaders Joe Price and Chris Brooks are third. Price was forced out of the Carlisle Stages by engine trouble and his entry on the Red Kite is yet to be confirmed. Even if Price does not make it, Orr has plenty of rivals for the big BHRC scores, including countrymen Adrian Hetherington/Ronan O’Neill, Simon Webster/Jez Rogers (who came so close to winning in Carlisle), Ben Friend/Cliffy Simmons, Steve Bennett/Osian Owen, Alan Walker/Will Rogers and Rudi Lancaster/Guy Weaver. In what promises to be the most open BHRC rally for several seasons, any one of those crews could take victory and several more leading entries may yet be confirmed.

In class D3, for the Pinto-powered Escort Mk2s, Josh Browne and Jane Edgington will likely bounce back from an axle-related retirement in Carlisle to set a scorching pace as David Lloyd-Roberts and Dei Jones lead the chase.

In class C2, for the 1600cc Category 2 cars, the remarkable pace of Stuart and Linda Cariss is coming under increasing attack from Philip Atkinson and Louise Gilks in their Escort Mk1. They finished dead level on the Carlisle Stages and it took a tie-break to confirm Cariss as class winner. However, the return of young Isle of Man charger Rory McCann in Tim Tugwell’s Hillman Avenger could up the C2 pace even further.

The event comprises six special stages, with service based in Resolven. The first car starts at 9am and is due back at the finish at around 2.45pm. All two-wheel drive cars will run first, in reverse seeded order, followed by a short gap and then the four-wheel drive cars, which will run in conventional order.