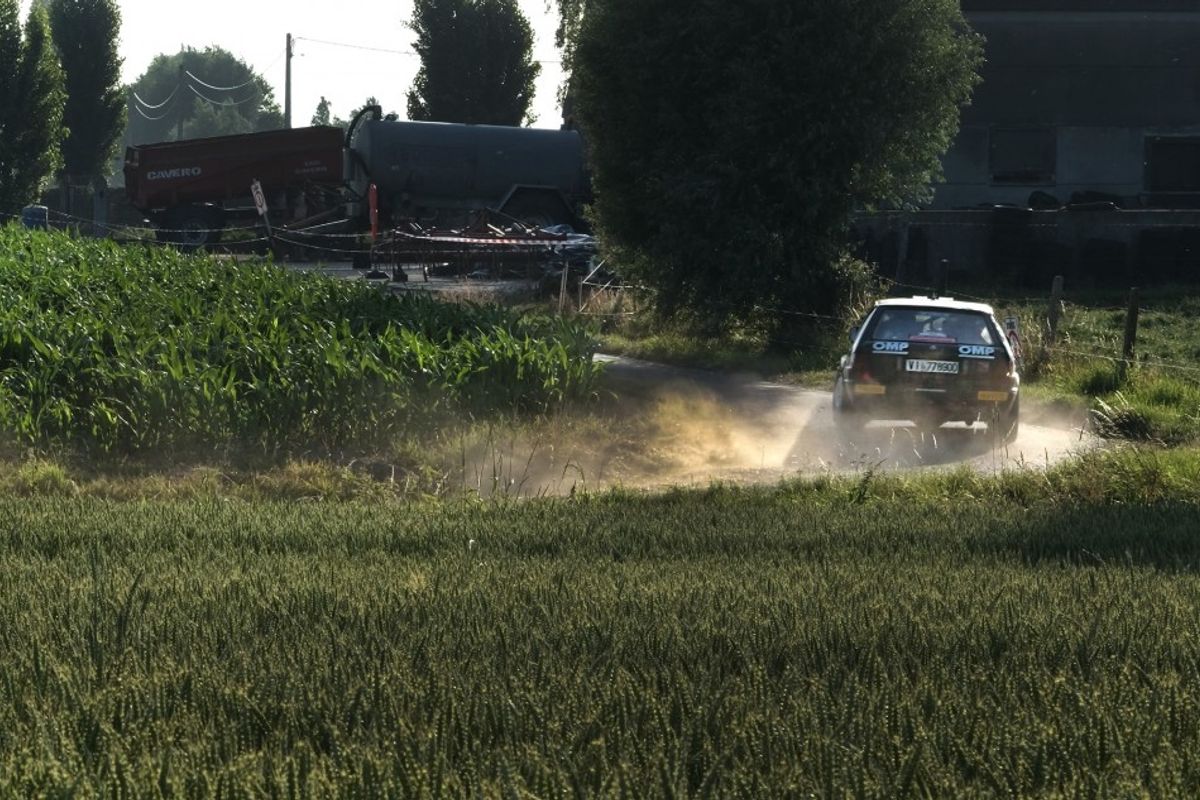 The no203 Key Sport Engineering Lancia Delta Integrale is the top EHSRC car on the opening day of the Ypres Historic Rally, Round 4 of the 2019 FIA European Historic Sporting Rally Championship.  The Lancia of ‘Lucky’ and Fabrizia Pons ended the day with a total time of 18 minutes 52.5 seconds after complete the three special stages, the Italian crew 38.1 seconds behind the BMW M3 of Belgian crew Bjorn Stx and Ari Vanrobaeys.

The local Belgian crews have a long history of success on the tricky farming rounds that make the Ypres Historic Rally unique, but two EHSRC crews are currently in the top three, with Daniel Alonso and Candido Carrera lying in third overall in the no202 Ford Sierra Cosworth 4x4 14.7 seconds behind the Lancia Delta and 52.8 second adrift of the leading Belgian crew.

Category 3 is being led by the no 201 Porsche 911 of Karl Wagner and Gerda Zauner, the Austrians in 7th overall and well ahead of their nearest class rivals, the no217 Porsche 911 SC of Belgian crew Piet Declerq and Dieter Denys.

Anders and Ingrid Johnsen head to the service park as the category 2 leaders, despite going straight on during SS2 at a tight right hand corner.  The Swedes in the no208 Porsche are 10 seconds ahead of the Carlo Mylle and Steven Vyncke in the no228 Porsche 911 RSR, with reigning champions Laszlo Mekler and Edit Mekler Miko in the no216 Alfa Romeo GTam in third place.

The overnight Category 1 leaders are Ernie and Karen Graham in the no241 Ford Escort Twin Cam, the British crew finishing the day in 19th overall and 12.4 seconds ahead of the no242 Ford Escort of Heiko Dlugos and Tim Rauber.

Day two will feature eleven special stages starting at 10h25 and concluding on the podium in the center of Ypres at 18h45.