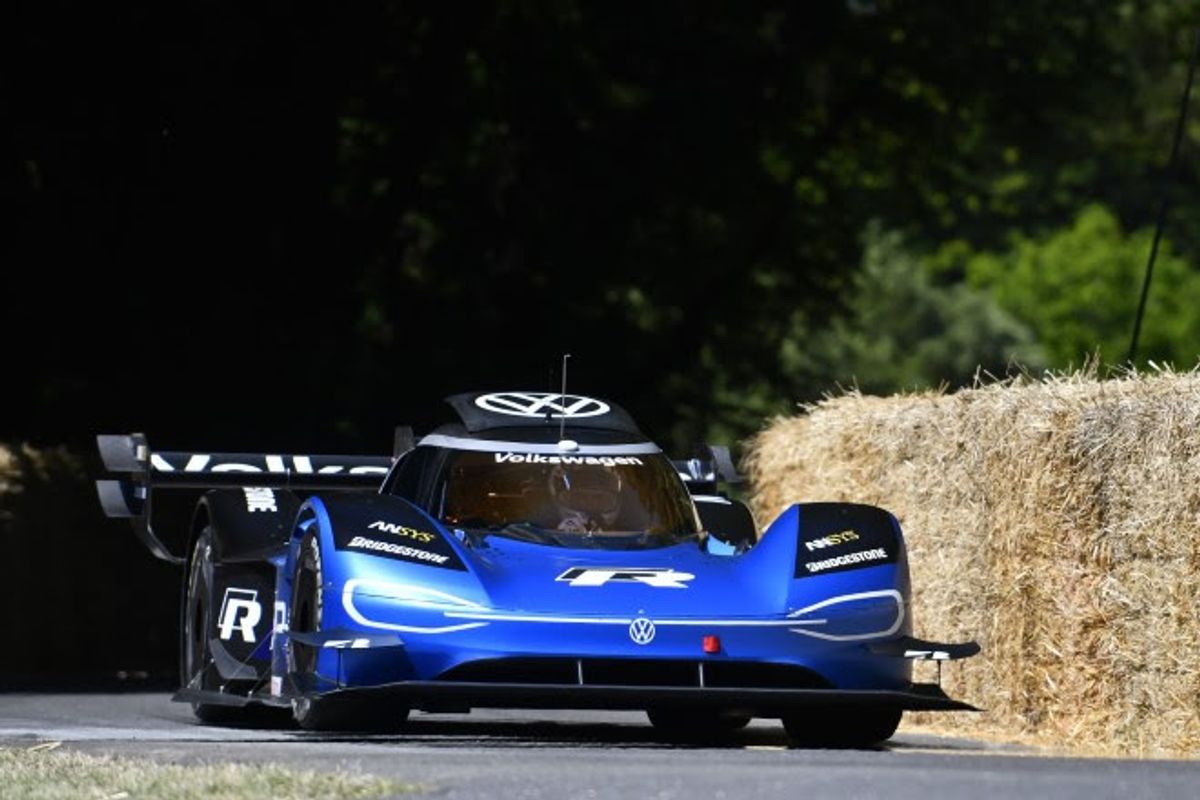 The all-electric Volkswagen ID. R has set the fastest ever time up the Goodwood Hillclimb course, completing the legendary climb in 00:41:18sec

The previous record 00:41:60 stood for 20 years, and was set in 1999 by Nick Heidfeld driving a McLaren MP4/13
The all-electric Volkswagen was piloted by two-time Le Mans 24 Hours-winner Romain Dumas

The ID.R set a new electric vehicle lap record on the Nürburgring Nordschleife of 6:05:33, at an average speed of 96 km/h in June

The year’s Festival of Speed has a theme of ‘Speed Kings, Motorsport Record Breakers’
The all-electric Volkswagen ID.R has broken the outright Goodwood Festival of Speed presented by Mastercard Hillclimb record, 20 years after it was set by ex-F1 star Nick Heidfeld in a McLaren MP4/13. By stopping the clock in a time of 41.18 seconds the state-of-the-art ID.R averaged 101.4mph along the challenging 1.16-mile course.

Driven by two-time Le Mans 24 Hours-winner Romain Dumas, the Hillclimb record is the third landmark for the all-electric machine. The ID.R established a new electric vehicle lap record around the famous Nürburgring Nordschleife, with a time of 06:05.33 minutes in June, to add to its outright record on the Pikes Peak International Hill Climb in Colorado, USA, (07.57.15 minutes) set in June 2018.

With a further year of development behind it, the all-electric ID.R produces 500kW (670bhp) and 650Nm of torque, and weighs less than 1,100kg with the driver on board. The remarkable Volkswagen can accelerate from 0-62mph in 2.25 seconds, topping out at 168mph.

Motorsport Director Sven Smeets from Volkswagen said: “The Goodwood Festival of Speed Hillclimb is one of the most iconic Hillclimbs in the world. The track is so narrow and difficult to master, with zero room for error. Dumas and the whole Volkswagen team performed flawlessly to set the record.

“A change is taking place in the field of production vehicles and in motorsport. Electric cars are becoming increasingly more powerful and it’s great to see them now rivalling combustion engines on track. To get an idea of how far we’ve developed the car, in 2018 we ran a 00:43.86 – this year we were almost three seconds faster.”