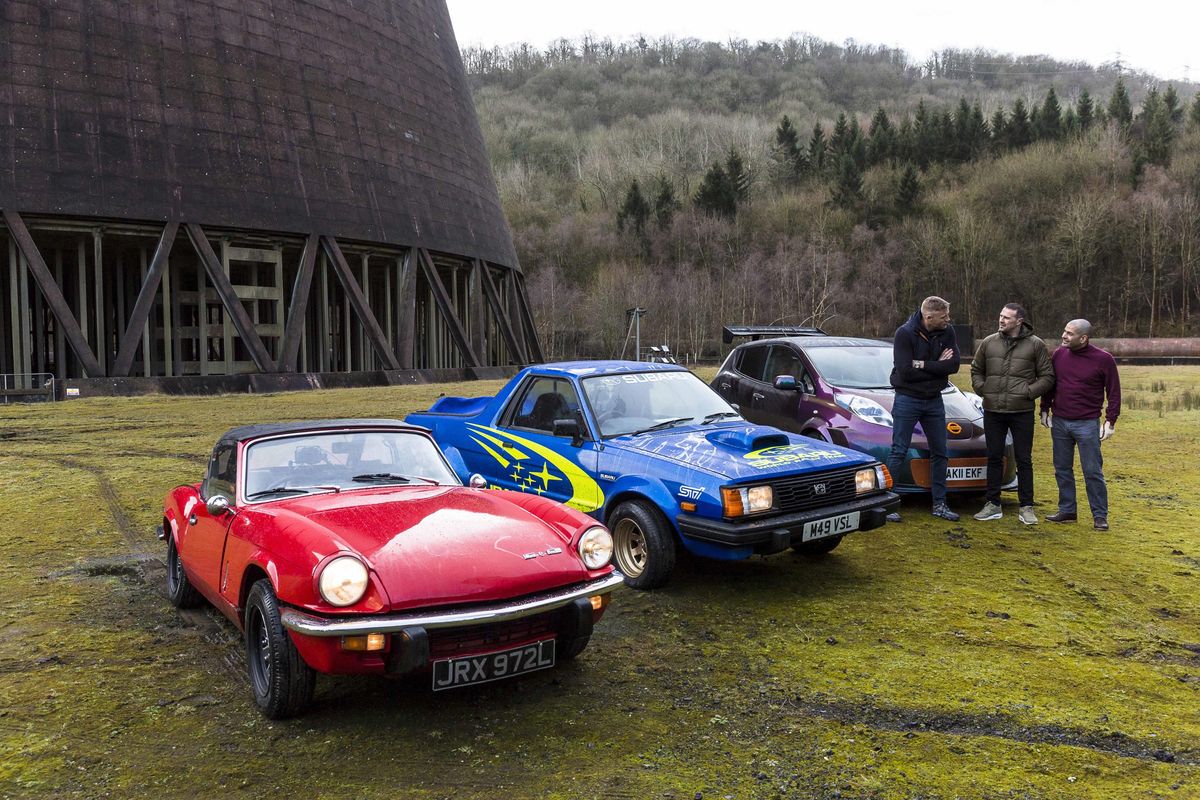 A collection of cars from the filming of the brand new series of Top Gear – with new presenters Paddy McGuinness and Freddie Flintoff alongside veteran Chris Harris – have been put on display at Beaulieu.

Visitors to Beaulieu’s World of Top Gear can get up-close to the most memorable motors from Series 27, which kickstarts a brand new era for the iconic motoring show. From electric cars driven by Freddie Flintoff and Chris Harris to Paddy McGuinness’ Overtaker hearse and some classics which survived the Borneo jungle challenge, there is something for all the family.

The Borneo film saw Paddy and Freddie tasked with buying rare, but cheap, classic cars in episode four. Paddy bought a Matra Bagheera, France’s forgotten 1970s sports car, while Freddie went for a rarely-seen estate version of the Austin Allegro. The terrain and climate of the jungle was not only a challenge for the ageing cars but also for Paddy, who admitted to not being a confident traveller. The Top Gear journey included Brunei and, on returning to the UK, the cars were repainted in the bright rainbow colours of LGBT pride, in opposition to Brunei’s stance on homosexuality.

The unmistakable bright blue Overtaker from episode three started life as a normal Daimler hearse, until Paddy decided that the tired coffin-carrier would make the perfect second-hand family car. Heavily modified and fitted with family-friendly additions including a ball pond, Etch A Sketch and secret sweets stash, the newly-dubbed Overtaker looked as though it would have a bright future – until Freddie rolled it during an off-road challenge.

Top Gear has also turned its hand to electric vehicles. Chris swapped his classic Triumph Spitfire’s petrol engine for an electric motor, while Freddie added plug-in power to the rear wheels of his Subaru Brat pick-up and secretly kept the original engine up-front. Meanwhile, Paddy started off with a standard Nissan Leaf which he modified to make it look sportier. Despite electric shocks for the presenters as they negotiated a race track and disaster for Freddie as he crashed into a market stall during the 24 Minutes of Le Mansfield endurance race, the trio proved that homemade electric cars really can be fun.

The six cars on display at Beaulieu include the Triumph Spitfire, Subaru Brat and Nissan Leaf electric cars, the Overtaker hearse and the Austin Allegro estate and Matra Bagheera from the Borneo jungle.

Visitors to Beaulieu can see these extraordinary cars in the World of Top Gear as part of a general admission ticket to Beaulieu. Entry also includes the National Motor Museum with its Chitty Chitty Bang Bang 50 years exhibition, On Screen Cars, the ancestral Montagu home of Palace House, Secret Army exhibition, Beaulieu Abbey and the grounds and gardens. Tickets can be bought in advance online. For tickets and details see www.beaulieu.co.uk or call 01590 612345.