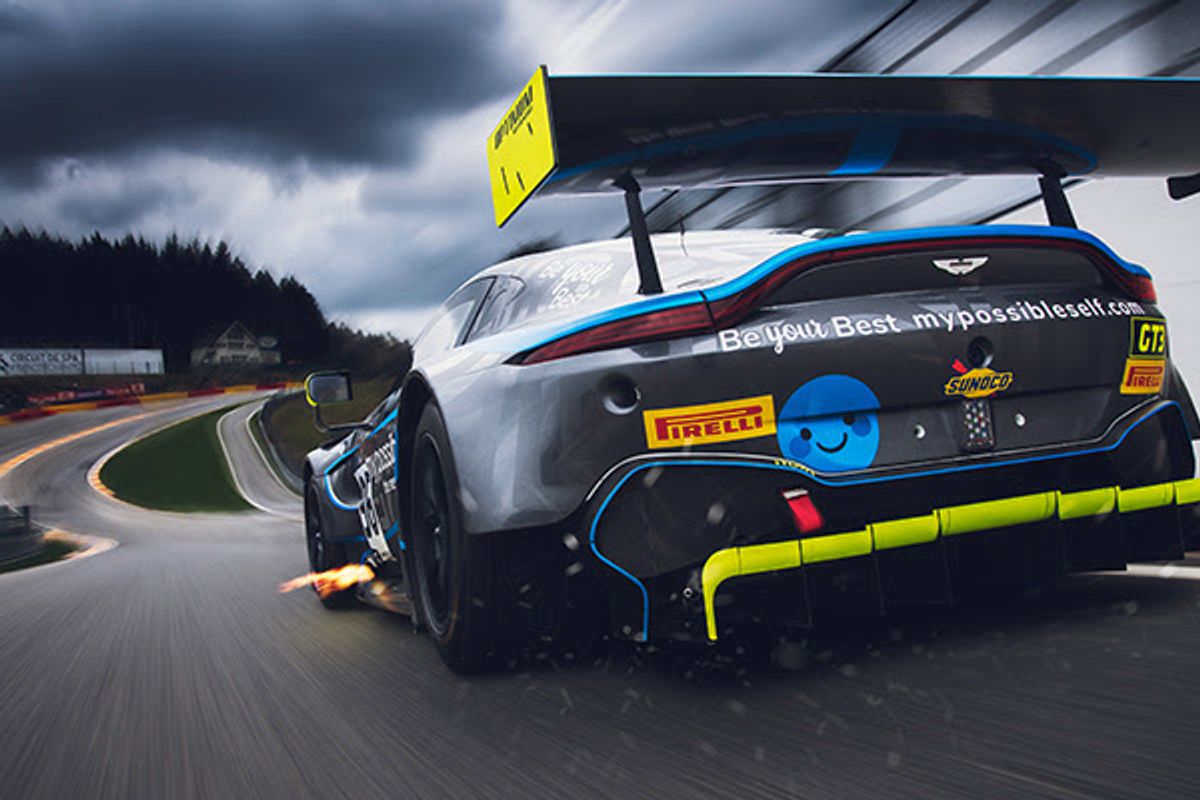 2019’s blockbuster British GT campaign continues in Belgium this weekend when 41 cars take on one of the world’s most challenging circuits: Spa-Francorchamps.

15 GT3s and 26 GT4s – the latter equalling the record set at Silverstone this year – tackle a two-hour enduro that could directly impact the destination of this year’s titles. Indeed, a big points’ haul at Spa would give current leaders Adam Balon and Phil Keen (Barwell Motorsport) plus Seb Priaulx and Scott Maxwell (Multimatic Motorsports) a chance to wrap up their respective championships with a round to spare at Brands Hatch next month.

Back in May, and having just claimed both victories at Snetterton, it was almost impossible to imagine anyone other than Adam Balon and Phil Keen winning this year’s GT3 crown. However, just 24 points from a possible 75 since then has reignited the GT3 title fight with three rounds remaining.

The #72 Lamborghini crew’s advantage over Barwell team-mates Sam De Haan and Jonny Cocker now stands at 8.5 points, while Donington winners Graham Davidson and Jonny Adam are a further 23 behind. A 20s Pitstop Success Penalty undoubtedly complicates matters for TF Sport’s best placed line-up, although both drivers can be encouraged by their individual performances at Spa 12 months ago when Davidson claimed his maiden British GT victory and Adam qualified on pole.

Balfe Motorsport’s McLaren is also handicapped to the tune of 15s after finishing second last time out. That result confirmed Shaun Balfe and Rob Bell as serious victory contenders despite ninth in the standings suggesting otherwise. Indeed, two podiums amidst a season punctuated by bad luck have generated 42 of their 43.5 points.

Nevertheless, so competitive is British GT’s midfield that just 7.5 points separate Balfe’s duo from Ollie Wilkinson and Bradley Ellis in fourth. A fire and subsequent DNF at Donington prevented Optimum Motorsport’s Aston Martin from scoring for the first time this season, helping others to make ground in both the overall and Silver Cup standings. In the latter, their advantage over Team Parker’s Ryan Ratcliffe and Glynn Geddie now stands at just 5.5 points. However, Wilkinson should be brimming with confidence after claiming his first overall GT Open win with Optimum last weekend.

Only Davidson/Adam have scored as many points in the last two races as Michael Igoe and Dennis Lind who head to Spa with the added bonus of competing Success Penalty-free. WPI Motorsport have impressed many since joining British GT’s senior class at Snetterton where the additional points scored alongside former co-driver Adam Wilcox have helped Igoe move to within 1.5 of Wilkinson/Ellis. Mark Farmer and Nicki Thiim are 2.5 further back in the second of TF Sport’s Aston Martins.

Meanwhile, Rick Parfitt Jnr and Seb Morris will see Spa as an opportunity to re-set after struggling to capture the form that made JRM’s Bentley look like a championship contender on the first weekend at Oulton Park. Parfitt Jnr returns to the scene of his best result last season when he finished second with Ratcliffe.

It’s also been one of those seasons for RAM Racing who couldn’t catch a break at Donington after looking sublime at Silverstone. At least Spa holds fond memories for Ian Loggie and Callum Macleod who claimed their first British GT victories there in 2017 after securing class honours at the 24 Hours of Spa two years earlier.

Elsewhere, Darren Turner makes his first British GT start since September after teaming up with debutants Tony Quinn and M2 Competition. However, there is one notable absentee from the entry list: clashing Le Mans Cup commitments have forced Beechdean AMR to skip Spa. Their Aston Martin will return at Brands Hatch.

GT4: ALL TO PLAY FOR

Another incredible GT4 entry makes its way to Spa this weekend when the championship’s top-three crews must all serve Pitstop Success Penalties.

Swedish squad Alfab Racing has entered a McLaren 570S for Erik Behrens and Daniel Ros. The same combination currently competes in GT4 Scandinavia, while the team also has recent experience of racing in the GT4 European Series.

Seb Priaulx and Scott Maxwell returned to the top of the standings at Donington by claiming their second win of the season in dominant fashion. They were followed home by championship rivals Dean Macdonald and Callum Pointon (HHC Motorsport) who find themselves second for the first time this year after slipping 8.5 points adrift. Third went to Lewis Proctor and Jordan Collard who are also within a victory of Priaulx/Maxwell.

All three must therefore serve Success Penalties at Spa, although that’s no guarantee of preventing a back-to-back winner. Just ask Macdonald who overcame the full handicap at the same circuit 12 months ago thanks to a well-timed Safety Car. His then co-driver, Jack Mitchell, went on to win the GT4 crown.

Meanwhile, Multimatic’s line-up sees Priaulx Jnr and Snr competing against one another in identical machinery for the first time. Seb’s knowledge of the Mustang undoubtedly gives him the advantage on paper despite this being his first-ever outing at Spa. However, his father’s rear-wheel-drive pedigree – he won all three WTCC titles in a BMW – and experience of the track ensure a well-matched head-to-head.

Only one GT4 crew has scored points in all six races held so far: Kelvin Fletcher and Martin Plowman. So it should come as no surprise to see Beechdean AMR’s V8 Vantage lying fourth overall and topping the Pro/Am standings. Both drivers still await their first outright class victories, but with no Success Penalty and a shorter mandatory pitstop time than the Silver Cup crews, this could be the weekend to change that particular statistic.

Elsewhere, only Priaulx/Maxwell have out-scored Ash Hand and Tom Canning over the last three races. The crew of TF Sport’s #97 Aston Martin has worked its way back into championship contention after accumulating just two points across the first three races, although they’ll need another big result this weekend to remain a threat heading into the final two rounds.

It’s a similar story for Team Parker’s Nick Jones and Scott Malvern who have endured a frustrating season punctuated by a Silverstone 500 victory and the latter’s incredible qualifying form. A holed radiator that restricted their chances at Donington also dropped them 34.5 points behind Fletcher/Plowman in the Pro/Am table.

Also ahead of them are Balfe’s Graham Johnson and Michael O’Brien, and Fox Motorsport’s Mark Murfitt and Mike Broadhurst. Both crews have been mightily consistent in recent rounds where the latter scored back-to-back Pro/Am podiums.

Meanwhile, reigning champions, Century, came within minutes of securing their first podium of the year at Donington. And its BMWs should have the pace to run near the front again this weekend after claiming victory at Spa last season.

LIVE COVERAGE
British GT’s race at Spa will be shown live for the first time ever this Sunday. Watch it live on the championship’s social media platforms and website, as well as SRO’s GT World Youtube channel. Support races are also streamed live on BritishGT.com/live.

The minimum drive time of the starting driver is 60 minutes.