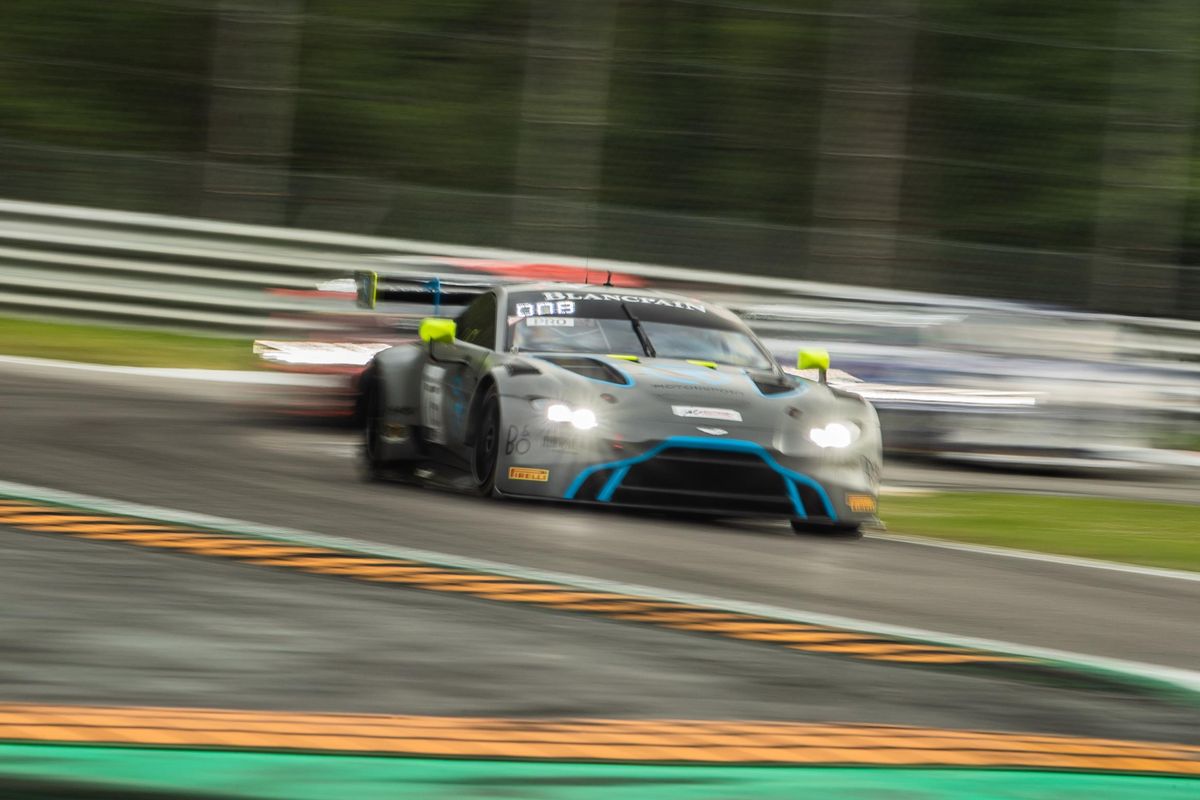 The 2019 TOTAL 24 Hours of Spa will feature the strongest ever Aston Martin partner team entry as the British luxury sportscar manufacturer bids to secure its first outright victory in the legendary Belgian race this weekend.

With no less than six Vantage GT3s in the race, it is the largest frontline Aston Martin contingent entered in the event - the blue riband round of the Blancpain GT Endurance Series. The cars will be run by some of AMR's most valued partner teams Garage 59, R-Motorsport and TF Sport, and they will be buoyed by Optimum Motorsport's impressive win with the car at Spa in the domestic British GT Championship last weekend.

Series front-runner R-Motorsport will contest the race with a bumper three-car entry. The Swiss team enters their two regular Blancpain GT Vantage GT3s in the Pro class; the #62 for Matthieu Vaxiviére (F), Matt Parry (GB) and Martin, and the #76 for Marvin Kirkhhöfer (D), Jake Dennis (GB) and Lynn (GB). Then it will run a third car in the Silver Cup class for Ricky Collard (GB), Hugo de Sadeleer (CHE), Ferdinand von Habsburg (A) and Aaro Vainio (I).

Garage 59 have entered their two regular Blancpain GT line-ups of Cóme Ledogar (F), Andrew Watson (GB) and Adam in the Pro #59 entry, while Alexander West (SWE), Harris and Goodwin, who lie second the Am class championship standings after their victory in the last round at Paul Ricard, will race the #188 car along with works driver Gunn.

David King, President, Aston Martin Racing, said: “You only have to cast your eyes over the 72-car entry for the TOTAL Hours of Spa to realise the quality of the field and the importance of the event in the international GT calendar, so for Aston Martin's partner teams to going there in such numbers and strength in depth is a true testament to the Vantage GT3's qualities as a customer racing package. Optimum Motorsport’s dominant win in the British GT Championship last weekend, and the consistent level of competitive performances around the world, suggests that the car is on the brink of a breakthrough result halfway through its first season. We have every reason to expect the Vantage GT3 to be in contention for honours this weekend, and wish our partner teams the best of luck.”

The TOTAL 24 Hours of Spa begins at 1630 CET on Saturday, 27 July with qualifying taking place at 2000 CET on Thursday 25 July. The event can be followed around the world on the Blancpain GT Series official livestream YouTube.