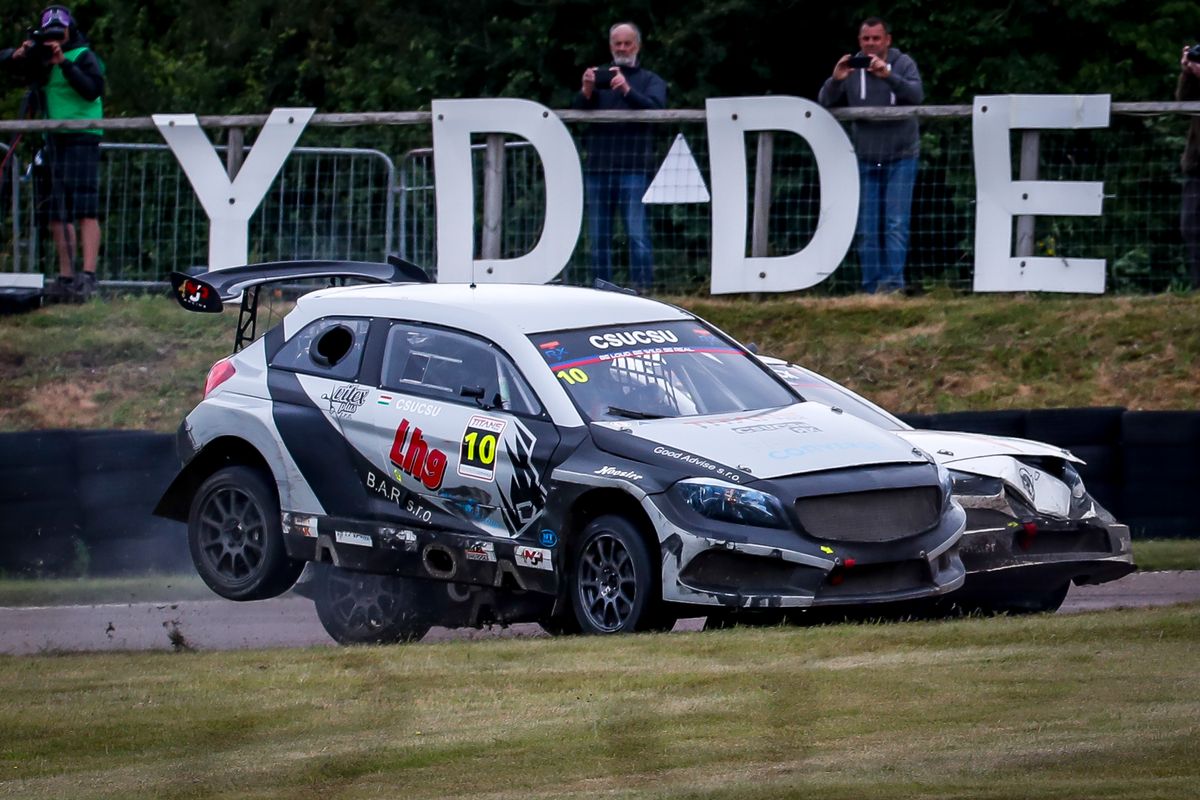 Topi Heikkinen and Kevin Hansen were the stars of the show as TitansRX headed to Lydden Hill for its first event in the UK.

Rounds three and four of the 2019 season took place in mixed conditions at the "home of rallycross", with torrential rain covering the circuit on Saturday, and a hint of sun arriving by the round four final on Sunday.

Heikkinen, who went into the weekend atop of the points, comfortably led home Timmy Hansen and brother Kevin in the wet, leading by 2.4 seconds at the checkered flag.

Behind the three rallycross regulars was Oliver Webb, who was making his series debut. The sportscar specialist challenged Kevin Hansen for the final podium spot but eventually settled for fourth, ahead of wildcard driver Dan Rooke and Tamara Molinaro.

After dominating qualifying Nelson Piquet was forced to miss the final after crashing out of the lead during his semi-final race. Contact for Abbie Eaton in the same race stopped her from advancing as well, and in an incident similar to Piquet's, Ronny C'Rock also crashed out.

In the second semi-final Andrew Jordan failed to make the grid due to engine problems, with his place being filled by Andreas Steffen, while Jerome Grosset-Janin also struggled with engine issues throughout the race which prevented him from going further.

On Sunday it was Kevin Hansen’s turn to dominate. The Swede led the final from start to finish, crossing the line 5.3 seconds ahead of Timmy Hansen.

The elder Hansen brother had to fend off a challenge from Heikkinen throughout the race, with the pair coming together on the final lap. The contact allowed Jordan to sneak through and snatch third from Heikkinen in the final moments of the race.

Among the drivers that missed out on the final, Rooke and Webb suffered mechanical issues in their semi-final, where both looked set to qualify. Perry McCarthy was in a position to capitalise on his fellow debutantes misfortune until a power steering failure left him struggling for pace.

In the second semi-final Steffen had to battle back from a slow start, while a spin for ‘CsuCsu’ in the first corner on the opening lap knocked him out of contention almost immediately.