The Fastnet starts tomorrow, with a Racecar staff member part of Team Polka 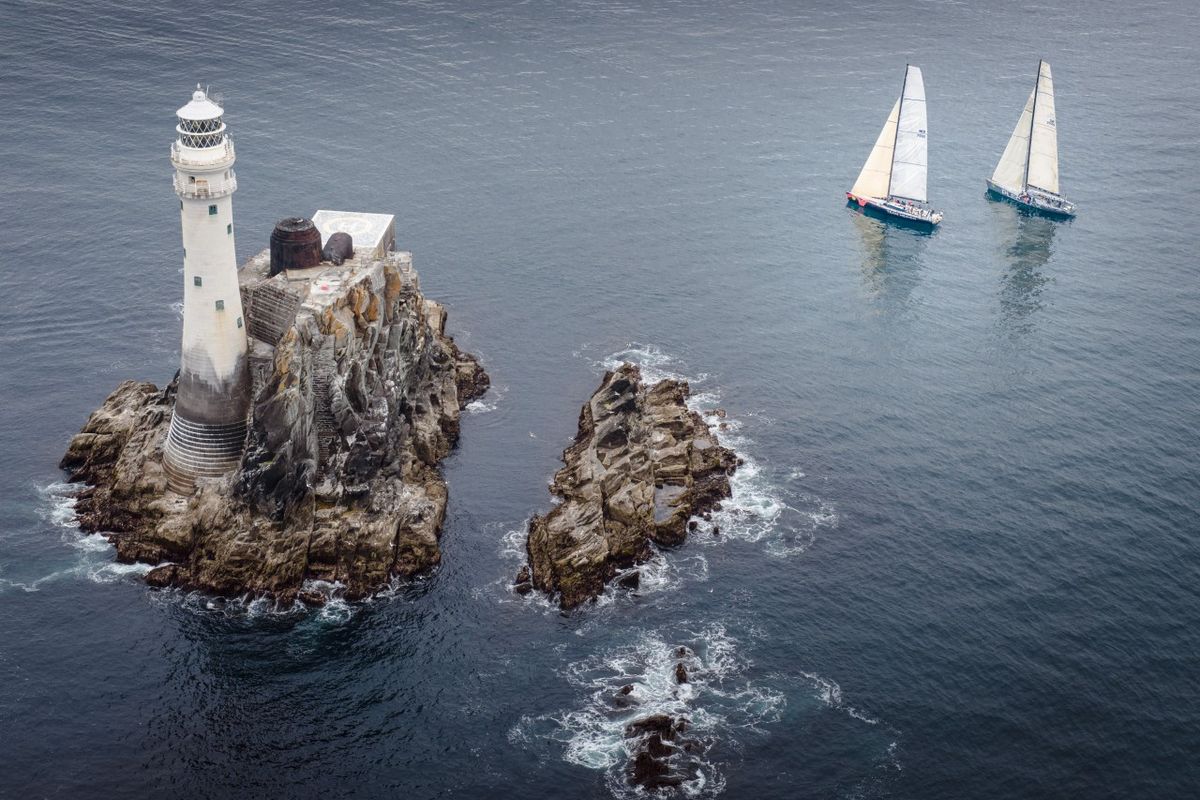 Approximately 400 boats from 27 different countries will be competing in this year's flagship race with the Royal Ocean Racing Club - The 2019 crew of Team Polka includes an intrepid member of Racecar staff!

The team have been put through their paces this season from windy, freezing races to windless drifts but the start of the race itself is very nearly upon us.

Tomorrow Saturday, team Polka will depart Cowes and make their way down the west coast, past the Scillies, over that famed stretch of water, The Irish Sea, round the fabled Fastnet rock* and back to Plymouth for a very well deserved drink! Fortunately, the bar in Plymouth is open 24 hours so no matter what time of day they arrive, after approximately 5 days at sea, they will party in style (if a wee bit smelly!)

They will be posting live updates from the race course including pictures and videos and of course you can also track  progress on the official race tracker.

Fastnet Rock, or simply Fastnet (possibly from Old Norse Hvasstein-ey, meaning 'sharp-tooth isle'; called Carraig Aonair, meaning "lonely rock", in Irish) is a small islet in the Atlantic Ocean and the most southerly point of Ireland. It lies 6.5 kilometres (4.0 mi) southwest of Cape Clear Island and 13 kilometres (8.1 mi) from County Cork on the Irish mainland.

Fastnet is known as "Ireland's Teardrop", because it was the last part of Ireland that 19th-century Irish emigrants saw as they sailed to North America.

Fastnet Rock is a small clay-slate islet with quartz veins. It rises to about 30 metres (98 ft) above low water mark and is separated from the much smaller southern Little Fastnet by a 10-metre (33 ft) wide channel. Fastnet also gives its name to the sea area used by the Shipping Forecasts on BBC Radio The current lighthouse is the second to be built on the rock and is the highest in Ireland.

Fastnet Rock is used as the midpoint of one of the world's classic offshore yachting races, the Fastnet Race, a 1,126 kilometres (700 mi) round trip from Cowes on the Isle of Wight, round the rock and back to Plymouth.