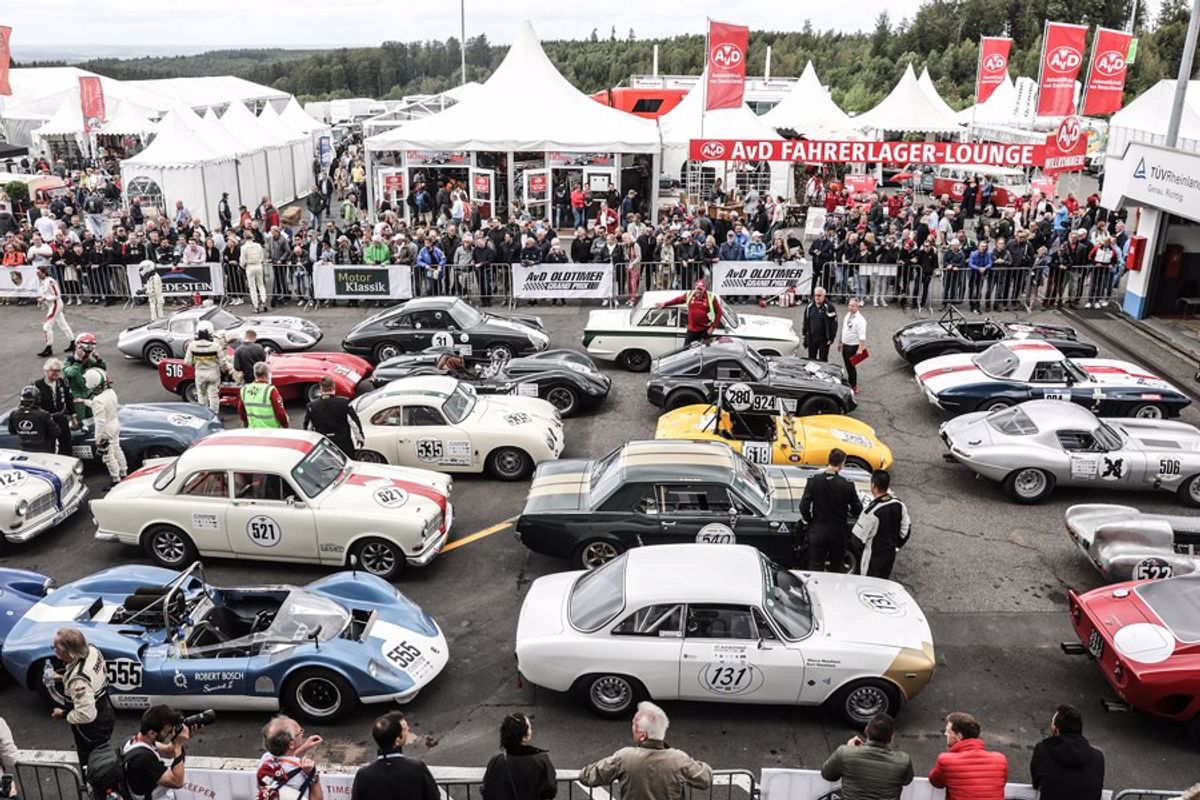 With an armada of beautiful, fast and legendary racing cars, the AvD Oldtimer Grand Prix enthralled spectators at the Nürburgring this weekend (9th to 11th August). At the 47th edition of this tradition-steeped festival, 20 races and regularity tests took them on a time journey from the pre-war era all the way to the World Endurance Championship racing cars of the 2010s. Highlights were the rounds in the historic FIA series for Formula One Cars from the Cosworth era, for sportscars from the1960s and 1970s and for Formula Junior cars.

Just 14 days after the German Grand Prix at Hockenheim, for the sporting organisation of which AvD has been responsible since 1926, Germany’s automobile club with the longest tradition, together with its co-organisers, CHRSN, HMSC and Histomobil, hosted the pinnacle event of the German historic motorsport season. The 53,500 spectators at the venue saw some 500 historic racing cars in various classes, in which the sportscars and GTs from the 1950s and the touring cars from the former DTM and DRM were celebrated as well.

“The AvD Oldtimer Grand Prix is our pinnacle event of historic motorsport that we invest a lot of hard work in all year long,” said AvD President Ludwig Fürst zu Löwenstein-Wertheim-Freudenberg. “It is important to us to always offer a varied programme to our visitors – which we have been doing for 47 years. We are delighted that this year, with two racing series of Fahrergemeinschaft Historischer Rennsport (FHR), we again managed to add some new touches to the event.”