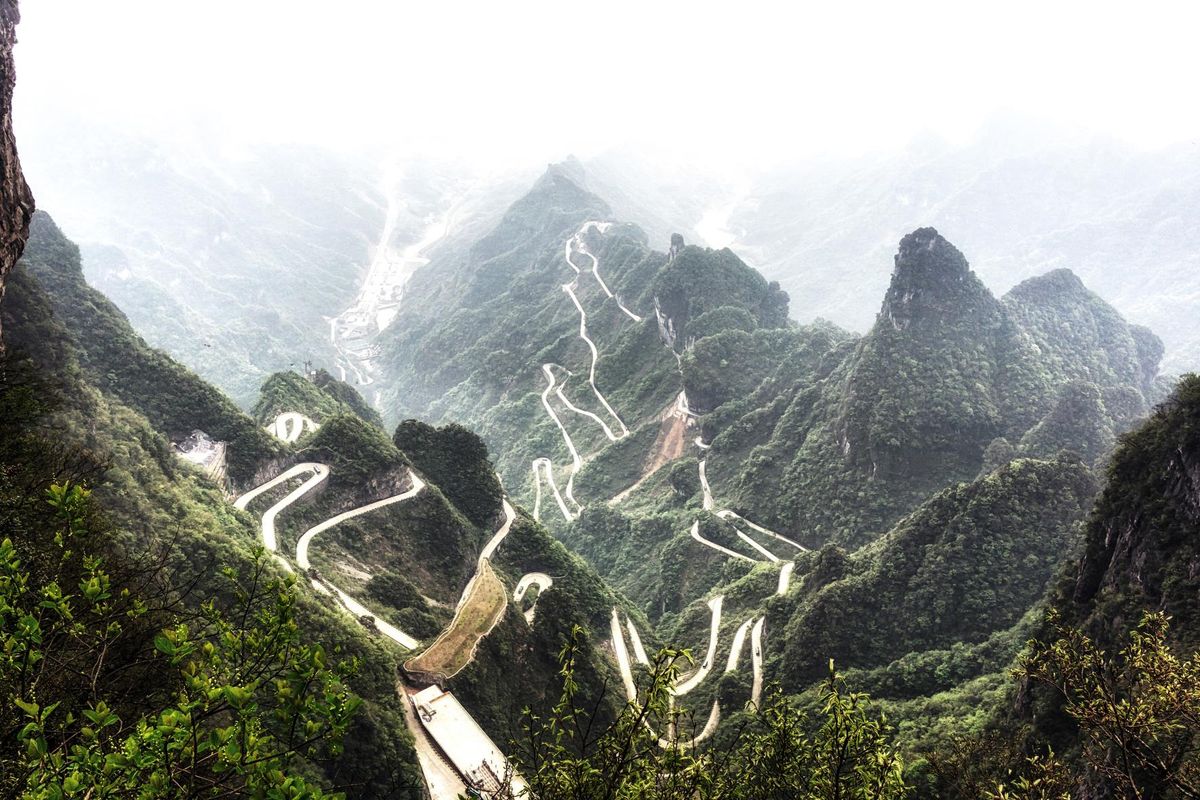 99 DOSES OF ADRENALIN – A BREATH-TAKING ROAD FOR THE VOLKSWAGEN ID.R’S RECORD ATTEMPT IN CHINA

A motorsport expedition to China: on 02 September, Volkswagen will take on Tianmen Mountain Big Gate Road – a road shrouded in legend. The goal is to set a record time with the fully-electric ID.R. Opened in 2006, after eight years of construction, Big Gate Road has already taken on mythical status. With 99 tight corners, the road winds its way roughly eleven kilometres to “Heaven’s Gate” – a natural, 131.5-metre arch in the cliﬀs on Tianmenshan, “Heaven’s Gate Mountain”. The locals speak respectfully of the route, which meanders up the mountain like a ﬂying dragon.

Romain Dumas (F), who has already set records with the fully-electric ID.R on Pikes Peak, at the Nürburgring-Nordschleife, and at the Goodwood Festival of Speed, will tackle this extremely tricky road at speeds ranging from 25 to 230 km/h. “Tianmen Mountain itself and Big Gate Road are simply breath-taking,” says Dumas. “A stunning natural spectacle meets spectacular road building skill here. Scaling the mountain on this road at race tempo is a real challenge for a driver. I will face it with the utmost respect.”

No room for errors – Big Gate Road is a real test
The 99 corners on Big Gate Road are a real test: virtually every single one of them is a tight hairpin, with nothing more than a few concrete blocks separating the road from the precipitous mountainside. The sections of road appear to be stacked on top of each other as they wind rhythmically upwards. The surface of the road is made of concrete slaps, which provide suﬃcient grip but make for an extremely bumpy ride. Turn 88, with its radius of only six metres and a road width between ﬁve and six metres, is a bottleneck, which can probably only be taken at about 25 km/h. In contrast, the 500-kW (680-PS) Volkswagen ID.R will hit roughly 230 km/h on the longest section.

Anyone who does not happen to be attempting to break a record or, on any other day, taking a tourist bus up Big Gate Road, can check out the breath-taking route from the cable car – the longest in the world. It runs from the nearby Zhangjiajie station to “Heaven’s Gate” and the temple on Tianmen, which was originally built during the Tang dynasty. Also worth checking out: the kilometres of paths built along the rock face around the mountain top, including sections with glass ﬂoors. Seven escalators inside the mountain, or 999 steps at a gradient of 45 degrees on the mountain side, lead to the heart of the natural arch.

This is not the ﬁrst time man and machine have taken on the 99 corners on Big Gate Road. They have been conquered in sports cars and in oﬀ- road vehicles. The latter of these actually climbed the 999 steps, which lead at a gradient of 45 degrees to “Heaven’s Gate”. However, no actual record time has been set, as there has not been an oﬃcial start and ﬁnish until now. All that will change with the ID.R’s run: an oﬃcial start and ﬁnish point has been deﬁned for the record attempt.