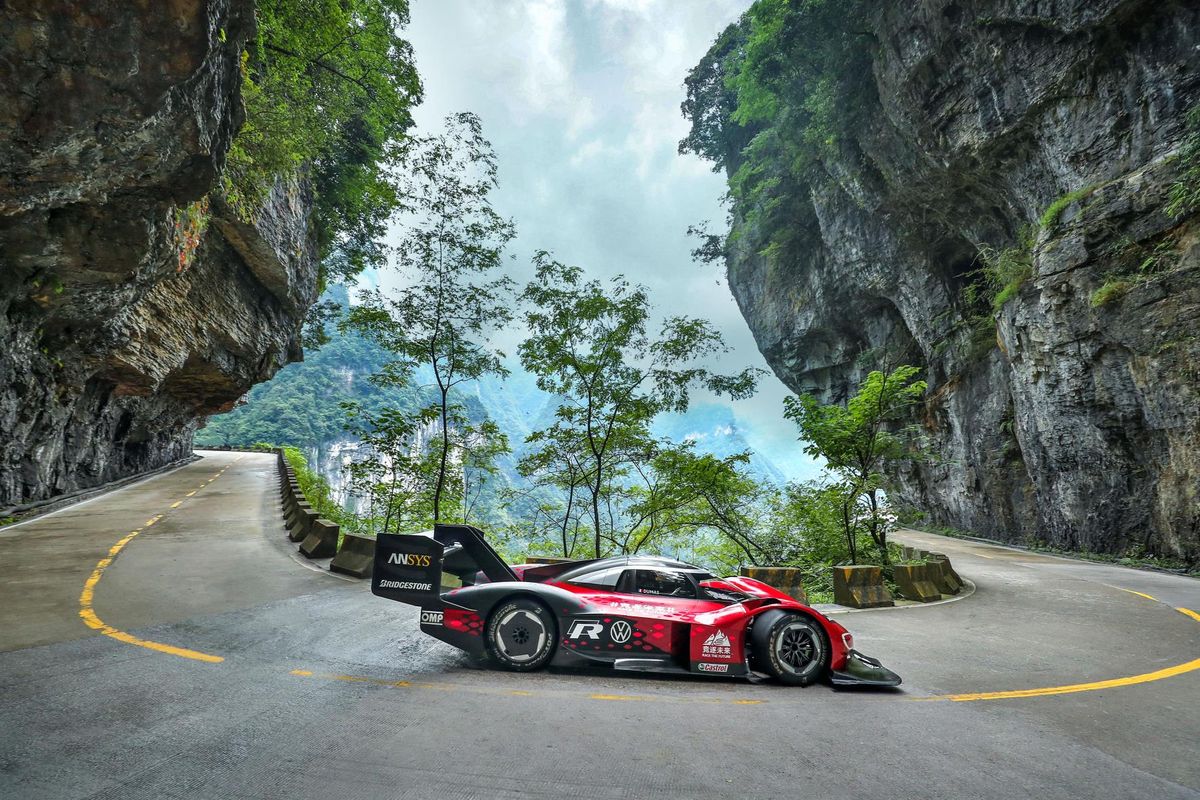 Volkswagen ID.R holds records on Pikes Peak, Tianmen, in Goodwood and on the Nürburgring-Nordschleife

Spectacular impressions: The fascinating record drive on Tianmen on video
The ﬁfth sensational record of the ID.R: more than a week ago at Tianmen, Volkswagen has once again demonstrated its expertise in the ﬁeld of electro-mobility and in motorsport. With the fully electric powered ID.R, the pioneer and ambassador of the brand’s ID product family, Volkswagen has set records worldwide on unique roads resp. tracks and underlined the performance capabilities of electric drive.

Pikes Peak, Goodwood twice, Nordschleife and Tianmen
The successful story of the ID.R began on 24 June 2018, arriving on the scene instantly with a record. At the legendary Pikes Peak (USA), Romain Dumas not only won the famous ‘Race to the Clouds’ with the 500 kW (680 PS) electric four-wheel-drive sports car, but also smashed the all-time record set by a petrol-powered vehicle by a massive 16 seconds.

A few weeks later, Dumas undercut the record for electric vehicles at the tradition-steeped Goodwood Festival of Speed (GB) with the ID.R. On 3 June 2019, Volkswagen stepped it up: The electric record on the Nürburgring-Nordschleife (Germany) was beaten comprehensively, and a few days later came the all-time record in Goodwood. Then followed the pioneering achievement of the year: on the Tianmen Mountain Big Gate Road, Romain Dumas set the ﬁrst oﬃcial record on the breath- taking road to ‘Heaven’s Gate’ in China with the ID.R.