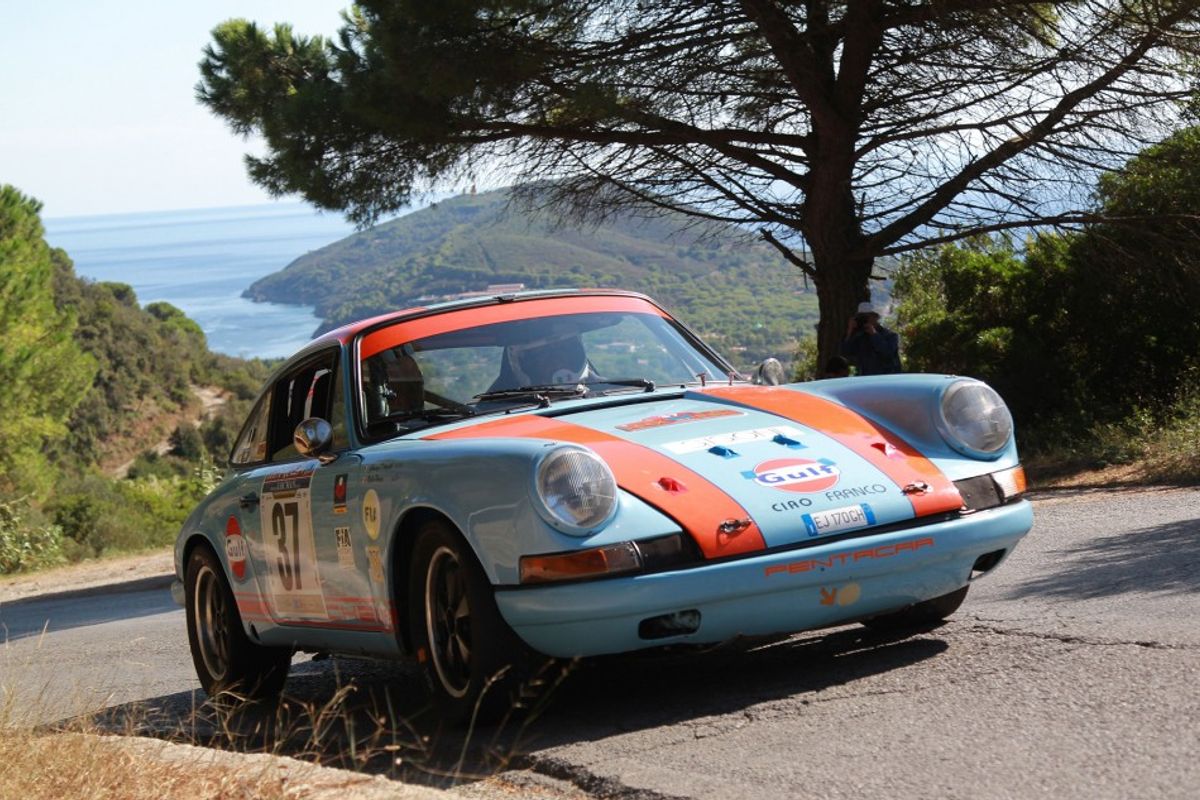 The no5 Audi Quattro was the top EHSRC car on the rally, with ‘Zippo’ and Nicola Arena finishing sixth overall behind five locally entered cars.  The Category 3 competitors finished 2m07.7 behind the overall winners, the no4 Porsche 911 RS of Alberto Salvini and Davide Tagliaferri.

Category 4: Another win for Will Graham

There were several early retirements, including the no2 Lancia Delta Integrale of Category 4 championship leaders ‘Lucky’ and Fabrizia Pons, a problem with the engine on the first leg proving terminal for the Italians.  Mats Mysell and Esko Juntila took up the Category 4 EHSRC mantle only to retire as well on the first Saturday Special Stage.

The top Category 4 EHSRC finisher was the no28 BMW M3 of Will Graham and Michael Johnston, the 20 points putting Graham at the head of the Category 4 standings by just two points from ‘Lucky’, with one rally remaining in Hungary next month.  Tim and Steve Jones were the second of the Cat 4 EHSRC finishers, claiming 16 valuable championship points in the no46 Ford Sierra RS Cosworth.

A superb fight back by Karl Wagner and Gerda Zauner saw the Austrians finish third in Category 3 EHSRC points standings and they have set up a four way battle for the title in Hungary next month.

Category 2: Change of Fortune for the Johnsens

Anders and Ingrid Johnsen finally put their run of bad luck behind them by finishing as the top EHSRC competitor in the Category 2 standings.  The Swedes, who had retired from the class lead on three events earlier in the season, finished 10th overall in the no26 Porsche 911 RSR to claim the 20 points and keep them in the race for the 2019 championship title.

The no14 Porsche 911 RS of Paolo Pasutti and Giovanni Battista Campeis was second, just 9 seconds behind the Johnsens at the end of the 10th and final stage.  Rally Alpi Orientali Category 2 winners Maurizio Pagella and Roberto Brea were the third EHSRC entrant across the line, 20 seconds ahead of championship leader Carlo Mylle and Olivier Laporte in the no43 Porsche Carrera RSR, with the no21 Alfa Romeo GTam of Laszlo and Edit Mekler just 9 seconds behind them.

The result means that just 7 points cover the top six crews, with Carlo Mylle on 78 points.  There is all to play for in Hungary next month.

Antonio Parisi and Giuseppe D’Angelo added another EHSRC victory to their tally in the no37 Porsche 911 S to extend their championship lead to 7 points ahead of the final round next month.  Their nearest rivals, Ernie and Karen Graham in the no52 Ford Escort Twin Cam, finished second 1m26.9 behind the Italians.  The Category 1 title will be decided between these two crews next month.

Both BMW 2002 Tis of Elias Kivitila and Carlo Fiorito failed to finish the rally, the no76 BMW of Fiorito on SS4 and Kivitila’s no75 BMW on SS8.

Round 9 of the 2019 FIA European Historic Sporting Rally Championship will take place in Hungary, the Mecsek Rallye, on 10-13 October

CLICK HERE for the results from the XXXI Rally Elba Storico