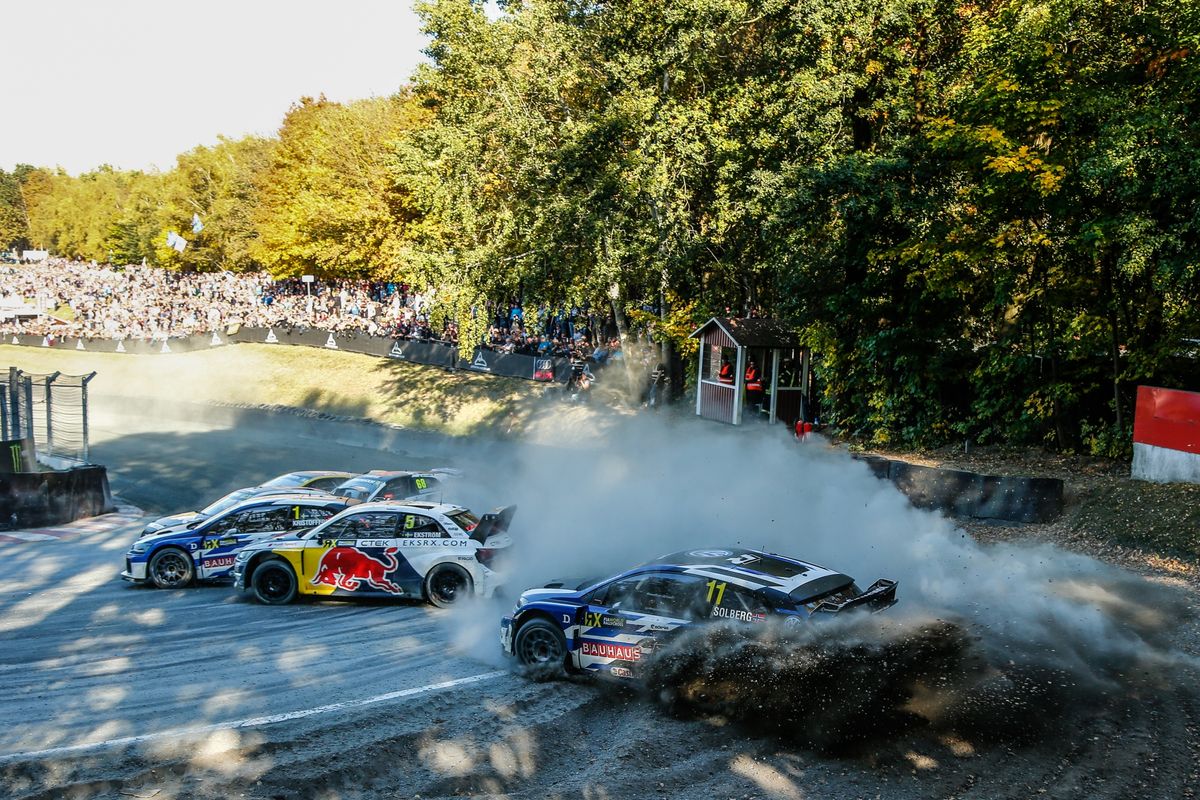 The FIA World Rallycross Championship is locked and loaded and full stream ahead for Cape Town and the explosive world title showdown at the Killarney International Raceway 9-10 November.

All the cars, spares, equipment and everything required to race far away in Darkest Africa was loaded and locked into containers at team bases across Europe late in September, despatched to a central port and loaded aboard a ship now plying the Atlantic Ocean en route to Cape Town, where all will be unloaded and reunited with the teams when they jet in early November.

Swede Timmy Hansen and Norwegian Andreas Bakkerud will continue their intense title fight to the last turn of the season Finale in Cape Town Sunday 10 November to deliver South Africa race fans an incredible title fight. "Our cars are on the sea en route to Cape Town and we are looking forward to thrill the South African crowd, Timmy Hansen promised. “May the best man win!”

“One thing is for sure – we are ready for an incredible title fight in South Africa,” Andreas Bakkerud added. “It’s been a super tense season and with just one between myself and Timmy, it’s going to be an incredible weekend in Africa — bring it on!”