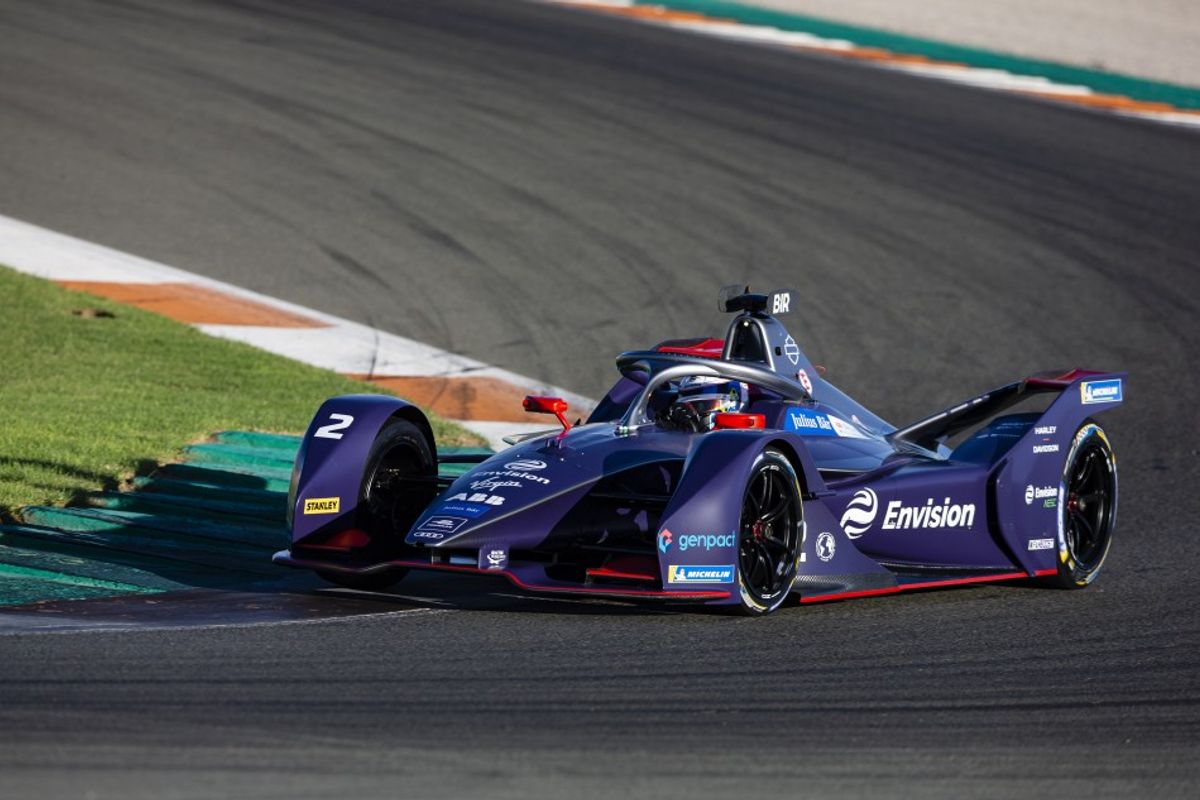 Sam Bird has set the first benchmark of the 2019/20 ABB FIA Formula E Championship having posted the fastest time on the opening day of testing in Valencia today (15 October). The Envision Virgin Racing driver set a time of 1:15,570 in the afternoon session.

The British driver was followed by BMW i Andretti Motorsport's new driver Maximilian Günther, with a time of 1:15.663. The German driver's time set during the morning (1:15.926) remained unchallenged for the majority of the session with the top ten all finishing within half a second of each other.

Close behind was DS Techeetah's new hire Antonio Felix Da Costa, who topped his teammate Jean-Eric Vergne's time with a 1:15.681. The reigning champion followed in fifth with a time of 1:15.798 while Panasonic Jaguar Racing's Mitch Evans sat between the two teammates with a time of 1:15.724.

The Nissan e.dams duo Sebastien Buemi and Oliver Rowland posted the sixth and seventh fastest time with 1:15.882 and 1:15.942 for their best laps respectively.

Mahindra Racing’s Pascal Wehrlein was the last of the top posting a time within the 1:15s, setting a 1:15.975 in the afternoon session. Robin Frijns of Envision Virgin Racing (1:16.081) and Daniel Abt of Audi Sport Abt Schaeffler Formula E (1:16.084) rounded out the top ten.

For new teams Mercedes-Benz EQ and TAG Heuer Porsche FE, the session marked the first time they took the track in Formula E.

Mercedes-Benz EQ rookie Nyck de Vries failed to post a lap time for the majority of the afternoon session before going out with minutes to spare and setting a 1:17.654 lap. The Dutch driver, fresh from winning the FIA Formula 2 Championship, suffered technical difficulties in the morning when his car had to be recovered on track.

Only five drivers - Nico Müller, Edoardo Mortara, Jerome d'Ambrosio, Neel Jani and Stoffel Vandoorne failed to better their times set during the morning session while 16 drivers posted times all within a second of each other.