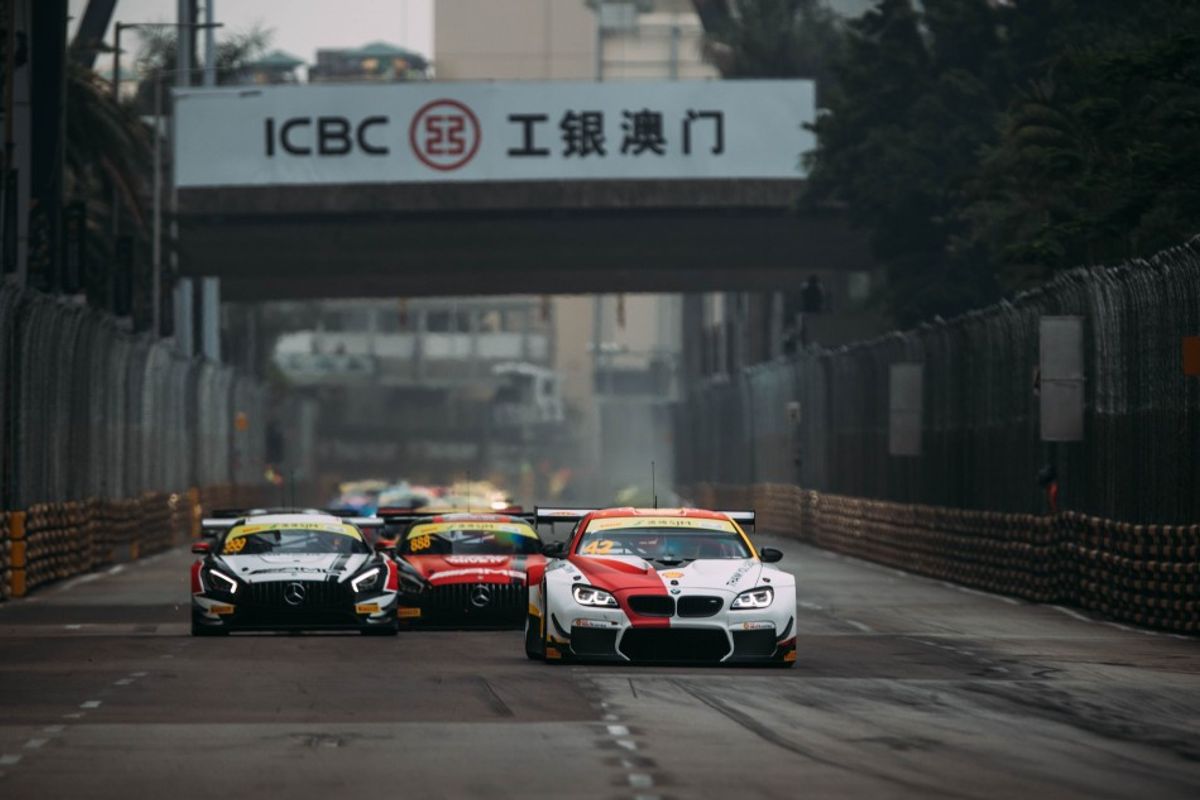 The 2019 FIA GT World Cup will boast some of the most glamorous cars and talented stars as its first class entry list for the Macau Grand Prix event was confirmed earlier today (17 October).

Global GT giants Audi, BMW, Mercedes-Benz and Porsche will again take to the iconic streets of Macau from 14-17 November, with no fewer than 17 drivers from 12 different countries represented.

This will be the fifth edition of the hugely successful FIA GT World Cup and all four previous winners of this illustrious event are back to do it all again in 2019.

Reigning champion Augusto Farfus Jnr arguably headlines the entry list as the Brazilian looks to score back-to-back titles for BMW. The BMW Team Schnitzer driver dominated both the Qualification and Main races in Macau last year, so the 36-year-old could be the man to beat next month.

Talented Swede Joel Eriksson will pilot the other BMW M6 GT3 as the DTM regular returns to Macau. The 21-year-old will make his GT debut around the Guia Street track, but he has raced there previously in Formula 3, scoring a podium at last year’s event.

Mercedes-Benz has a wealth of talent at its disposal with a total of six entries in the race.

Edoardo Mortara is an undoubted master of Macau, having previously claimed FIA GT World Cup honours back in 2017. The Suisse star also won the event consecutively in its previous Macau GT Cup guise between 2011-2013.

The Mercedes-AMG Team Craft Bamboo Racing driver’s illustrious history around the 6.2km street track goes even further back, as the 32-year-old also triumphed in the renowned Formula 3 race there in 2009 and 2010.

Raffaele Marciello and Maro Engel complete Mercedes’ entry of Platinum level drivers, both of who will hold aspirations of winning the race outright for Mercedes-AMG Team GruppeM Racing.

Engel won the inaugural FIA GT World Cup back in 2015 and has been a regular on the podium ever since, whilst the super fast Marciello took pole position during qualifying last year.

Four Porsche 911 GT3 Rs are also on the entry list with Laurens Vanthoor looking to repeat his 2016 success, but this time for the Stuttgart-based marque. His ROWE Racing team-mate – Earl Bamber – also has the CV and credentials to be a contender this time around.

Highly-rated Frenchman Kevin Estre and Alexandre Imperatori make up the other two Porsche entries, under the Absolute Racing banner.

Audi is the only marque not to boast a former winner of the event in its ranks but the Audi R8 LMS has enjoyed huge success at Macau.

Mortara won there three times for the marque before his switch to Mercedes, whilst Laurens Vanthoor’s 2016 victory came with Audi.

Audi’s talented quintet of entries in 2019 are headlined by German Christopher Haase, whilst Dries Vanthoor, Kelvin Van der Linde, Charles Weerts and China’s Wein Chen will all be hoping to show off their respective skillsets.

As in recent seasons the competition will be run over two race distances – a 12 lap Qualification Race followed by an 18 lap Main Event that will determine this year’s FIA GT World Cup Champion.

The 19 corner world famous challenge that is Macau – including fast sweeping corners, tight hairpins and one of the longest straights in racing – plus its unique one driver per car entry format, makes the FIA GT World Cup the ultimate sprint race for GT drivers and teams alike.