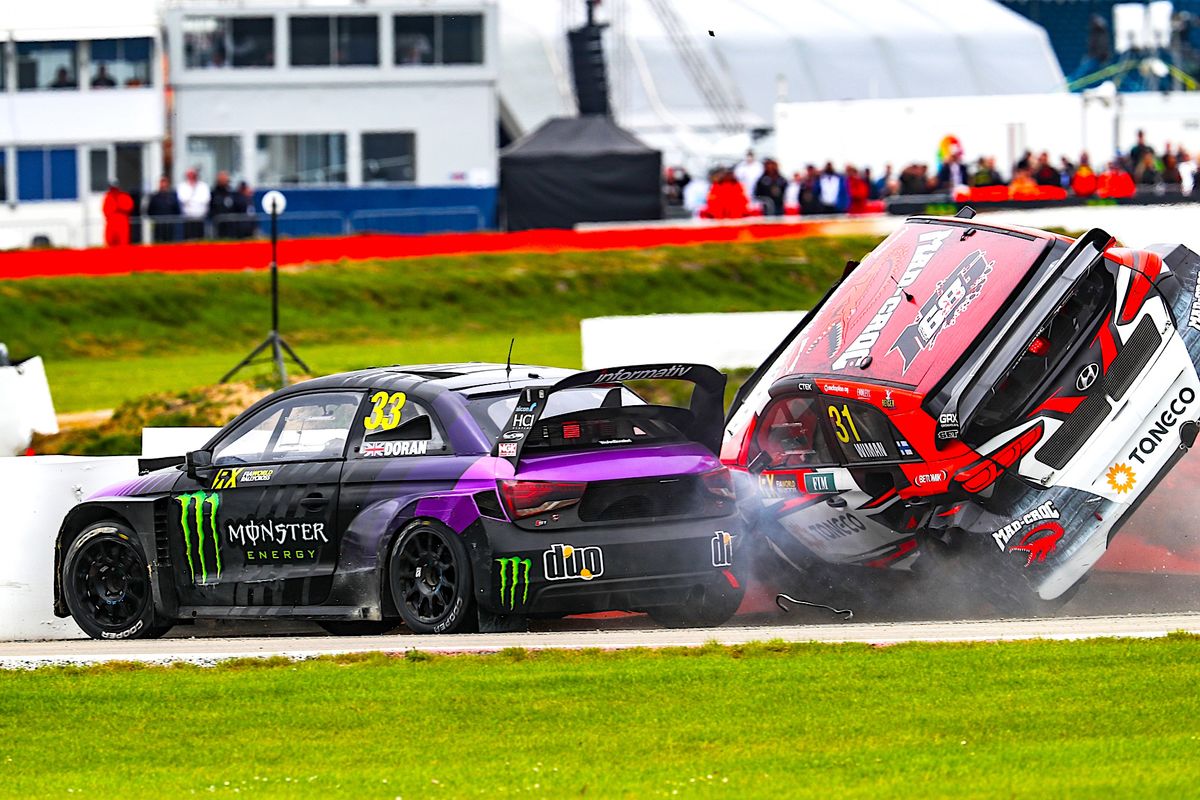 Set to go down under the backdrop of Table Mountain, the highlight of South Africa’s motorsport year not only promises the thrill of the most exciting four-wheel motorsport on the planet, racing in the only FIA World Racing Championship Race in Africa this year, but not one, but two world titles are on the line at Killarney.

The highlight of the weekend will no doubt be the world title deciding wrought between a gang of 447kW 900Nm 1300kg all-wheel drive World Rallycross Supercars that accelerate to 100km/h in 1.9 seconds — do you know that is faster than a Formula 1 racer? Racing in a series of sharp quick-fire head-to-head races on the mixed surface Killarney RX track with heats on Saturday before the knock-out rounds and Final on Sunday, rest assured that SABAT World Rallycross of South Africa will be the most spectacular action anyone will witness this side of the Mediterranean this year.

Just in case that’s not enough, there is also a World Rallycross champion to crown this weekend as Swede Timmy Hansen arrives in South Africa with a single point’s championship advantage over Norwegian Andreas Bakkerud. Having driven his Hansen MJP Peugeot 208 to four race victories in Spain, England, France and last time out in Latvia en route to Cape Town, Timmy has fought a year long battle with Bakkerud, who won in Belgium and Canada aboard his Monster Energy Audi S1.

The other Hansen brother, Kevin is also in with a real shout of the title with his yellow Peugeot 208, sitting just eight points adrift of Timmy’s blue version. So it is all to play for up front and Kevin will be keen to end the season as he opened it with a win in Dubai. There's another driver in with a shot of the title, but Finnish GRX Taneco Hyundai i20 driver Niclas Grönholm, who won the Norwegian WRX round, needs a perfect weekend and Kevin Hansen not to score for that to happen.

The main curtain raiser for the weekend will likewise see the international championship for 230kW 300Nm RX2 machines come to a head, as Swede Oliver Eriksson comes to Cape Town in a 14-point championship advantage over Finn Jesse Kallio, so with 30 points on the table, expect that title fight to go down to the wire too. Previous race winner, Norwegian Ben-Philip Gundersen may be out of championship contention, but he's been on top form of late, while US driver Fraser McConnell, Finn Sami-Matti Trogen and Latvia’s Vasiliy Gryazin are also all in with a shout.

The international action will be rounded off by races for Speed Car buggies backed up by races for two rapidly growing Cape Rallycross classes catering for two-litre front wheel-drive machines and three litre rear wheel-drive BMW E36 Cup 'big sixes’. Expect the local classes to entertain through their alternative front and broadside rear-wheel drive styles in a pair of four-lap qualifying races Saturday and another Sunday morning, to qualify for their top- six Finals on Sunday.

SABAT World Rallycross of South Africa will be broadcast to millions of viewers in more than 160 countries around the world, but those lucky enough to witness this title fight go down first hand, will be treated to a full support program from aerobatic displays to expos, fan zones, food, drinks and RX merchandise for sale and so much more in an incredible Cape Town day of family fun and South African experience.