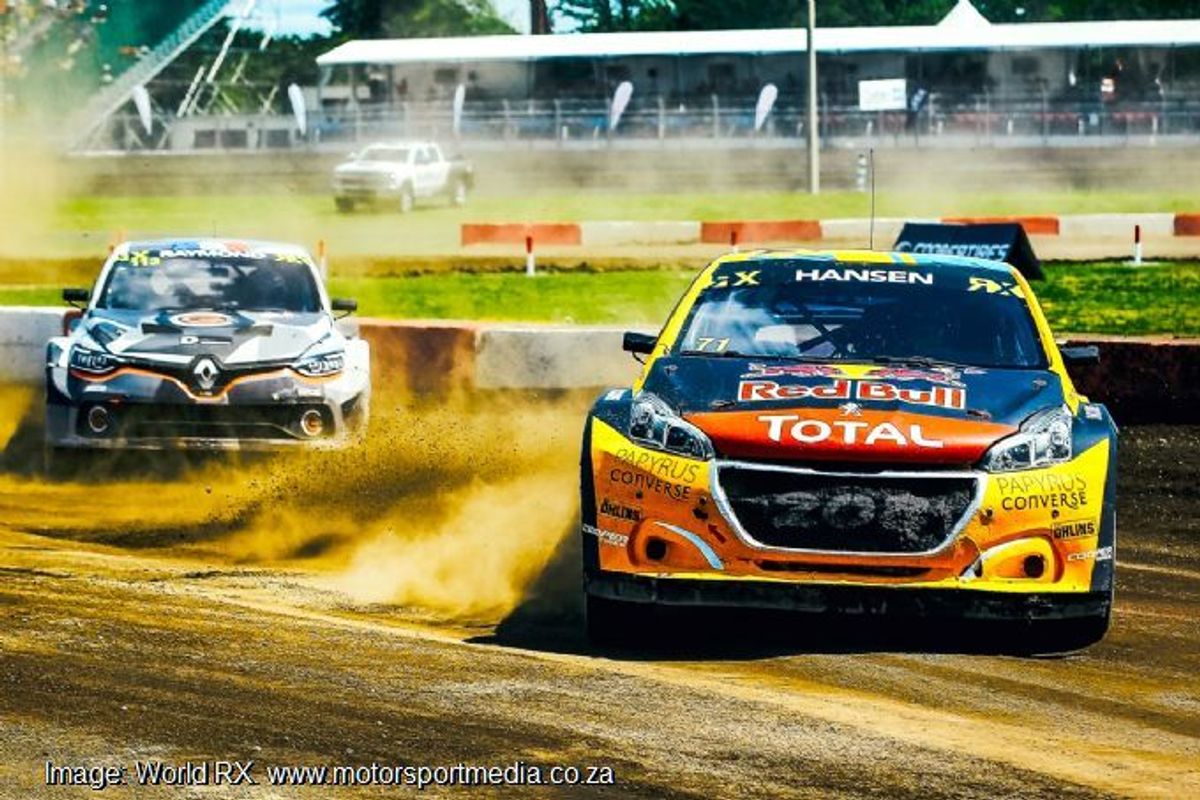 This weekend’s FIA World Rallycross title fight is poised to be among the finest racing spectacles ever witnessed in South Africa, as Swedish brothers Timmy and Kevin Hansen and Norwegian Andreas Bakkerud prepare to do battle to decide who is best in the world, right here in Cape Town. But who are these men and what must they do to take that title? Take a walk with us — this is how it all works…

Sons of multiple European Rallycross champion Kenneth Hansen, championship leader Timmy started in circuit racing before moving over to Rallycross and winning his maiden World RX race in 2015. Third in the title race, younger Hansen brother Kevin started in karting and  won the 2010 Junior Rok International Finals before a multi-championship winning Junior Rallycross career culminating in the 2015 RX2 title and stepping up to Supercars in 2016.

Andreas Bakkerud also started in karting before moving up to win his native 2009 Norwegian RX title and then double European Super 1600 titles. Bakkerud graduated to RX Supercars in 2013 and to the World Championship in 2014 and arrives in Cape Town a single point adrift of Hansen. A familiar name, double World Rally Champion Marcus’ 22-year old son Niclas Gronholm is a Finnish RX Champion in his third season in World RX and he arrives at Killarney with an outside title chance too.

These four title rivals and the rest of the World Rallycross gladiators will fight it out aboard wild 400kW 900Nm turbocharged two-litre all-wheel drive 1300kg World RX Supercars which accelerate to 100km/h quicker than and F1 car in 1.9 seconds and designed to take ultimate punishment, fly high over jumps and engage in epic car-to-car combat.

SABAT Rallycross of South Africa comprises a series of practice sessions before four wild qualifying heats Saturday afternoon and Sunday morning. Each crucial heat sees five cars starting abreast and racing to determine the twelve semi-finalists through a series wild four-lap races. The two knock-out Semi Finals see six cars starting off a two-by-two grid and racing for six laps, with the top three from each of those races going through to a similar six-car-six-lap top-six shootout.

All heat races, the Semi Final and Final require drivers to drive one ‘Joker Lap’ — to leave the regular track and tackle a longer loop around an alternative section, on the lap of their choice. This exercise adds a few seconds to the Joker Lap time to not just add intrigue, but most often also huge excitement as drivers on Joker laps merge with the regular lap as their rivals arrive at full speed too!

The main intrigue this weekend however hinges around that world title fight with the top three separated by just eight championship points and a maximum 30 points on the table. Points are however paid throughout the race weekend, with the biggest 16-point haul for the top qualifier, down to one point for 16th place. Told you those Qualifiers were crucial! Each Semi-Final then sees points awarded on a 6-5-4-3-2-1 basis, while the Final is scored 8-5-4-3-2-1, so this weekend is also going to be one for the mathematicians too!

So, SABAT World Rallycross of South Africa is huge and unlike many other such spectacles, the best way to witness World Rallycross is by the trackside, so best you make a plan to get on down to the Killarney International Raceway this weekend. Sunrise is at 05h20 and sunset 19h30 this weekend and forecasts predict fine partly cloudy and mild conditions, a mild breeze; a warm 29C on Saturday and balmy 24C temperature at Killarney on Sunday — perfect for racing!

Tickets are available at www.quicket.co.za and Killarney’s gates open 07:30 Saturday 9 and Sunday 10 November. Access Killarney off the N7 North via Exit 10 on the N1 Freeway, take the second Exit 17 and turn left, then right at the T-junction and continue along Plattekloof Rd M14 to your destination.