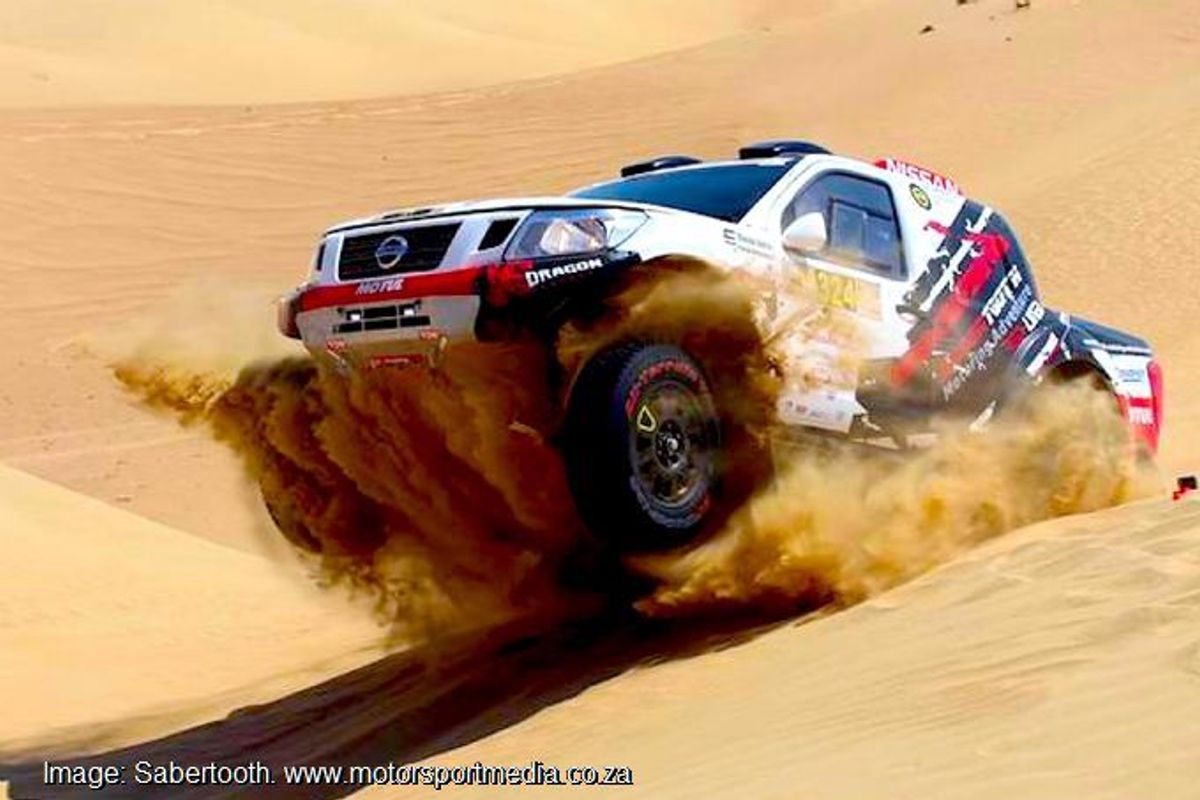 Dakar 2020 promises to be another thrilling year as the race moves into its third chapter in Saudi Arabia after a decade in South America. The event had of course raced from Paris to Dakar since its 1980s inception with one race to Cape Town too, before shifting to SudAm after political unrest in North Africa, but 2020 promises an all new adventure in the Arabian desert.

So who will win? Well, Dakar has drawn the cream of the racing crop as usual with World F1 and Rally champions, Le Mans winners and the best from Dakar’s history on two and four wheels, in the car, bike, side-by-side, quad and truck categories all vying to become the first winners of the new Saudi adventure.

On the car race, there is little doubt that South Africa’s all-star Gazoo Toyota team heads to the Saudi Desert as favourites — not only do Qatari Nasser Al-Attiyah and French Navigator Matthieu Baumel arrive as reigning champions, but SA Dakar hero Giniel de Villiers, who drives with Spanish co-driver Alex Haro Bravo this year, won for Volkswagen on the Dakar’s move to the Americas last time out. Will the wiley driver from Stellenbosch do it again?

There will of course be two South African-built more factory Hiluxes for double world F1 champion and Le Mans winner Fernando Alonso sharing his SA-built Toyota with multiple bike winner Dakar Marc Coma, while the Dutch driver Bernhard Ten Brinke and Belgian Tom Colsoul must be hoping that the continental shift will deliver some better luck and well-deserved results.

While Toyota has the numbers, it will be no gimme. Mini’s Dakar 2020 team includes buggies for France’s ‘Mr Dakar’ Stephane Peterhansel driving with wife Andrea for the first time this year and Spanish Dakar winner, former World Rally Champion Carlos Sainz and Lucas Cruz. Add a few 4x4 Minis for Argentine duo Orlando Terranova and Bernardo Graue and Polish crew Jakub Przygonski and Timo Gottschalk, among others.

Adding a little variety are danger men and Emirati Sheikh Khalid Al Qassimi and Frenchman Xavier Panseri in a Peugeot 3008 DKR, Czech crew Martin Prokop and Viktor Chytka in a Ford Raptor and Spanish pair Nani Roma and Daniel Oliveras Carreras driving a Borgward this year, while Chinese hopes rest on Wei Cahn and Min Liao in a Geely.

Onto two wheels, the focus there is whether KTM can continue its incredible run of back-to-back wins with factory quartet, reigning champion Aussie Toby Price and previous winners, Austrian Matthias Walkner and Brit Sam Sunderland defending that glory. They will have the likes of French Yamaha riders Adrien Van Beveren, Marquis Xavier de Soultrait and Argentine Franco Caimi and Husqvarna men Chilebellan Pablo Quintanilla and US rider Andrew Short on their case.

Honda has once again put together a huge effort as it strives to overcome its terrible luck of the past few years with a multinational squad including Argentine Kevin Benavides, Portuguese rider Paulo Goncalves, Californian Ricky Brabec, Spaniard Joan Barreda Bort, Chilean Jose Ignacio Florimo and a dark horse on South African Aaron Mare, all out to get that elusive win.

Dakar is not Dakar without its racing trucks and that can be expected to be a pivotal battle once again. Heading the charge as usual, the Russian Kamaz army of Eduard Nikolaev, Evgeni Iakovlev and Vladimir Rybakov, Dmitry Sotnikov, Russlan Akhmadeev Ilgiz Akhmetzianov and Andrey Karginov, Andrey Mokeev and Igor Leonov will take on the Czech Tatras of Ales Loprais, Petr Pokora and Khalid Alkendi and Martin Soltys, Tomas Sikola and David Schovanek.

About Dakar 2020
Dakar 2020 will cover 7800km, of which more than 5000km are racing miles. The race starts with 319km of racing over dunes and stones between Jeddah and Al Wajh Sunday 5 January. Then its off to Neom on Day 2 and a romp around the dunes there on day 3 — the second half of the bike marathon stage, before 453km to Al Ula, 353km to Ha’il and 478km to the rest day at Riyadh.

Week 2 starts with the longest 546km run to Wadi Al-Dawasir Sunday 12 January, before a 474km loop around the village on Monday and a 415km race to Haradh Tuesday. That is followed by the 913km no-service car Marathon stage comprising 534km of the finest dunes to Shubaytah and 375km back to Haradh, before the final 374km sting in the tail to the 17 January finish at the new Qiddiya complex near Riyadh.