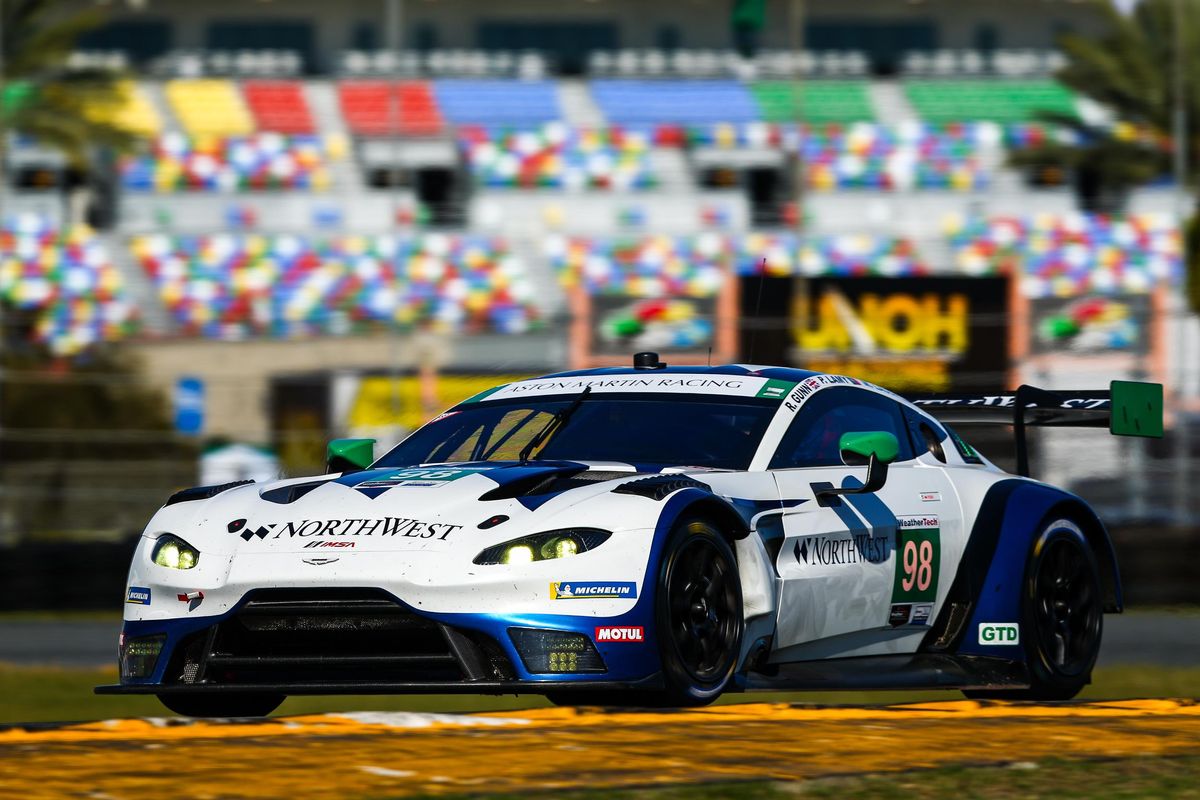 Aston Martin Racing’s presence at the pinnacle of US endurance motorsport is to be significantly increased, with the British sportscar manufacturer returning to the IMSA WeatherTech SportsCar Championship GTD class in 2020. Two Aston Martin Vantage GT3s will contest the blue riband Rolex 24 at Daytona race next weekend (25-26 January), while new partner team Heart of Racing will run a full season programme this year.

Aston Martin Racing has entered a Vantage GT3 supported by NorthWest Healthcare in the Rolex 24, alongside Heart of Racing’s entry. This works-run #98 car will be driven by long-standing factory drivers Pedro Lamy (POR), Mathias Lauda (A) and Ross Gunn (GB) as well as new addition, the AMR Junior driver Andrew Watson (GB), who stands in for 2017 FIA WEC GTE Am world champion Paul Dalla Lana. The Canadian picked up a minor injury in the winter break.

"This is such a great opportunity for me," said Watson. "I am very grateful to Aston Martin for the chance to continue to prove what I can do. I know the Vantage GT3 well, having raced it in Europe last season. It’s all come about quickly but my focus is on preparation to ensure I do the best job possible and deliver a result for the team. I’ve never raced in America before so for the first event to be the Rolex 24 is mind blowing. We’ve got a great line-up and we should be competitive.”

Dalla Lana added: “It’s a real shame not to be racing in the Rolex 24, a race that’s close to my heart and particularly with Aston Martin where we have unfinished business. But I wish my old team-mates Mat and Pedro luck, as well as my current WEC partner Ross, and offer my thanks to Andrew for stepping up to the plate so quickly. It’s a tough race but this is a strong crew and I sincerely wish them all good luck. I can’t wait to get back in the cockpit at COTA in February.”

Heart of Racing’s line-up will feature two Aston Martin drivers in its Rolex 24 crew. Aston Martin announces that it has secured the services of Alex Riberas as its AMR North America driver. The Spaniard is a multiple race winner at IMSA GTD level and has a wealth of experience having previously raced internationally for several manufacturers prior to signing with Aston Martin.

"I am extremely excited about joining Aston Martin, one of the strongest organisations in endurance racing. I have had a glimpse of their professionalism and their ambition to achieve great results, so to be a part of such an effort is definitely a dream come true. During the 2020 season my main focus will be in IMSA, where I will have the honour to represent AMR in their comeback year in the series. With the latest Aston Martin Vantage GT3 and the new AMR partner, Heart of Racing, we have everything we need to compete at the front of one of the most competitive fields in GT3 racing. The Rolex 24 simply cannot come soon enough."

Riberas will join Aston Martin works driver and current FIA World Endurance Championship GTE leader Nicki Thiim (DEN) in supporting Heart of Racing drivers Ian James (GB) and Roman de Angelis (CDN) at the Rolex 24. Riberas and De Angelis will then form the regular season line-up for the rest of the IMSA WeatherTech SportsCar Championship, where they will be joined by James for the longer endurance events.

While Aston Martin is returning to the core of the IMSA race-card, the new Vantage was already present in the IMSA paddock in 2019 with the GT4 variant being successfully campaigned by long-time customer team Automatic Racing in the Michelin Pilot Challenge support series. This partnership will continue in 2020 with two cars, and they will be joined by Cameron Racing with another Vantage GT4.