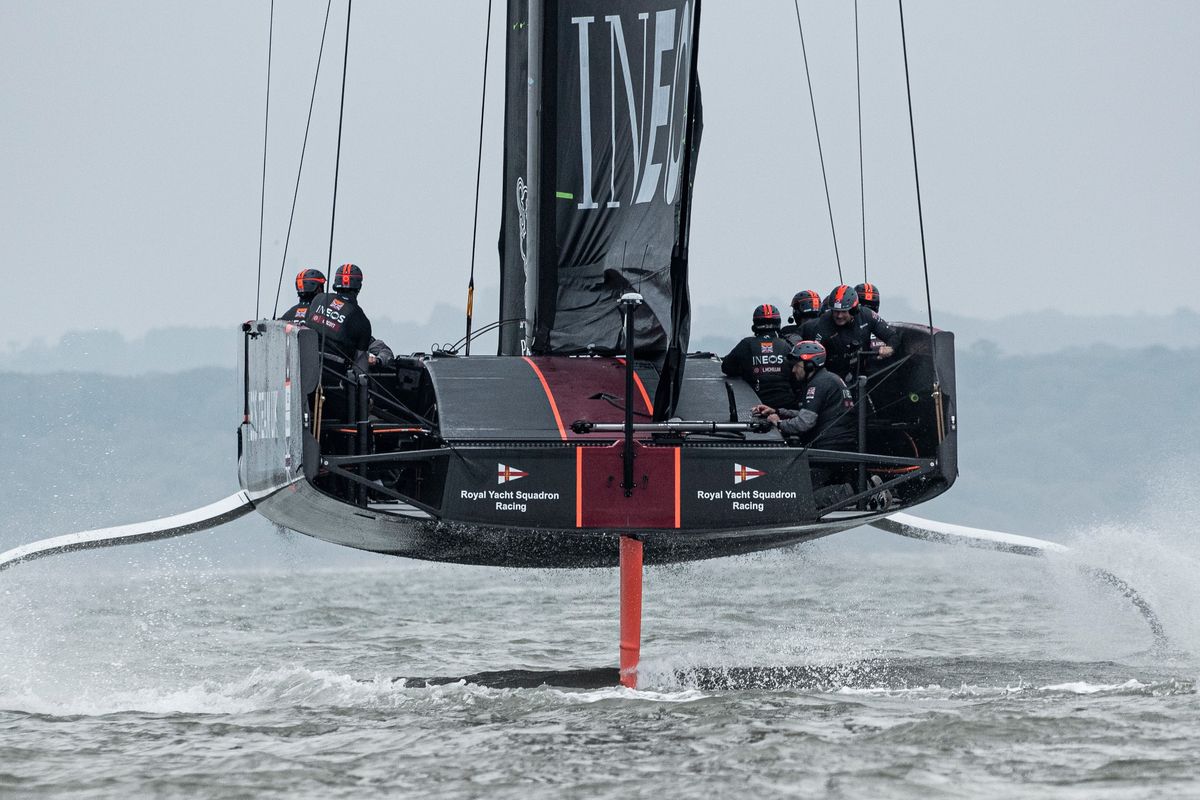 The start of the new year has brought the start of INEOS TEAM UK's winter training camp in Cagliari, Sardinia, as preparations stepped up another level before the first America's Cup World Series (ACWS) event in Cagliari from April 23 to April 26, 2020.

"We have just finished our first sailing week in Sardinia, and we had a great couple of days on the water. The breeze was light off Cagliari, which meant we went further out towards Villasimius to find the foiling conditions. Once found it didn’t take long for our AC75 race boat ‘Britannia’ to take flight. Britannia popping up on her foils and flying for the first time on Italian waters was a nice moment for the team. It reflected well on everyone involved with both setting up the base here in Cagliari and working on the big move from Portsmouth.

"The team have done a brilliant job getting our temporary base built in quite a short timeline to operate over the next 4 months. We are going to complete crucial testing, which will enable us to move the team forward both on and off the water towards the America’s Cup in New Zealand next year.

"Alongside our core team we are lucky to have local support join us including Mirco Babini, having that knowledge has been essential to enabling the team to settle in so well. The team are enjoying their time here and on our days off we have explored some of the city and experienced the brilliant local hospitality. However, we are very much in business mode as we countdown the days until the first America’s Cup World Series Event here in April. The racing will be spectacular.

We would like to thank everyone in Cagliari for their hospitality and support for the America's Cup."