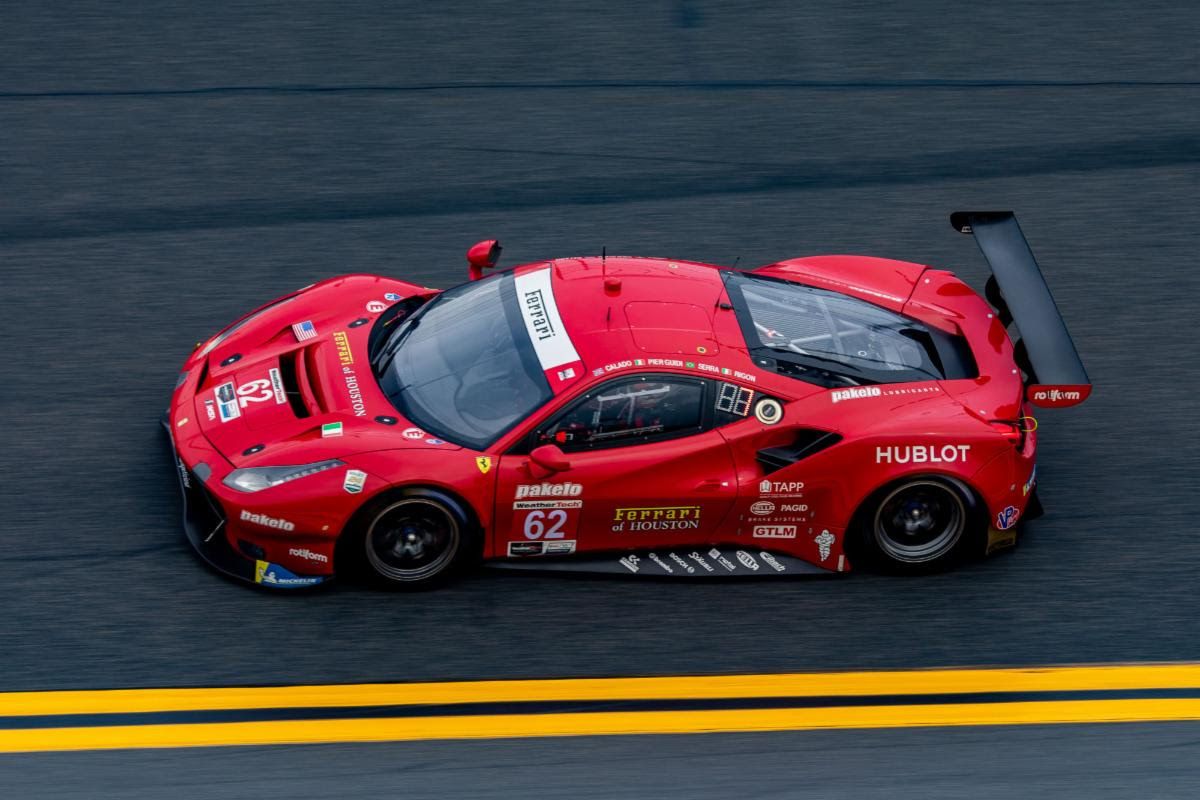 With IMSA racing on pause due to COVID-19, racing teams who are usually busy preparing for the next race in the IMSA WeatherTech SportsCar Championship season, are currently sheltered in place. The Daytona Beach, Florida-based sanctioning body has created the IMSA iRacing Pro Invitation esports race to quench the racing thirst of teams, drivers, and fans.

Risi Competizione has chosen to virtually enter Round 3, at the Mid-Ohio Sports Car Course, with Ferrari Competizioni GT driver James Calado at the wheel of his home-based simulator driving for the legendary American Ferrari team. The virtual race will take place on Thursday, April 30 at 6:00 p.m. ET and will be streamed live on the iRacing YouTube, Facebook and Twitch channels. The Torque Show with Tommy Kendall and Justin Bell will stream a pre-race show at 5:00 p.m. ET on its Facebook page. John Hindhaugh will handle the commentary duties for the race live stream.

"We have not previously participated in esports, but the option for this as alternative racing is gaining in popularity and a number of drivers and crew wanted us to participate so I agreed to give it a try," said Team Principal Giuseppe Risi. "We have a number of long-time fans that are anxious to see us back on track. At least this gives our Ferrari fans a racing option for the time being."

"I'm looking forward to my first IMSA race on iRacing and with Risi Competizione," said James Calado of Worcester, England. "It will be a bit of a different experience than real life but looking forward to getting involved and racing with a few guys I race in reality. It is all about having fun but at the same time it's still competitive and everyone wants to win because it's broadcast around the world.

"I have my own simulator and have been taking part in some other esports championships like Formula E and The Race. These are really good fun but obviously very difficult because you've got some professional sim drivers who are phenomenally quick. It takes practicing and I think it's just a fine art of getting everything right like set ups. My simulator is from Formula E and it's a Playseat with a pretty good PC and I can have fun on it.

"I've not competed at the Mid-Ohio circuit ever. I've actually just started to test now on iRacing to get a few laps under my belt, but it seems like a really nice track so far."

The popular Risi Competizione Ferrari Team was also scheduled to compete in the now postponed 68th annual Mobil 1 Twelve Hours of Sebring race, in Sebring, Fla., on March 18-21. That race has been rescheduled for November 12-14.