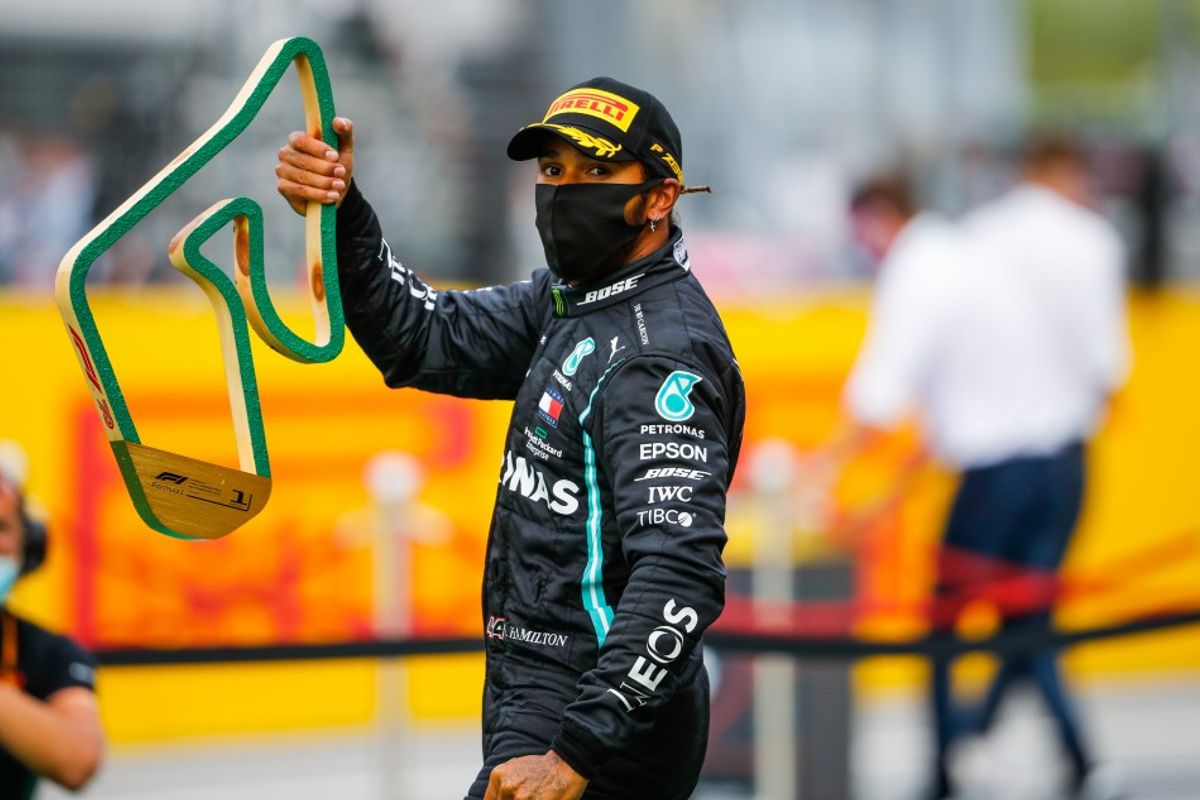 AS FERRARIS ELIMINATE EACH OTHER

Lewis Hamilton dominated Formula 1’s first Styrian Grand Prix to take his first victory of the 2020 season and his 85thwin overall. Valtteri Bottas finished in P2 to complete a Mercedes 1-2, while Max Verstappen took Red Bull Racing’s first podium of the 2020 season third place./ There was disaster for Ferrari, however, with Charles Leclerc taking out team-mate Sebastian Vettel early in the opening lap and then being forced out of the race himself as a result of damage sustained in the incident.

At the start, pole sitter Hamilton got away well at the start as Verstappen came under pressure from Carlos Sainz. The Dutchman and the Spaniard went wheel to wheel through Turn 1 but on the run up the hill towards Turn 3 Max emerged ahead to hold second place ahead of the McLaren with Bottas in fourth.

Further back though, there was trouble. Ferrari’s Sebastian Vettel and Charles Leclerc tried to occupy the same space through Turn 3. The pair collided and Vettel lost his rear wing. Both Ferrari drivers limped back to the pits and Vettel was forced to retire as the Safety Car was released.

The track went green at the end of lap three and Hamilton made a good restart to keep Verstappen behind, with Sainz and Bottas still third and fourth. Leclerc, meanwhile, was still struggling with damage and he too was soon forced to retire.

On lap six Bottas snuck past Sainz to take third place, 4.2s behind Verstappen who was now 1.6s behind race leader Hamilton. Albon was settled in fifth and the Thai driver now began to rein in the McLaren ahead.

On lap eight he seized an opportunity and after closing right up to Sainz into Turn 3 he powered past the McLaren on the run to Turn 4. Sainz dropped to P5 ahead of the Renaults of Esteban Ocon and Daniel Ricciardo, with the Australian on medium tyres.

The order at the front then settled as the field began to work through the first stint. Behind the Mercedes and Red Bull cars on lap 19, Sainz held fifth ahead of Renault’s Ricciardo who had got past Ocon on the run to Turn 4. Racing Point’s Lance Stroll was now eighth ahead of team-mate Sergio Pérez, with AlphaTauri’s Pierre Gasly in 10th.

With Verstappen beginning to come under pressure from Bottas, the Team pitted the Dutchman at the end of lap 24. He took on a set of medium tyres and rejoined in third place.

Two laps later Esteban Ocon headed for the pit lane but this time it was not for new tyres. The Renault driver was suffering with technical issues and retired from the race.

Hamilton pitted from the lead at the end of lap 27 and took on mediums but Bottas, who now led, stayed out and extended his first stint to the end of lap 34. He then took on medium tyres and emerged in third place ahead of Albon. The Finn was now a little over eight seconds behind Verstappen .

Albon then pitted on the next lap and the Thai driver also took medium tyres to then rejoin in seventh place. Ricciardo, Norris and Perez then made their stops and Albon was soon back up to fourth.

On lap 43 Hamilton led Verstappen by almost five seconds, while Bottas had taken a two seconds out of his deficit to the Dutchman and was now six seconds adrift of the Red Bull. Albon was a lonely fourth, 30 seconds behind Bottas and four seconds clear of Ricciardo, while Stroll was sixth ahead of team-mate Pérez. Sainz was eighth ahead of Alfa Romeo’s Kimi Räikkönen who had yet to stop, and Norris was tenth.

Pérez then moved past Stroll on lap 47 with a good move in Turn 6 and on lap 49 the Mexican swept past Ricciardo on the run to Turn 4 to claim fifth place. Stroll then closed on the Australian whose pace was looking increasingly laboured.

Pérez now began to exert some pressure on Albon and on lap 54 he was just two seconds behind the Thai driver. The Mexican then set the fastest lap of the race to take seven tenths of a second out of the gap to Albon. Bottas was also beginning to close on Verstappen and on lap 64 the Mercedes driver had cut the gap to 1.8s.

On lap 66 Bottas attacked and the Finn powered past on the run to Turn 4. Verstappen wasn’t having any of it though and despite some front wing damage from earlier in the race and ageing medium tyres he fought back brilliantly to reclaim second before the end of the lap.

In the end though, Bottas though simply had too much pace for the Dutch ace and on the next lap he made a move again on the back straight and this time there was nothing he could do.

At the end of lap 70 Albon came under heavy pressure from Pérez and when the Mexican attacked there was contact. Pérez emerged worse off, with a damaged front wing, while Albon was able to continue.

There was drama just behind as well as Stroll attacked Ricciardo for P6. The pair went wide through Turn 1 and Norris pounced. He moved past both and then pushed on to reel in Perez at the end of the final lap.

Ahead Hamilton crossed the line to win the first Styrian Grand Prix ahead of Bottas. Verstappen took third ahead of Albon with Norris in fifth. Pérez held onto sixth, just ahead of Stroll and Ricciardo. Sainz was ninth and AlphaTauri’s Daniil Kvyat took the final point.

However, following the race, Renault protested Racing Point's cars. The French car manufacturer lodged complaints about both Sergio Perez and Lance Stroll's cars alleging that Racing Point had breached the rules by not using a design that had been fully created by itself.