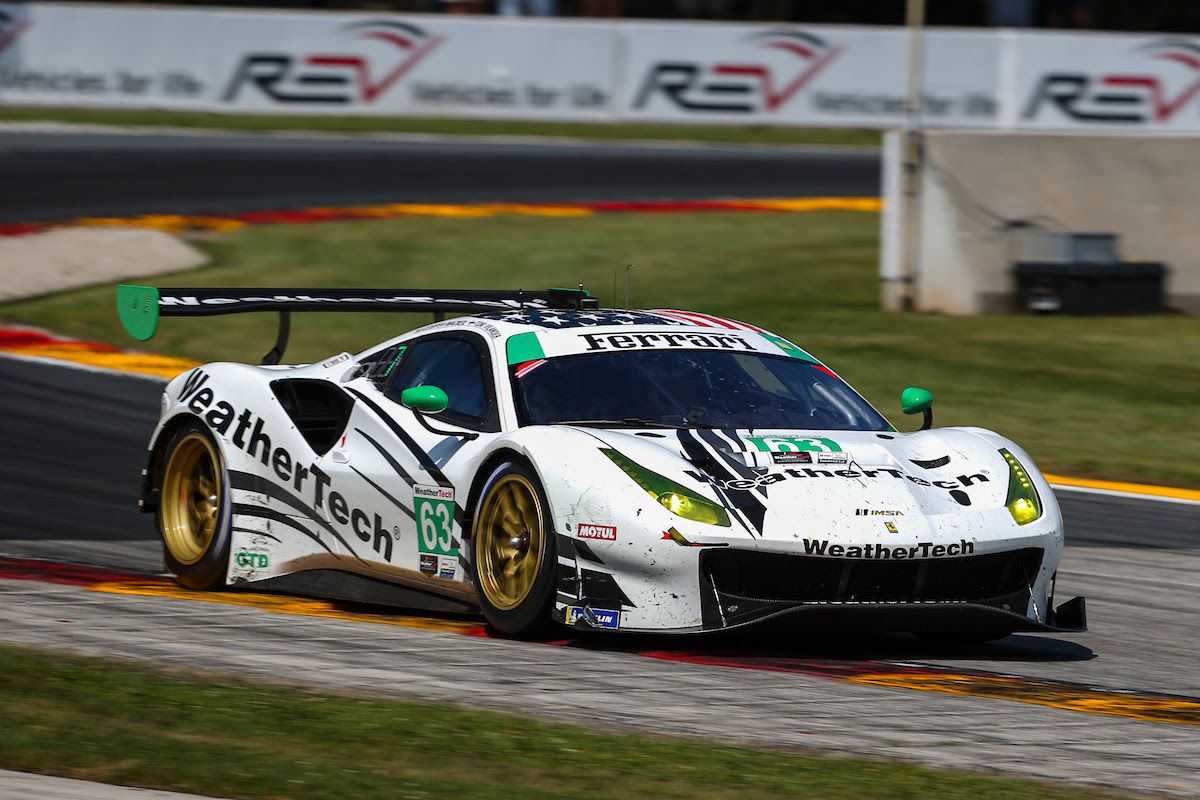 Since the IMSA WeatherTech SportsCar Championship resumed racing earlier this month, Corvette Racing’s Jordan Taylor and Antonio Garcia have been on a roll. The trick now is to keep it going.

Taylor and Garcia teamed to win the GTLM class in the IMSA WeatherTech 240 At Daytona on July 4, then followed it with a runner-up finish July 18 in the Cadillac Grand Prix of Sebring. As they approach this weekend’s main event for the IMSA SportsCar Weekend at Road America in Elkhart Lake, Wisconsin, their goal is to continue the positive results in the Corvette Racing No. 3 Chevrolet Corvette C8.R.

The victory and runner-up finish came after a fourth-place finish in the season-opening Rolex 24 At Daytona in January. That was followed by a five-month hiatus because of the coronavirus pandemic.

"It’s amazing that we’ve come out so strong after the quarantine period,” Taylor said. “No one really knew what to expect after being off (for) months; it was longer than a normal offseason without any real testing or racing. Everyone went in with that unexpected feel. It shows a lot for what Corvette Racing is about and the preparation it does behind the scenes. Even though no one could go to the race shop, the engineers were working from home and made huge strides on the C8.R.”

Like Corvette Racing, Cooper MacNeil and teammate Toni Vilander have been making strides in the GTD class. After starting the season with seventh- and fifth-place class finishes, they drove the No. 63 Scuderia Corsa / WeatherTech Racing Ferrari 488 GT3 to a second-place finish at Sebring.

At Road America, they have added incentive. MacNeil, who grew up a few hours’ drive from the 14-turn, 4.048-mile circuit, is a shareholder in the facility.

“For me, the place is quite special,” MacNeil said. “I grew up watching my father race SCCA and vintage races there, as well. To say it’s grassroots for me is an understatement. I love Road America. I love the racetrack. I love the venue. … There are a lot of ties to it for me.”

Garcia has been doing his homework. On Monday, he watched videos of the team’s maiden testing laps with the Corvette C8.R at Road America in 2018.

“That makes you think about how much the car has developed in almost two years,” he said. “It already was really good back then so obviously now it should be even better. So, I’m really looking forward to Friday and the first practice to see what it feels like. I was at the Chevy simulator late last week, and it felt really good.”

Their effort at Sebring, where Taylor started on the GTLM pole, was encouraging for Garcia and Taylor, who share the class lead in the driver standings.

“For us, (Sebring) was an unknown because it was the first non-Daytona track where we were competing against all the other teams,” Taylor said. “Daytona is so unique in that you can stack up well at that track and have that not be relevant anywhere else. So, it was promising that we were able to get the pole. The car was amazing all race weekend, and I think we’ve shown we can be competitive on all different kinds of tracks.”