Some of the World's Rarest Cars at Concours of Elegance 2020 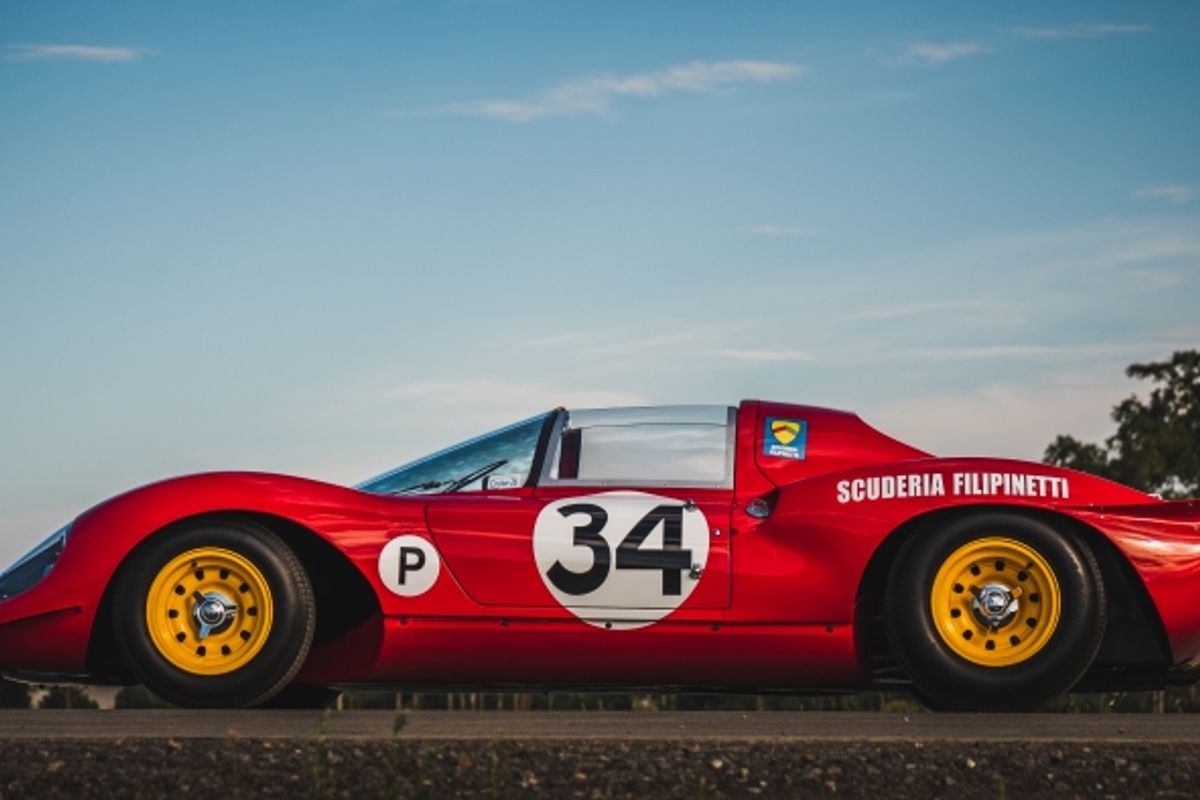 A number of exceptional new vehicles have joined Concours of Elegance 2020, exemplifying the event’s dedication to ‘the world’s rarest cars’
A one-of-17 Porsche 356 America Roadster, is joined by a one-of-57 (of which only 16 are thought to remain) Aston Martin Cloverleaf
Stunning Ferrari Dino 206 SP will appear alongside one of only three manual right-hand-drive Facel Vega Facel II models, this one with just 20,000 miles since new

Established in 2012 to bring together the world’s rarest cars, the Concours of Elegance 2020 is once again set to gather the finest line-up of vehicles on display in the UK this year. Cars continue to join the event by the day, with the latest new extraordinary additions so rare that it’s unlikely they’ll ever have been seen together before in the UK.

Acclaimed in 2019 as the Motoring Spectacle of the Year, the 2020 Concours of Elegance on 4-6 September will gather more than 1,000 cars in the beautiful gardens of Hampton Court Palace. However, at its heart is a collection of around 60 of the rarest, most beautiful and most innovative cars ever built. So fierce is the competition for a space in this line-up, that cars must be hand-picked by a committee of global motoring experts. These are just the latest additions to that line-up:

Porsche 356 America Roadster
This isn’t technically a Speedster, but the Type 540 –known more commonly as the America Roadster–started the idea. The air-cooled, 1.5-litre flat-four produces 70 horsepower, which may not sound like much until you realize that in 1953 the regular 356 produced just 40. Not to be confused with the 356 Speedster—that came later and cost two-thirds the price—America Roadsters weren’t a commercial success. U.S. importer Max Hoffman convinced Porsche it needed a lightweight convertible to compete with the best from Jaguar. But the production methods used to create the America Roadster’s aluminium body proved to be too expensive, and in 1952 Porsche built only 17 units before its discontinuation in 1953.

Ferrari Dino 206 SP
As is well known, Ferrari was challenged by Ford at Le Mans in the mid-’60s and responded with a series of Sports Prototypes; the 330P-series. Early in February of 1966 Ferrari introduced the 4-litre 330P3 to the press in Maranello, alongside the smaller all-new Dino 206 SP. It was Ferrari’s intention to build 50 of these smaller V6 cars to qualify them for homologation as two-litre Group 4 sports cars. For various reasons that never happened and only 17 of these cars were created, including this example here, which raced at the 1000km of Nurburgring and the 12 Hours of Sebring.

Aston Martin Cloverleaf
The chassis no. 1926 produced in 1923 is one of the oldest road-going production Aston Martin models in existence. Only 57 ‘Bamford and Martin’ Aston Martins were made in total and it’s estimated that fewer than 16 examples still exist around the world, in one form or another. Lionel Martin’s own Cloverleaf was scrapped in the 1930s. This machine is almost identical to Lionel Martin’s own Cloverleaf and took 2nd place at Aston Hill in1924. XR1981was competitively driven until the end of the 1960s, in the course of which it won the prestigious St John Horsfall Trophy race at Silverstone in 1969. It then languished in the family garage, unused for nearly 40 years, before undergoing a five-year restoration that brought the car to its current condition.

Facel Vega Facel II
Founded by Jean Daninos in 1939, Forges et Ateliers de Construction d'Eure-et-Loir (FACEL) specialised in the construction of aircraft components and metal furniture, before turning its hand to luxury cars like the Facel II. Powered by a 355-horsepower Chrysler V-8, the four-passenger Facel II was not only one of the fastest cars, but also one of the fastest accelerating – in fact it was quicker from 0-60mph than the Aston Martin DB4 and Mercedes 300SL Gullwing, while also boasting Rolls-Royce-like comfort. This example was the original press car, one-of-three right-hand-drive manual examples and has covered just 20,000 miles since new.

As well as its main line-up of cars the 2020 Concours of Elegance will include unique coachbuilt Alfa Romeos, priceless pre-war Rolls-Royces, the McLaren F1 GTRs that finished 1st, 3rd, 4th, 5th and 13th at Le Mans 24 Hours 25 years ago, a display of future classics and a new Junior Concours celebrating the best of half-scale cars. In total, nearly 1,000 cars will be on display over the course of the weekend.