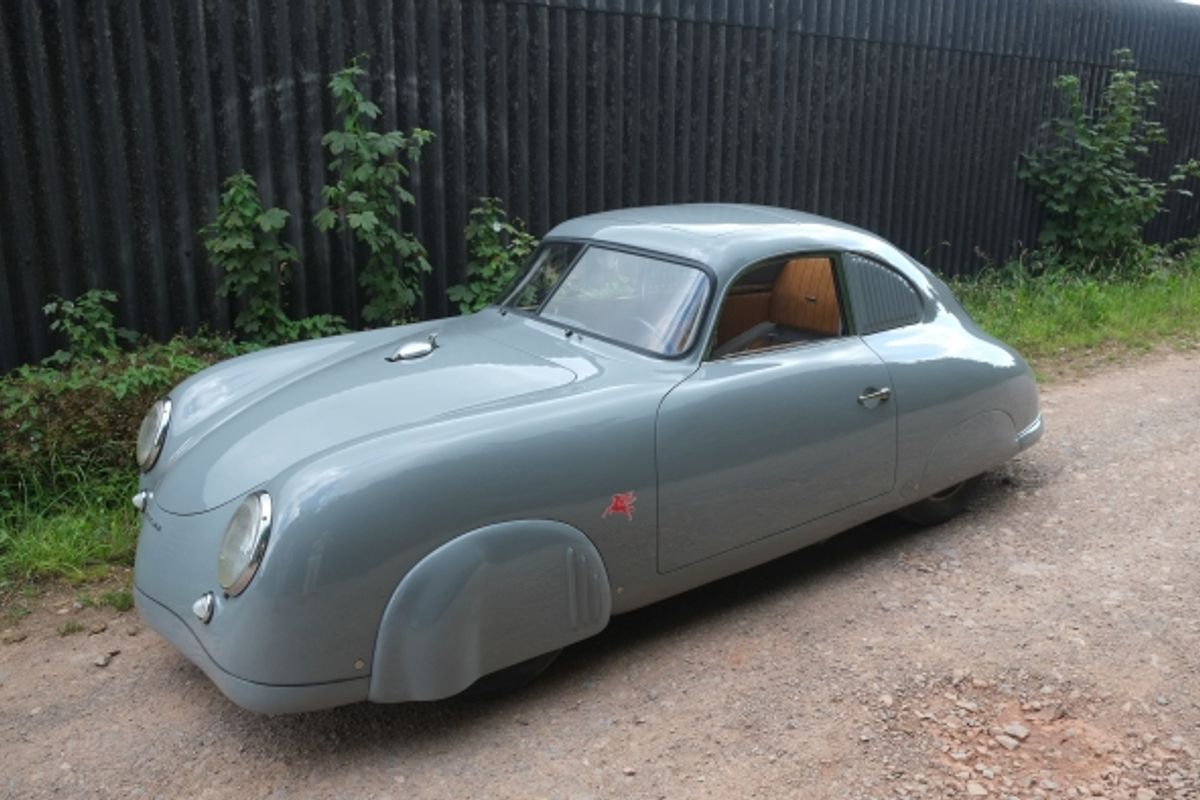 LATEST RESULTS ANNOUNCED IN THE CONCOURS VIRTUAL IN AID OF UNICEF

Class H: The Outlaws – Modified German Aircooleds brought together some of the best custom-built VWs and Porsches from around the world, from home-built sleepers to the creations of master outlaw builder Rod Emory.

Chief judge Jay Ward commented, “This was a tough class, with 10 of the 14 cars receiving nominations from the judges.”

The judges finally settled on the Porsche 356 Streamliner owned by Delwyn Mallett in the UK. The project took over 40 years to complete and started well before the term ‘Outlaw’ had been coined to describe modified Porsches. The end result - a fantastic homage to the Gmünd race cars of the 1950s and a very special Porsche.

In second place was the Emory Special built by Rod Emory for John Oates of Hall & Oates fame.

The people’s vote went to the fabulous 1967 VW Beetle Cal-look ‘Red Zeppelin’ owned by Jay Clarke. This was built by Jay Clarke and his brother Matt over six years of weekends, in a single council lock-up garage in east London.

Concours Virtual: Poster Cars of the 1960s, 70s and 80s
Sponsored by The Chief of Staff Association

The Poster cars of the 1960s, 70s and 80s had one of the biggest line-ups in the Concours, with 21 cars vying for the attention of the public and the jury. These were the supercars teenagers dreamed of, posters of which would have been pinned to bedroom walls.

For the judges there was a clear winner – the 1973 Lamborghini Countach LP400. In the opinion of the judges, not only is the model the definitive poster car, this particular car entered, being the prototype and oldest Countach, is probably the most important Countach in the world.

The people’s vote shows what can happen when enthusiasts of a particular model get behind it and vote in numbers. The Bill Thomas Race Cars Cheetah is not an obvious Poster Car for the masses but it is a great looking and important car.

Concours Virtual: 70 years of Formula One
Sponsored by Hexagon Classics

Some of the most important Formula 1 cars were on show in this class, celebrating 70 years of the Formula 1 World Championship. From the very first BRM Type P15 Chassis Number 1 (1950), which Fangio considered ‘the best Formula 1 car ever made’ to the breathtakingly beautiful 1991 Ferrari 643, which featured as a work of art in the Museum of Modern Art in New York.

The judges’ vote and the car going through to be considered for Best in Show went to the 1982 BRM P578. Known as ‘Old Faithful’, this was the car that took Graham Hill to a world championship. As chief class judge Bill Warner said, “in period this was a technological tour de force. The McLaren and JPS Team Lotus tied in second place in the first round of judging but the Lotus won through as it was seen to be an innovator, whilst the McLaren was the last of a breed.”

The people's vote went to the earlier BRM Type 15 V16. Its contribution to the careers of many of its drivers was seen as fundamental to its succession gaining public votes.

Class J: 70 years of Formula One